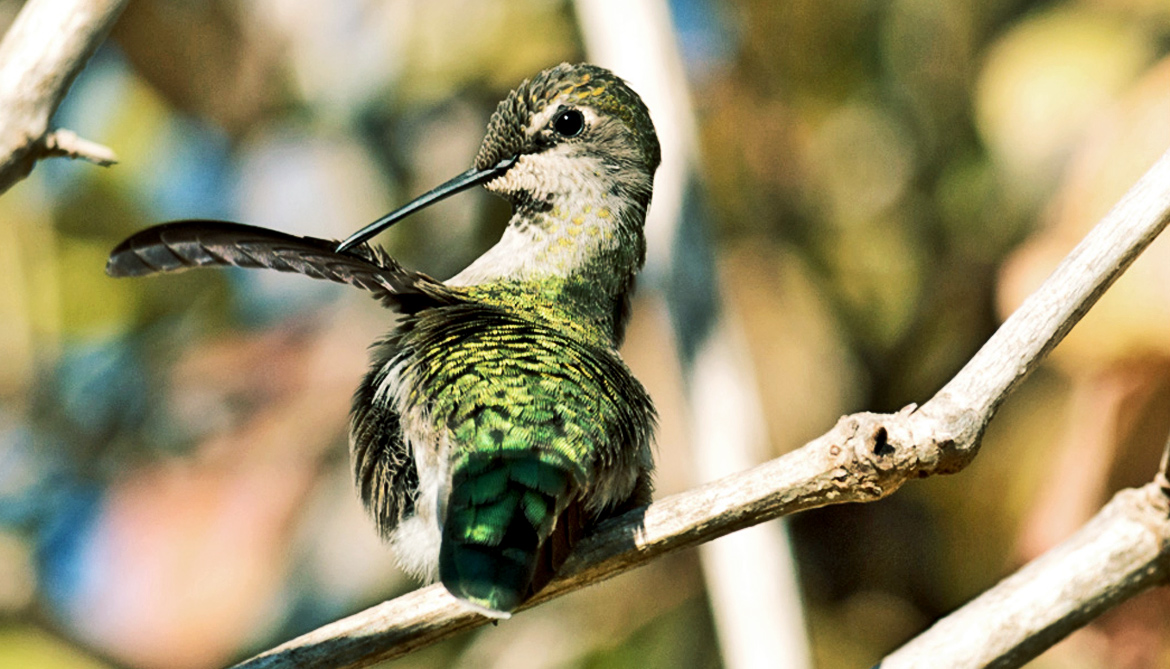 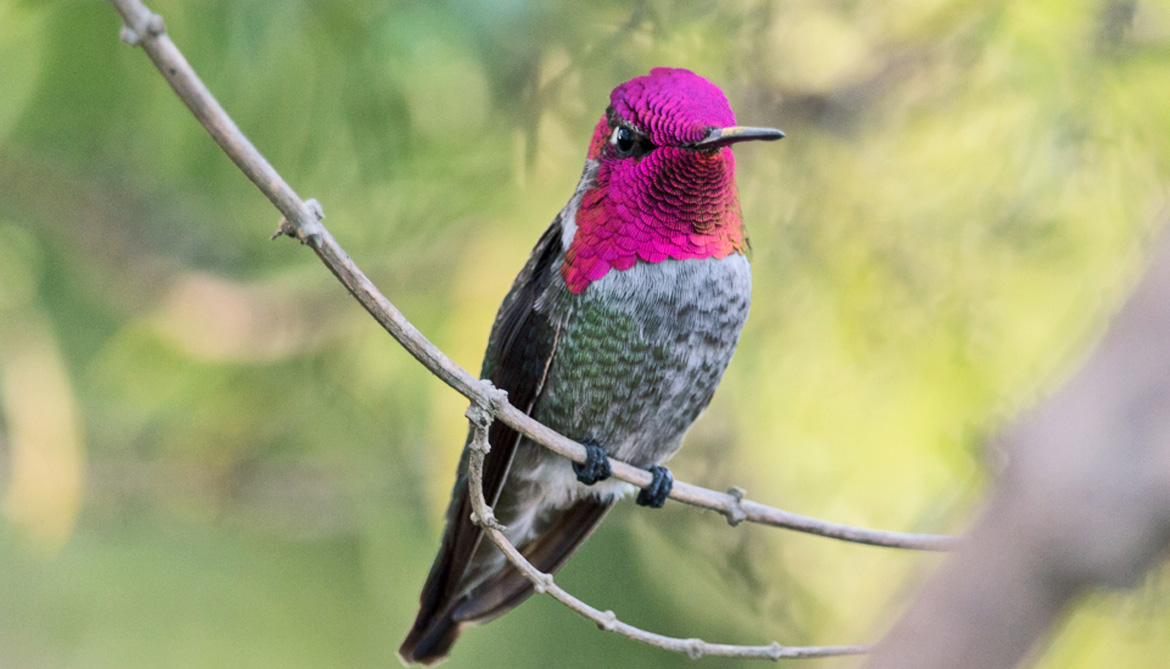 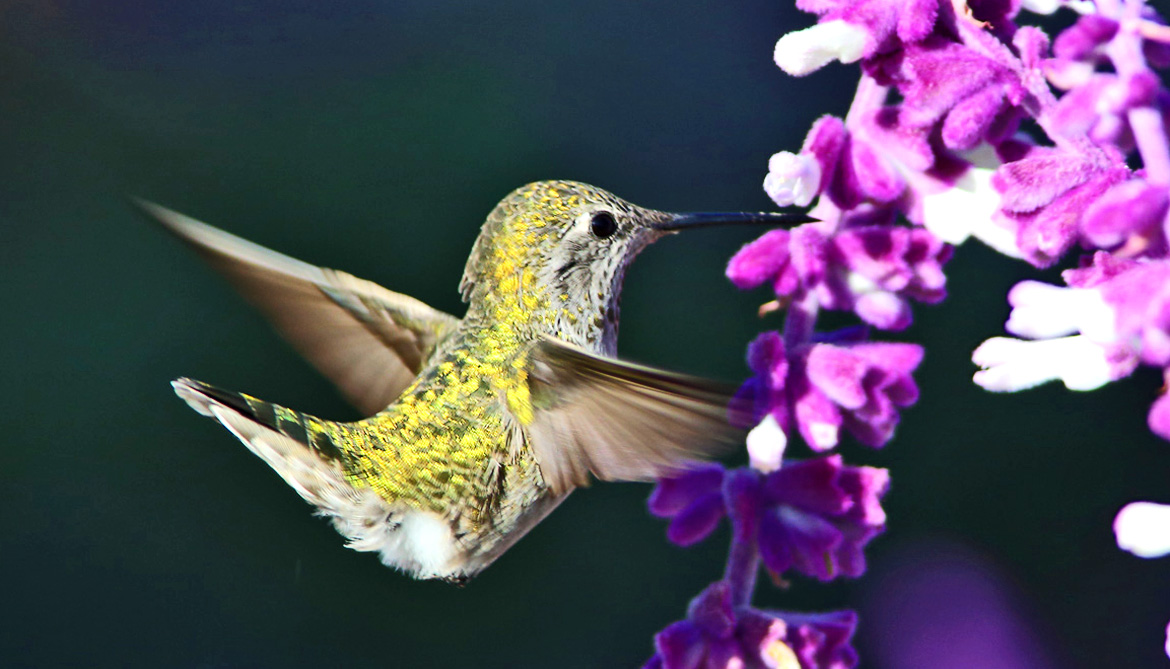 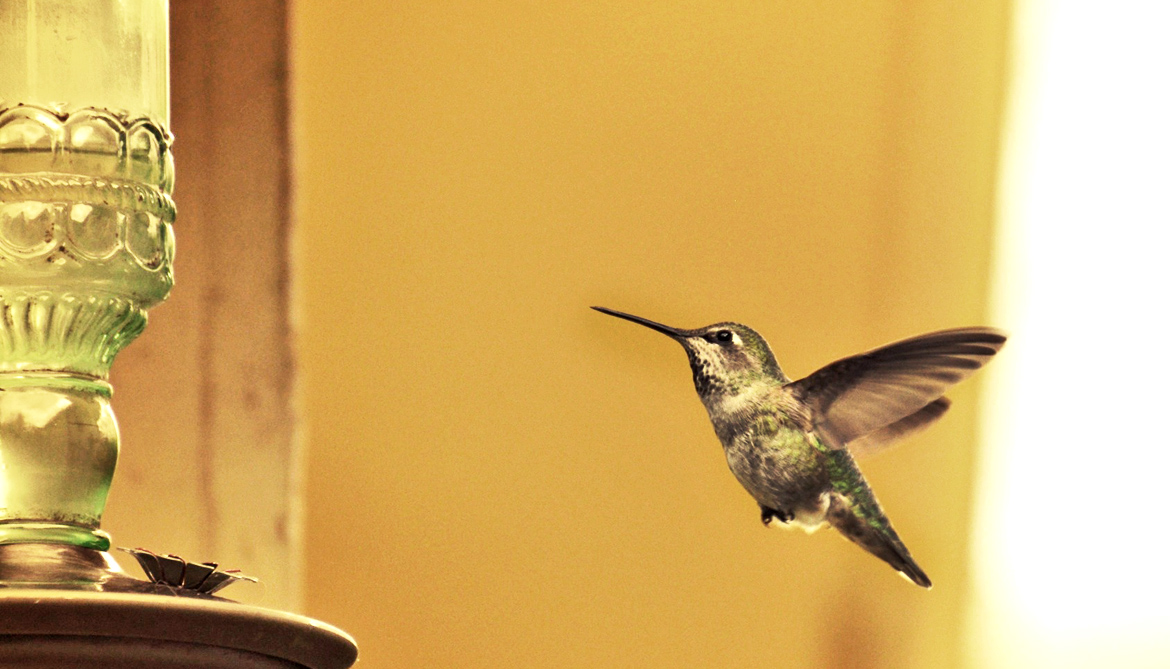 Scientists have used more than a million fine samples of aerodynamic force and airflow combined to determine what makes a hummingbird’s wings so good at hovering.

The team led by David Lentink, an assistant professor of mechanical engineering at Stanford University, believes that the results could have significant impacts in both aerodynamic research and in advancing bio-inspired designs of drones and other aircraft.

The research centers on an investigation of wing aspect ratios—the ratio of the wing’s length to its breadth, or chord. Most airplanes and helicopters have wings or blades with high aspect ratios—that is, they tend to be long and slender. This high aspect ratio performs exceptionally well at low angles of attack, when the wings are more or less parallel with the ground, and especially when they rotate or glide.

At more aggressive angles, however, the airflow over the wing becomes unstable and separates from the surface and flight can stall.

Most flying animals, including the hummingbird, have wings with remarkably low aspect ratios, short and stubby.

“Scientists have long observed how these animals’ wings allow them to hover or fly very slowly, and even avoid stalling when beating at a steep angle of attack, but how they manage to do so has remained a complicated mystery,” Lentink says.

To unravel this physics problem, Lentink and his colleagues mounted wings from museum specimens of Anna’s hummingbirds to a spinning device, and monitored how air flowed around the wing as it beat in a pattern that mimicked hovering.

They found that the leading edge of the wing created a stable tornado-like vortex in the air, similar to those previously observed by other scientists studying live hovering hummingbirds.

To understand the role of wing stubbiness in this ability, the team studied a wide range of model hummingbird wings ranging from low to intermediate to large aspect ratios.

They found that the high aspect ratio wings typical for helicopters were extremely efficient at low angle of attack, but stalled as predicted at the steeper angles of hummingbirds. At those higher angles the intermediate hummingbird wings required about 20 percent less power to hover than helicopter blades needed.

The researchers examined flow physics representative for all hummingbird species—from the 2-inch-long bee hummingbird to the 8-inch giant hummingbird—as well as a selection of other flying animals from insects to small bats. They determined that very low aspect ratio wings, similar to wings of flies, were least effective, and that although very slender wings did generate a vortex, it did not extend over the entire length.

The work suggests that the sweet spot for vortex stability is 4 chord lengths from the base of the wing; beyond that radial position the wing stalls. Interestingly, this might be why most hummingbirds—as well as the majority of insects, bats, and other birds—naturally have aspect ratios between 3 and 4.

“More research with flapping wings is needed, but this finding points toward a remarkable example of evolutionary convergence,” Lentink says.

“It can also explain the big divide between engineering and biological wing design. If you operate at low angle of attack, you want to use a super-efficient helicopter blade, but if you need to avoid stall at high angles, you better select a stubby hummingbird wing.”

In addition to solving an ages-old aerodynamics question, this work, Lentink says, will be instrumental in designing quadcopters that need to be able to hover or fly slowly in turbulent air. If a gust suddenly increases the angle of attack of the rotor blade, Lentink says, the copter won’t stall if the rotor blade has a similar aspect ratio as the hummingbird, and it will require less power to keep the blade spinning.

As people locked down, birds lived large in the city