"What people might not realize when they board a plane is that they can share the flight with a myriad of microscopic passengers— including house dust mites—that take advantage of humanity's technological progress for their own benefit," says Pavel Klimov. (Credit: "airplane cabin" via Shutterstock) 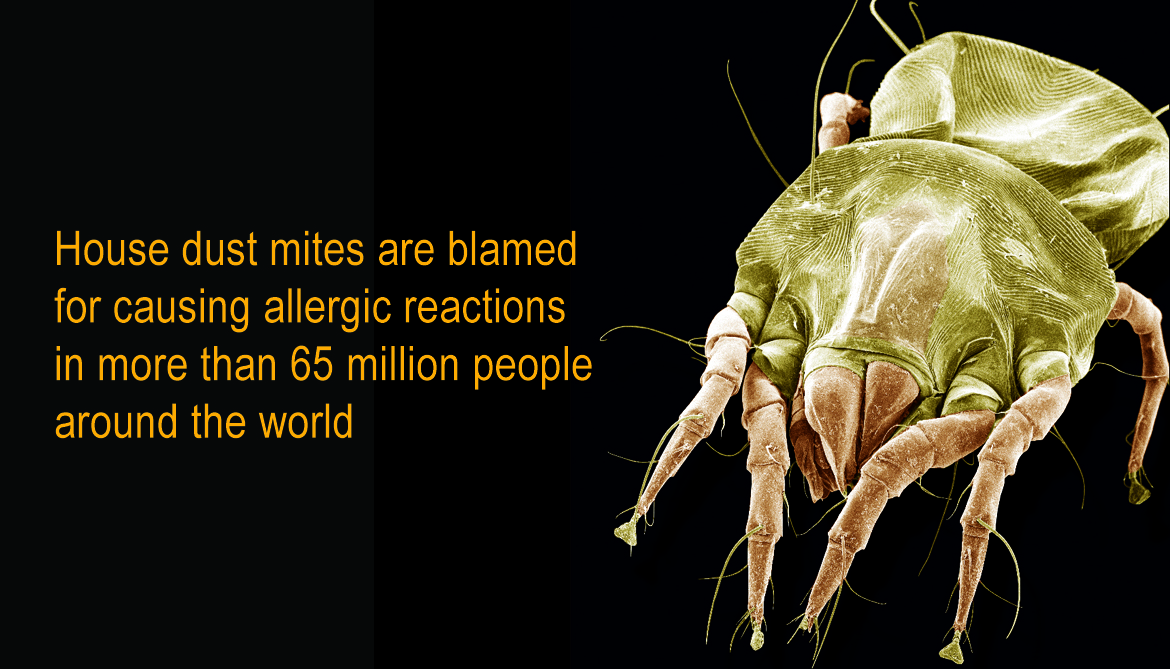 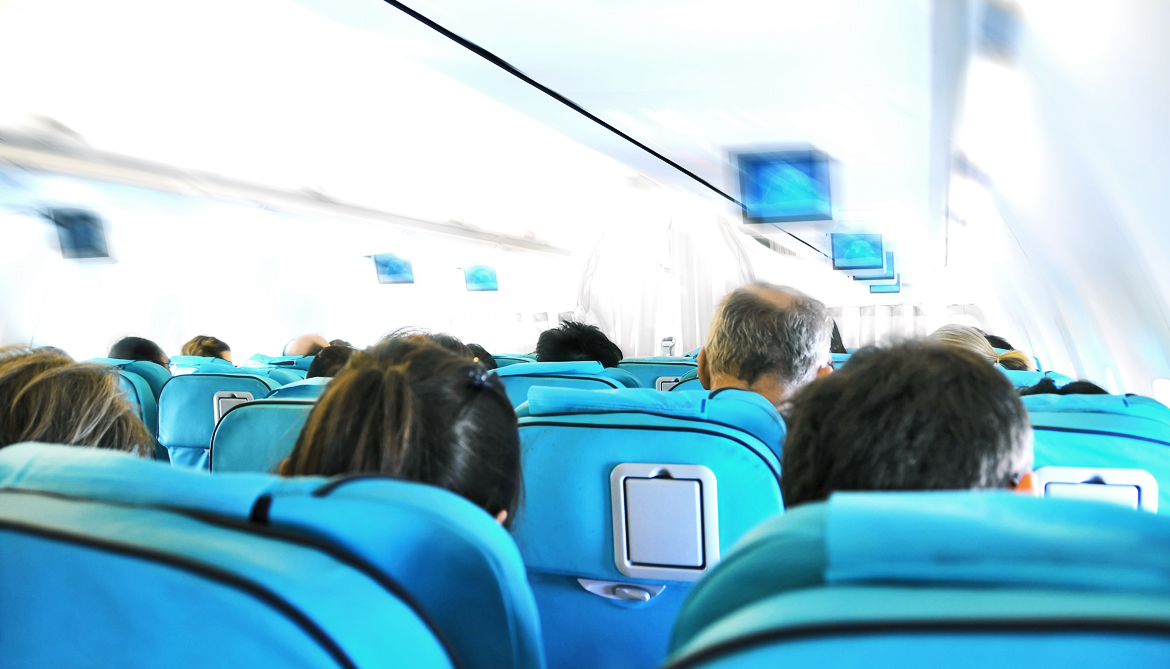 That airplane you take to get home for the holidays may be a lot more crowded than you think. You’re probably sharing your seat with thousands of microscopic creatures—including house dust mites.

Air travel likely explains some of the findings of a new genetic study that looked at the connections between house dust mite populations in the United States and South Asia.

Genetic mutations shared by mites in the US and Pakistan show the eight-legged creatures’ propensity for intercontinental dispersal, says Pavel Klimov, assistant research scientist in the ecology and evolutionary biology department at University of Michigan.

“What people might not realize when they board a plane is that they can share the flight with a myriad of microscopic passengers— including house dust mites—that take advantage of humanity’s technological progress for their own benefit.

“House dust mites can easily travel on an airline passenger’s clothes, skin, food, and baggage. Like humans, they use air travel to visit new places, where they establish new populations, expand their ranges, and interact with other organisms through various means.”

Published in the journal PLOS ONE,  the study focuses on two medically important mite species, the American and European house dust mite. Both species have global distributions, though the former is more abundant in the US.

“What we found suggests that mite populations are indeed linked through migration across continents, though geographic differences still can be detected,” says visiting scholar Rubaba Hamid. “Every time a mite successfully migrates to a new place, it brings its own genetic signature that can be detected in the resident population a long time after the migration event.”

Ancestors of the two species in the study probably separated from each other nearly 81 million years ago—long before the origin of humans—when they inhabited bird nests. Today, house dust mites are blamed for causing allergic reactions in more than 65 million people worldwide and thrive in the mattresses, sofas, and carpets of even the cleanest homes.

An inactive form of this protein is used in clinics worldwide as part of the standard skin-prick test for allergies. Though the test can be inaccurate if it does not include local genetic variants of the allergy-causing protein, geographical variation in group 1 allergen proteins has not been extensively studied in the US, Klimov says.

“We need to have a better idea about the diversity of allergenic proteins around the world, and particularly in the United States.”

In genetic sequences from American house dust mites (Dermatophagoides farinae), the researchers observed mutations at 14 positions along the length of the group 1 allergen gene.

All but one of the mutations are “silent,” meaning they occur at the DNA level without changing the amino acid structure of the protein. Only mutations at the protein level have medical significance because they can change allergenic properties.

“The most unexpected result was the finding that a previously unknown mutation occurred at the active site of the protein at position 197,” Klimov says. “This was a rare mutation, found in only a single population of house dust mite in South Asia.

Other researchers from University of Michigan and from University of the Punjab in Lahore, Pakistan, and Pir Mehr Ali Shah Arid Agriculture University are coauthors of the study. The US National Science Foundation, the Higher Education Commission, and the International Research Support Initiative Program in Pakistan, the Ministry of Education and Science of the Russian Federation, and the US National Pediculosis Association provided funding.