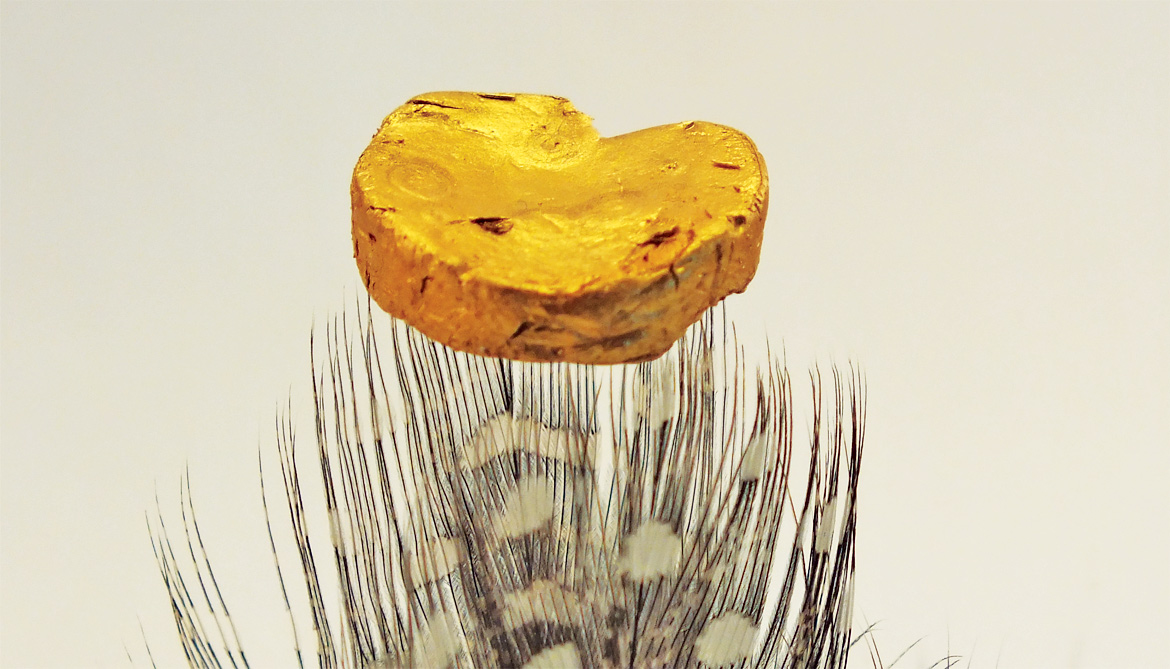 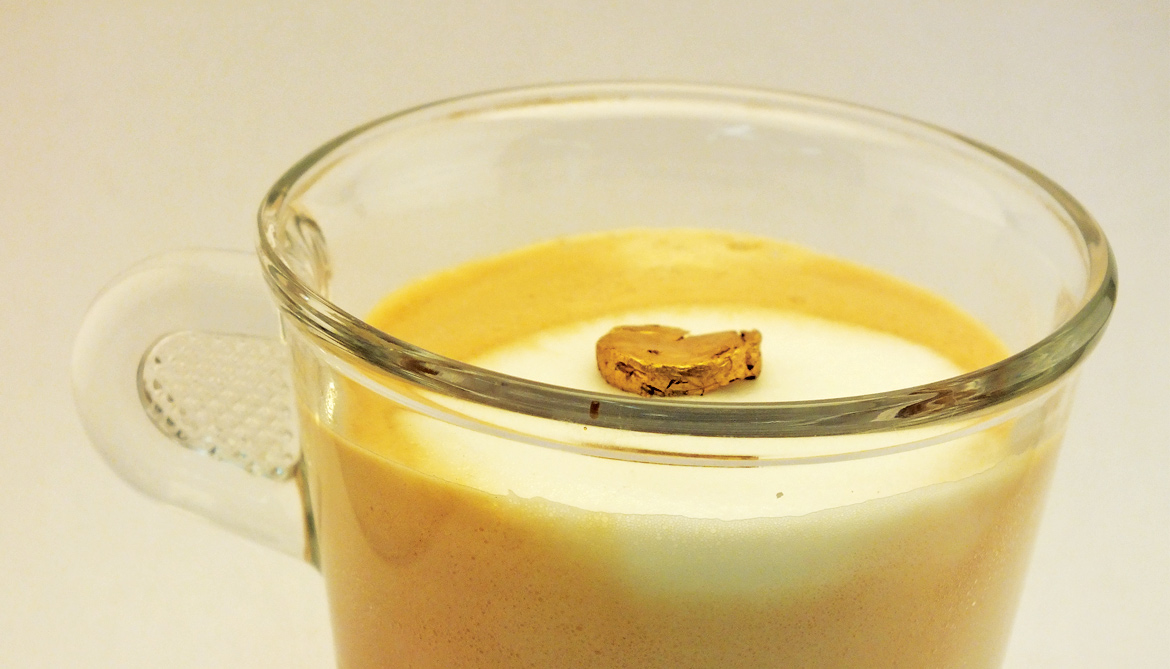 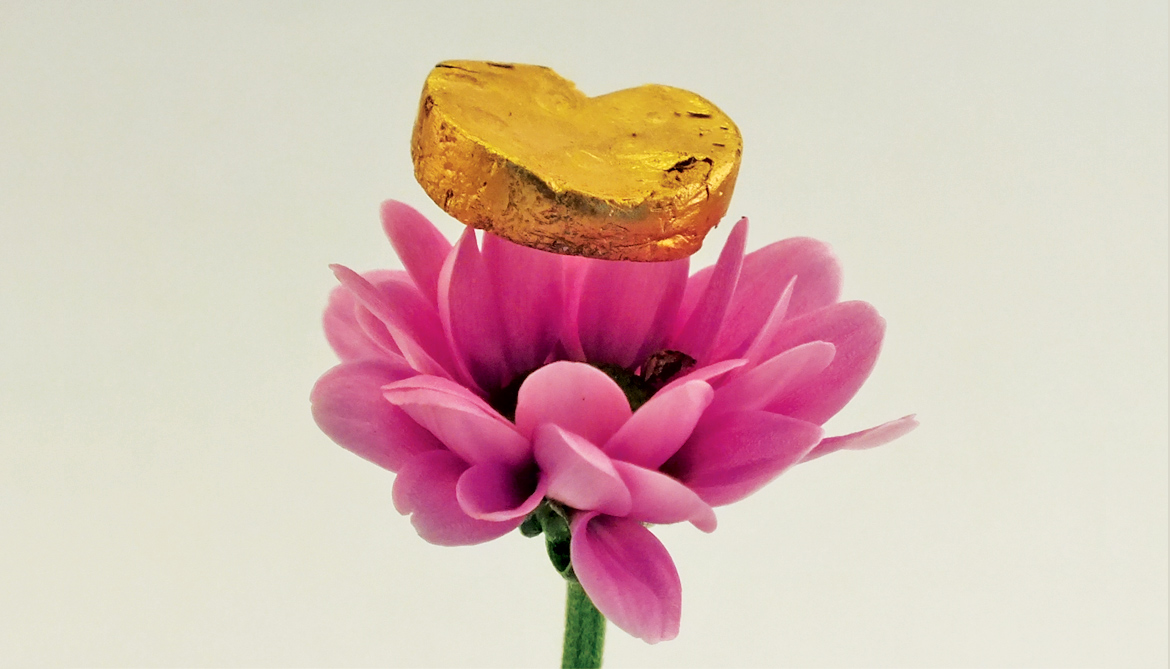 Scientists have created a new type of foam from real gold. It is the lightest gold nugget ever created.

“It is lighter than water and almost as light as air.”

Raffaele Mezzenga, professor of food and soft materials at ETH Zurich, led the team that produced the foam, which is a 3D gold mesh that consists mostly of pores.

“The so-called aerogel is a thousand times lighter than conventional gold alloys. It is lighter than water and almost as light as air,” says Mezzenga.

The new gold form can hardly be differentiated from conventional gold with the naked eye—the aerogel even has a metallic shine. But in contrast to its conventional form, it is soft and malleable by hand. It consists of 98 parts air and only two parts of solid material. Of this solid material, more than four-fifths are gold and less than one-fifth is milk protein fibrils. This corresponds to around 20 carat gold.

How to dry such a delicate material

The scientists created the porous material by first heating milk proteins to produce nanometer-fine protein fibers, so-called amyloid fibrils, which they then placed in a solution of gold salt. The protein fibers interlaced themselves into a basic structure along which the gold simultaneously crystallized into small particles. This resulted in a gel-like gold fiber network.

“One of the big challenges was how to dry this fine network without destroying it,” explains Gustav Nyström, postdoctoral researcher in Mezzenga’s group and first author of the study in the journal Advanced Materials. As air-drying could damage the fine gold structure, the scientists opted for a gentle and laborious drying process using carbon dioxide.

This method, in which the gold particles are crystallized directly during manufacture of the aerogel protein structure (and not, for example, added to an existing scaffold) is new. The method’s biggest advantage is that it makes it easy to obtain a homogeneous gold aerogel, perfectly mimicking gold alloys.

The manufacturing technique also offers scientists numerous possibilities to deliberately influence the properties of gold in a simple manner.

“The optical properties of gold depend strongly on the size and shape of the gold particles,” says Nyström. “Therefore we can even change the color of the material. When we change the reaction conditions in order that the gold doesn’t crystallize into microparticles but rather smaller nanoparticles, it results in a dark-red gold.”

The new material could be used in many of the applications where gold is currently being used, says Mezzenga. The substance’s properties, including its lighter weight, smaller material requirement, and porous structure, have their advantages.

Applications in watches and jewelry are only one possibility. Another application is chemical catalysis: since the highly porous material has a huge surface, chemical reactions that depend on the presence of gold can take place efficiently. The material could also be used in applications where light is absorbed or reflected.

Finally, the scientists have also shown how it becomes possible to manufacture pressure sensors with it. “At normal atmospheric pressure the individual gold particles in the material do not touch, and the gold aerogel does not conduct electricity,” explains Mezzenga. “But when the pressure is increased, the material gets compressed and the particles begin to touch, making the material conductive.”