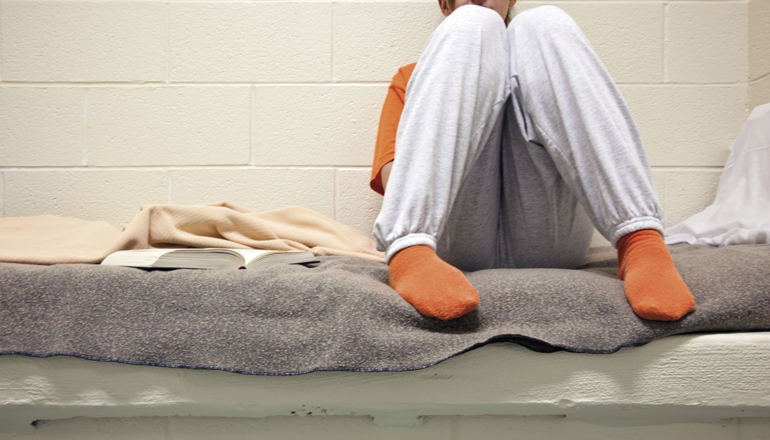 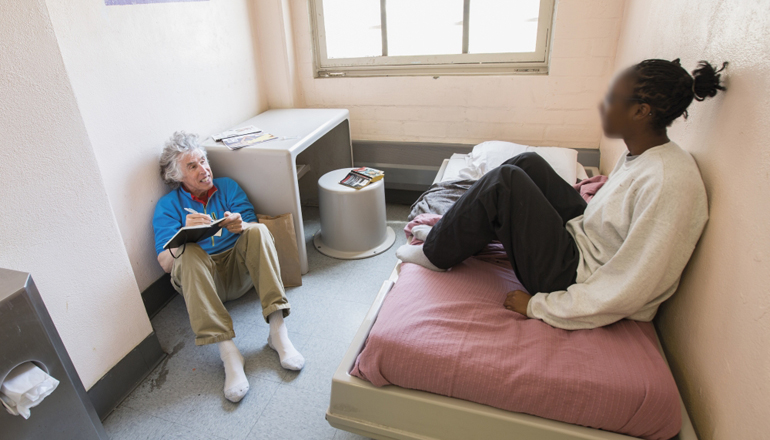 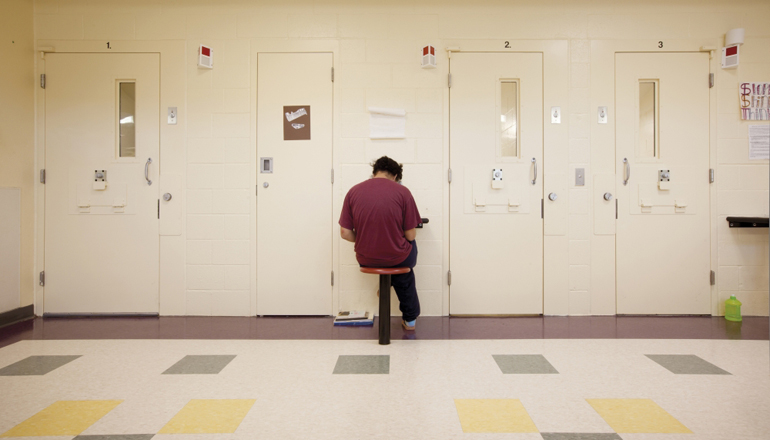 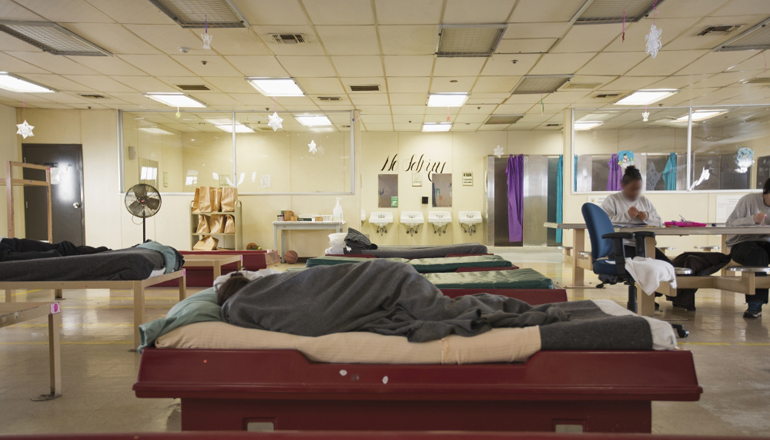 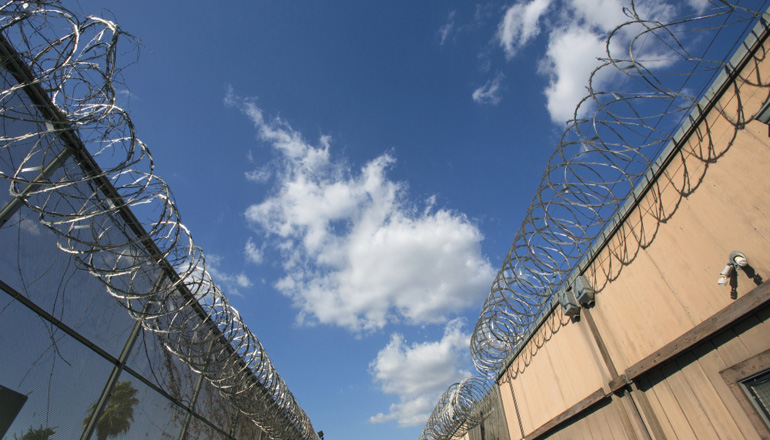 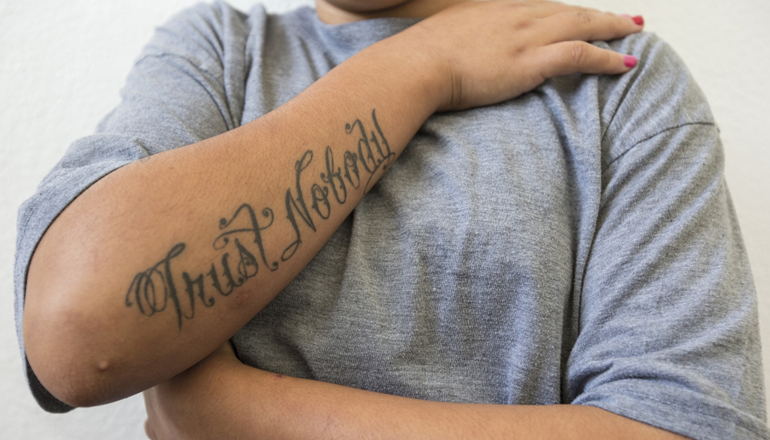 A new book, Girls in Justice, uses photography to depict the lives of girls confined to detention centers.

They range in age from 11 to 18, and most are there for low-level crimes—simple assaults; public order, property, drug, or status offenses; or technical violations.

And most—nearly 75 percent—are victims of physical and sexual violence.

“A lot of them are here because there’s no place else for them to go,” says Ross, a professor of art at University of California, Santa Barbara. “Much of the judicial system feels handcuffed by the lack of proper facilities in the community for girls, and many feel they have no recourse but detention.”

And that, he adds, simply “kicks the can down the road” by failing to address the circumstances that landed the girls in detention in the first place.

Ross has become a de facto expert on the subject of girls in detention, having visited over 300 sites across the country and interviewed more than 1,000 young people. “It’s a story that has to be told, and I seem to be the one who’s able to act as a conduit for these very fragile voices from these families that have no resources, from communities that have no power,” he says.

All projects have their DNA in something else, and Girls In Justice is ultimately rooted in Ross’ project “Architecture of Authority,” which looks at architectural spaces that exert power over the individuals—oftentimes children—within them.

That in turn led to Juvenile In Justice, which documents the placement and treatment of juveniles in facilities that are meant to assist, confine, and/or punish them. Girls In Justice redirects the spotlight to girls in the system.

Overall, arrest rates for juveniles have decreased across the country, but the percentage of girls in the system is increasing, Ross notes. “So it was natural for me to say I had to focus on girls,” he says. “And they’re much more victimized. I’m doing this to make people aware of what’s going on.”

Ross’ ultimate goal is to change legislation and, by extension, change the outcomes for children in detention. “And I want to do that by talking to the kids themselves,” he says. “My home institution of training is art, and maybe I’m able to make a difference for only one-half of one percent, but it’s unbelievably gratifying as an artist to be able to do it.”

With that in mind, Ross provides images free of charge to any organization championing the rights and treatment of youth. “I’m offering them to nonprofits for use in making their data and statistics more apparent that lives are in the balance,” he says.

The work requires a blend of artistic vision, sensitivity, and a high degree of emotional intelligence, Ross adds. “I sit on the floor of the cells and I listen to the kids. You have to know how to ask questions and you have to know how to listen,” he says. “And if a kid doesn’t want to talk to you, be patient. Because you know their day is a lot worse than yours.”

More information about Girls In Justice and Juvenile In Justice can be found at Ross’s website.