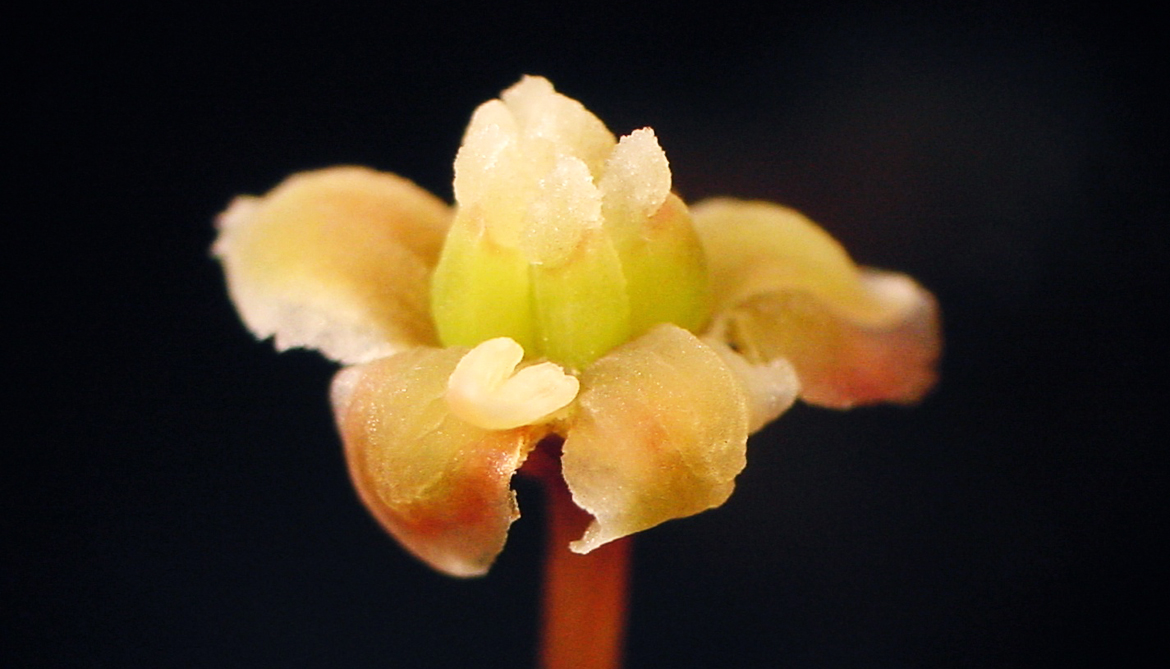 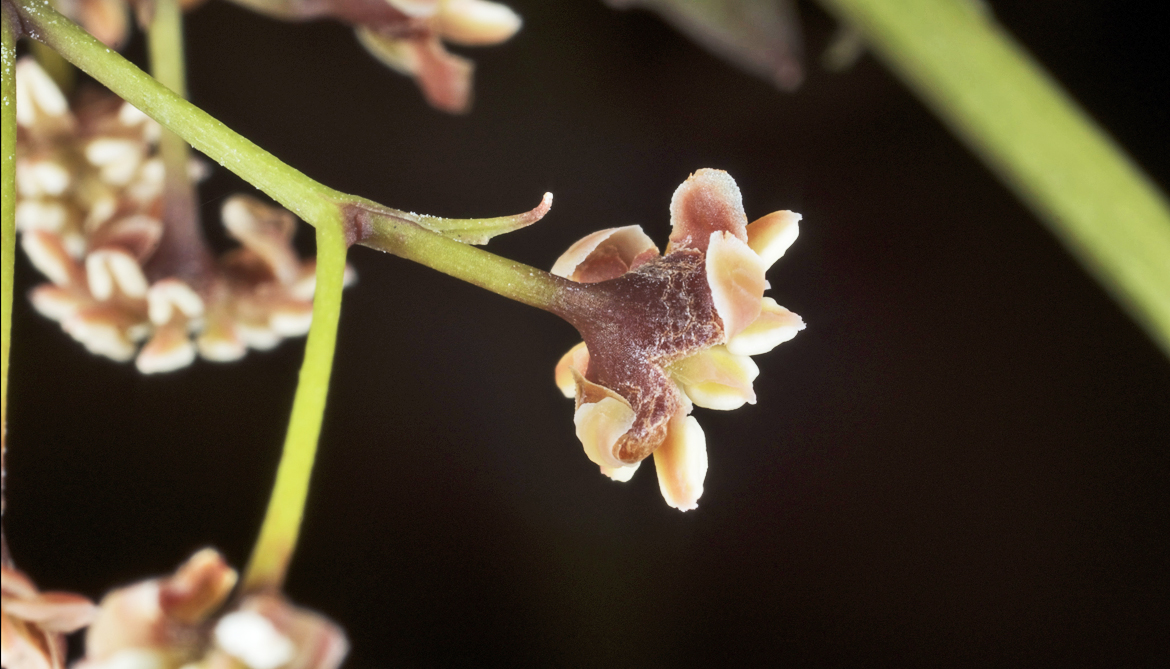 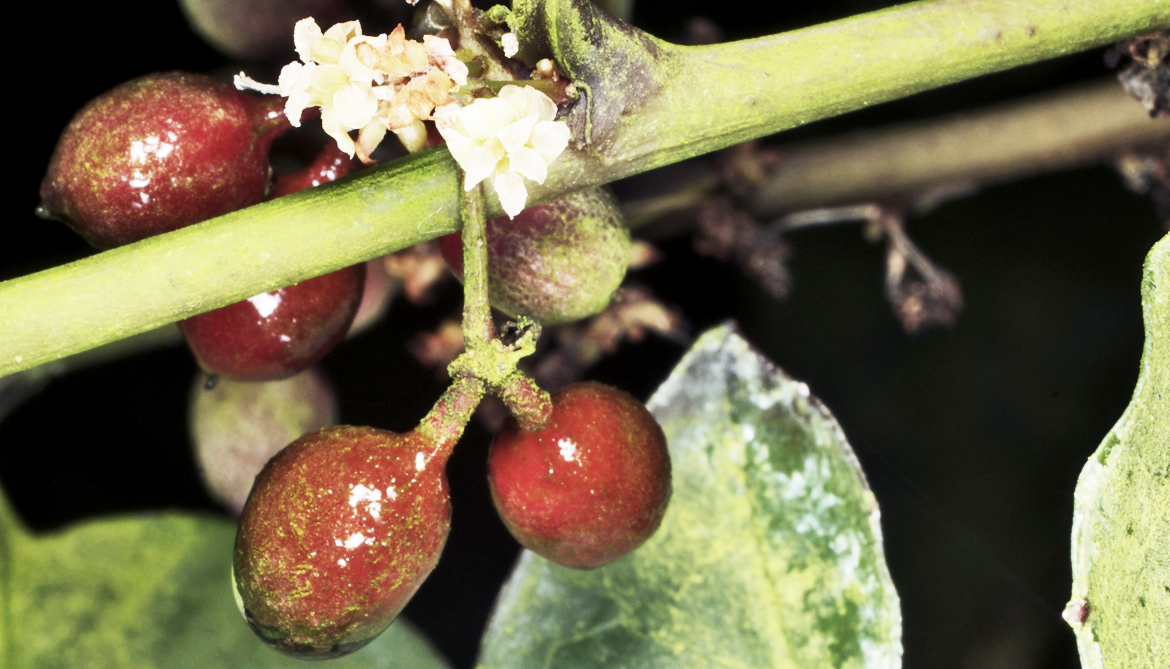 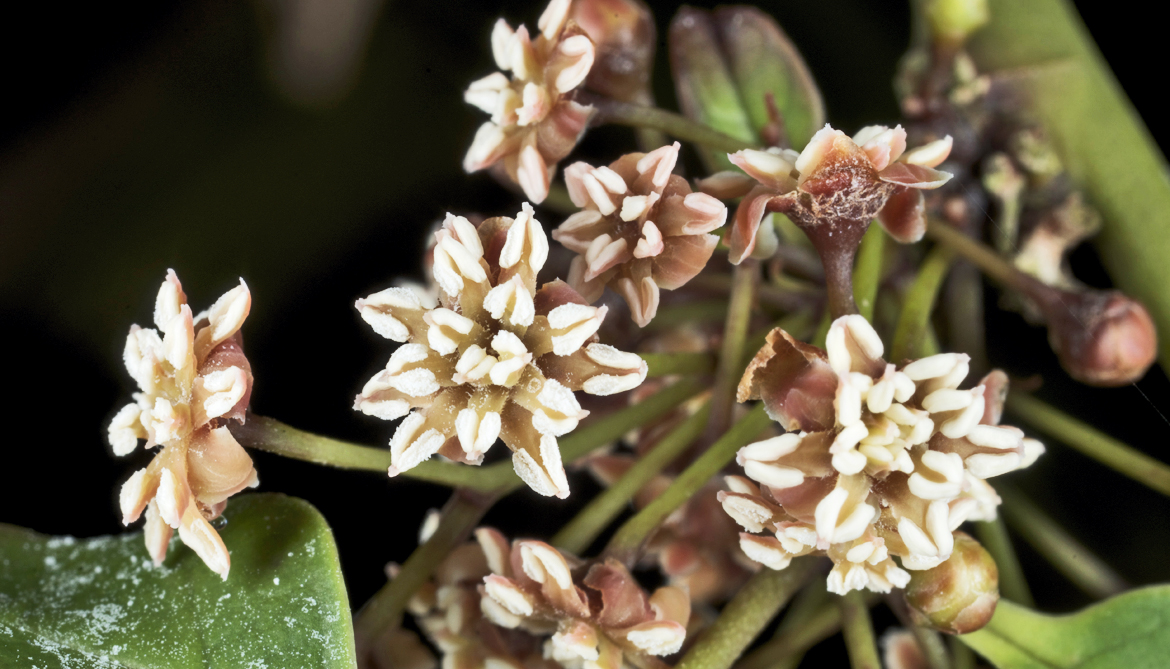 The newly sequenced genome of the Amborella plant addresses Darwin’s “abominable mystery:” Why did flowers suddenly proliferate on Earth millions of years ago?

A new paper by the Amborella Genome Sequencing Project, including a full description of the analyses performed by the project, and implications for flowering plant research, appears in Science.

Amborella (Amborella trichopoda) is unique as the sole survivor of an ancient evolutionary lineage that traces back to the last common ancestor of all flowering plants. The plant is a small understory tree found only on the main island of New Caledonia in the South Pacific.

An effort to decipher the Amborella genome is uncovering evidence for the evolutionary processes that paved the way for the amazing diversity of the more than 300,000 flowering plant species we enjoy today.

This unique heritage gives Amborella a special role in the study of flowering plants. “In the same way that the genome sequence of the platypus—a survivor of an ancient lineage—can help us study the evolution of all mammals, the genome sequence of Amborella can help us learn about the evolution of all flowers,” says Victor Albert of the University at Buffalo.

Scientists who sequenced the Amborella genome say that it provides conclusive evidence that the ancestor of all flowering plants, including Amborella, evolved following a “genome doubling event” that occurred about 200 million years ago. Some duplicated genes were lost over time but others took on new functions, including contributions to the development of floral organs.

“Genome doubling may, therefore, offer an explanation to Darwin’s “abominable mystery”—the apparently abrupt proliferation of new species of flowering plants in fossil records dating to the Cretaceous period,” says Claude dePamphilis of Penn State. “Generations of scientists have worked to solve this puzzle,” he adds.

Comparative analyses of the Amborella genome are already providing scientists with a new perspective on the genetic origins of important traits in all flowering plants—including all major food crop species.

“Because of Amborella’s pivotal phylogenetic position, it is an evolutionary reference genome that allows us to better understand genome changes in those flowering plants that evolved later, including genome evolution of our many crop plants—hence, it will be essential for crop improvement,” stresses Doug Soltis of the University of Florida.

How are flowering plants different?

As another example of the value of the Amborella genome, Joshua Der at Penn State notes, “We estimate that at least 14,000 protein-coding genes existed in the last common ancestor of all flowering plants. Many of these genes are unique to flowering plants, and many are known to be important for producing the flower as well as other structures and other processes specific to flowering plants.”

Jim Leebens-Mack from the University of Georgia notes that, “The Amborella genome sequence facilitated reconstruction of the ancestral gene order in the ‘core eudicots,’ a huge group that comprises about 75 percent of all angiosperms. This group includes tomato, apple, and legumes, as well as timber trees such as oak and poplar.”

As an evolutionary outsider to this diverse group, the Amborella genome allowed the researchers to estimate the linear order of genes in an ancestral eudicot genome and to infer lineage-specific changes that occurred over 120 million years of evolution in the core eudicot.

At the same time, Amborella seems to have acquired some unusual genomic characteristics since it split from the rest of the flowering plant tree of life. For example, DNA sequences that can change locations or multiply within the genome (transposable elements) seem to have stabilized in the Amborella genome.

Most plants show evidence of recent bursts of this mobile DNA activity, “But Amborella is unique in that it does not seem to have acquired many new mobile sequences in the past several million years,” states Sue Wessler of the University of California, Riverside.

“Insertion of some transposable elements can affect the expression and function of protein-coding genes, so the cessation of mobile DNA activity may have slowed the rate of evolution of both genome structure and gene function.”

In addition to its utility in retrospective studies of the evolution of flowering plants, the Amborella genome sequence offers insights into the history and conservation of Amborella populations. There are only 18 known populations of this very special angiosperm in mountainous regions New Caledonia.

“Resequencing of individual Amborella plants across the species’ range reveals geographic structure with conservation implications plus evidence of a recent, major genetic bottleneck,” notes Pam Soltis of the University of Florida. A similar narrowing of genetic variation occurred when humans migrated from Africa to found modern-day Eurasian populations.

The complete genome sequence of Amborella has been deposited in Genbank—the US National Institutes of Health database of publicly available gene sequences—and also is available in the Amborella Genome Database.

In addition to the paper about the nuclear genome sequence, two other papers appear in this same issue, one of which reports the complete mitochondrial genome sequence of Amborella, which contains large amounts of foreign DNA resulting from horizontal transfer.

The second describes the novel assembly and validation of the nuclear genome using a combination of approaches that can be applied to other complex genomes of non-model species.