UC SANTA BARBARA (US) — While age-related increases in blood pressure are common in the United States, that does not seem to be the case among hunter-gatherers. 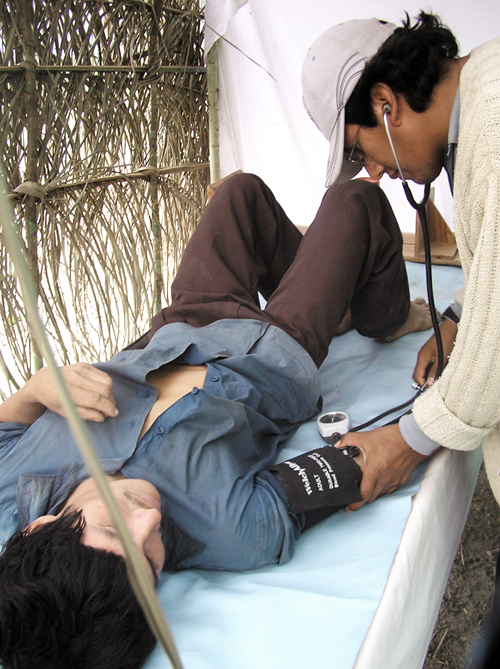 “We can learn from today’s hunters-gatherers and horticulturalists,” Gurven says. “The conditions in which they live are more similar to those likely experienced by our ancestors than those we find ourselves in today—greater exposure to pathogens, active lifestyle, high fertility, and traditional diet.

“The human body may be better adapted to those conditions, so studying chronic diseases in these populations can be very insightful.”

Among Westerners over age 40, systolic pressure increases by about 7 mm Hg per decade. Around the world, 52 other societies have blood pressure two to eight times higher than that of the Tsimane. In the United States, blood pressures are two to four times higher.

“Our classic risk factors for heart attack and stroke, such as high blood pressure, are not universal,” Gurven says. “Nor does all modernization automatically lead to poorer health, contrary to popular beliefs. While overall blood pressure was somewhat higher with more exposure to modernization, there was no evidence of a greater increase in blood pressure with age.”

Between July 2002 and December 2010, researchers measured participant’s blood pressure one to eight times during multiple physical exams in the Tsimane villages. Degree of modernization was based on village distance to the nearest town, smoking status, Spanish fluency, and education level.

Researchers from the University of New Mexico contributed to the study, which was funded by the National Institute on Aging.

How many adults choose to be childfree?