U. WARWICK (UK) — Physicists have directly imaged Landau Levels for the first time since Nobel Prize-winner Lev Landau conceived of them in 1930.

Using scanning tunneling spectroscopy—a spatially resolved probe that interacts directly with the electrons—scientists at institutions including the University of Warwick and Tohoku University have revealed the internal ring-like structure of these Landau Levels at the surface of a semiconductor. 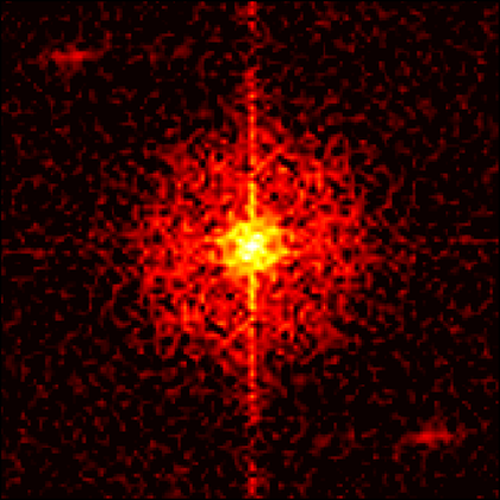 In the image, electrons form concentric rings, which increase in number according to their energy level. (Credit: U. Warwick)

The experimental challenge in the work was to have sufficient spatial resolution in order to overcome the intrinsic disorder in the material which usually only allows the observation of smeared out “drift” states.

The images clearly show that Landau was right when he predicted that, in a clean system, the electrons would take on the form of concentric rings, the number of which increase according to their energy level.

This simple counting behavior forms the basis of the so-called quantum Hall effect.

While originally of mostly fundamental interest, more recently the effect has been used to define the standard for what we mean by electrical resistance and could soon be employed to define the kilogram as well.

“This is an exciting step for us,” says Professor Rudolf Roemer of the department of physics. “We are really seeing for the first time individual quantum mechanical wave functions of electrons in real materials.

“On the face of it this might seem far removed from everyday life. However the question of what defines a kilogram is currently being debated, with the spacing between the rings of these Landau levels acting as a kind of marker for a universal weight.

“So next time you measure out your sugar to bake a cake, you might unknowingly be making use of these quantum rings.”

The research was published in the journal Physical Review Letters.

Why Antarctica sea ice retreats faster than it forms

Why so many LGBT+ scientists leave physics