Holub's golden weaver, one of the brood parasite "victims" included in the study. (Credit: Ian White/Flickr) 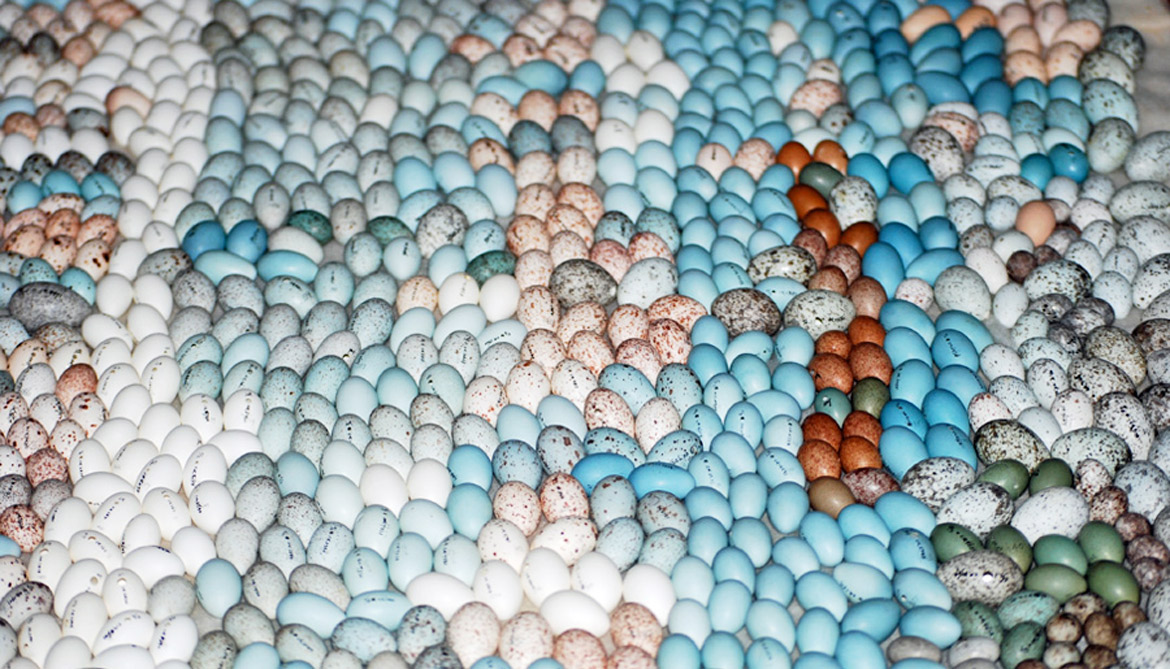 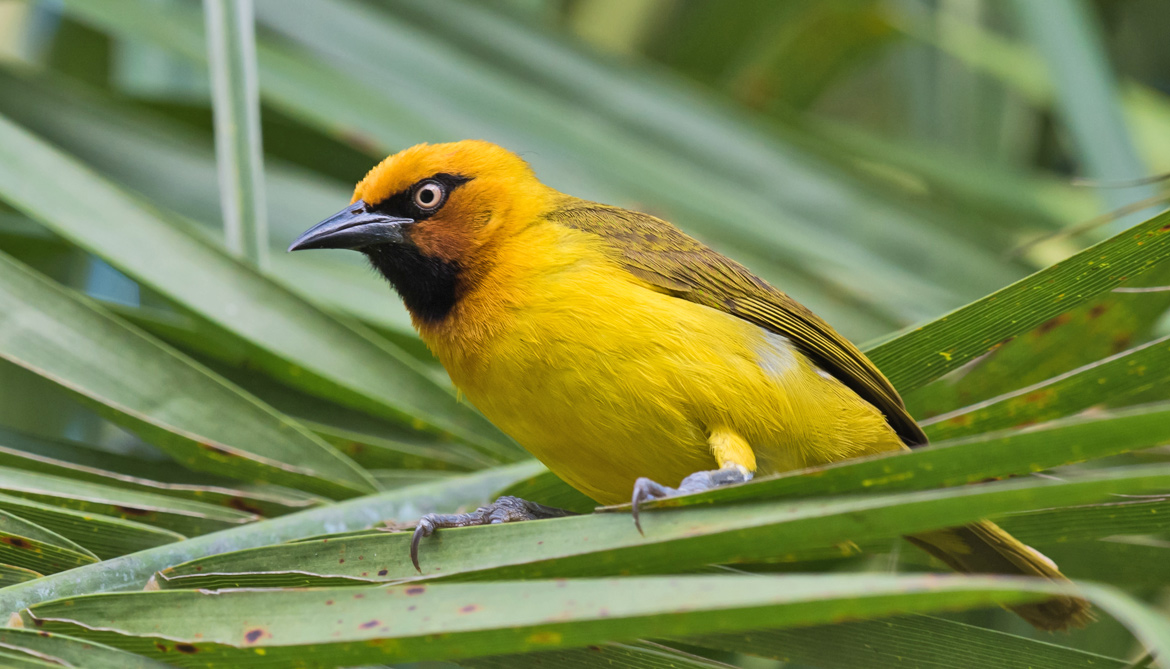 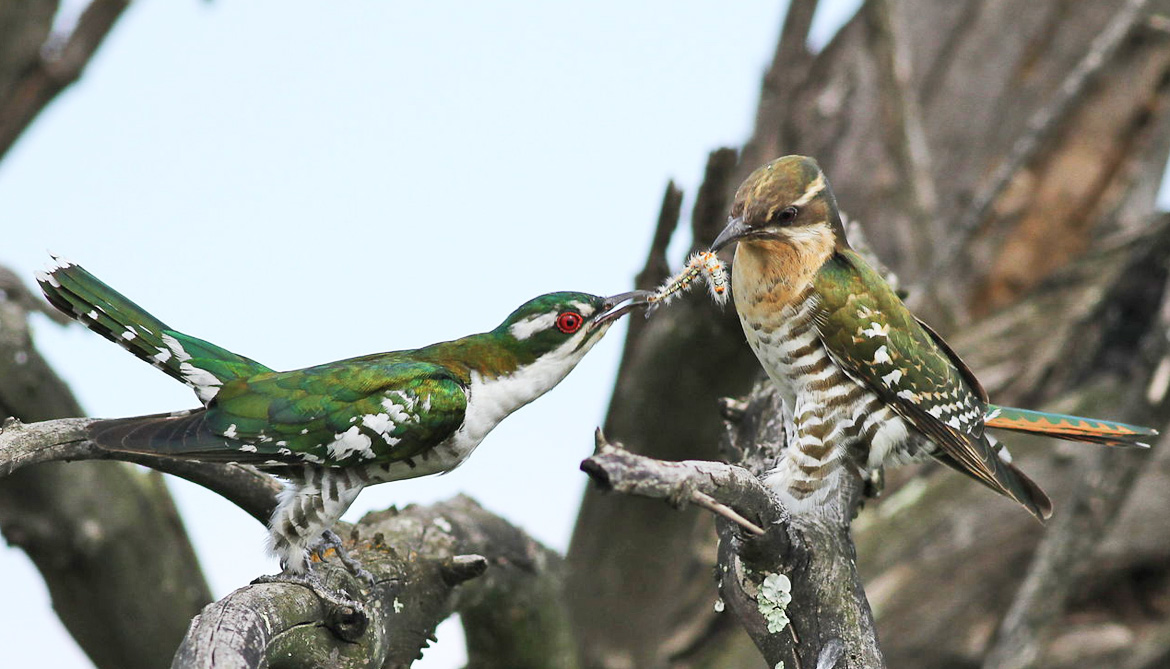 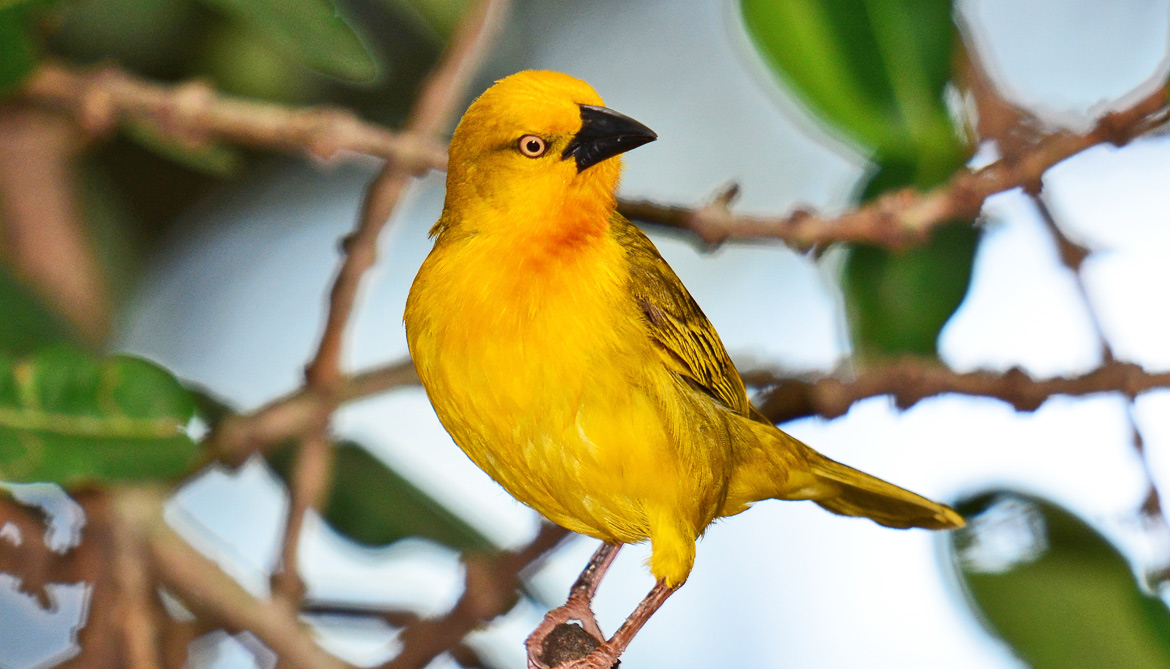 In the scrublands of southern Zambia, birds are practicing what’s known as “brood parasitism”—laying eggs in the nests of another bird species. And the victims are fighting back with colors and patterns.

African songbirds that are frequently victimized by brood parasitic cuckoos have taken to creating elaborate patterns on their eggs to help them recognize the forgeries, according to a new study in the Proceedings of the Royal Society B.

During her Master’s research at the University of Cambridge, Duke University graduate student Eleanor Caves methodically examined how two kinds of songbirds pattern their eggs to try to stay one step ahead of two species of parasitic birds.

“We don’t know at what stage of this evolutionary arms race we’re seeing these species,” Caves says, but her study finds that birds that are heavily parasitized are able to “sign” their eggs with color and pattern traits in unpredictable combinations.

The hundreds of eggs used in her study had been meticulously collected and catalogued by a retired British military officer, Major John F.R. Colebrook-Robjent, on his ranch in the Choma district of Southern Zambia over a 35-year period. He painstakingly drilled and blew out each of the tiny eggs, and marked them with a set number to indicate which ones belonged in the same clutch.

Colebrook-Robjent’s egg collection grew to at least 14,000 clutches, from raptors to waterbirds to the songbirds Caves studied. Upon his death in 2008, the collection was bequeathed to the British Museum, but it’s still housed on a game farm in Zambia, which proved lucky for Caves.

“It’s a hugely valuable scientific resource,” says Caves, who is the first author of the study with colleagues from Britain and South Africa.

After spending a week just sorting and organizing the eggs she found in the collection, Caves characterized each egg according to five measurements of background color, and brightness in an outdoor lab that was set up to replicate natural lighting in the area where they were collected.

Taking measurements outdoors on a Zambian game farm came with unique challenges. “Sometimes I had to grab the eggs and run inside because the baboons were coming,” Caves says.

Caves and colleagues also analyzed digital photographs of the eggs to quantify their markings and the contrast between patterns and background color. In all, the researchers measured nine pattern variables/traits for each egg. The study includes at least 10 clutches each from 11 warbler species and 11 weaver species.

The parasitic cuckoo finches (Anomalospiza imberbis) and diederik cuckoos (Chrysococcyx caprius) produce a wide variety of egg patterns in an attempt to mimic the variety of their hosts. But an individual parasitic bird isn’t always careful to lay in a nest that closely matches the pattern she’s producing, so rejections are common.

As for the songbirds, one female will lay one pattern type with just a little variability her whole career. The colors and patterns are created in the shell gland of the mother bird hours before the egg is laid, but the specifics of the system are still a mystery.

Variation by itself is not new. What’s new is being able to study how host birds arrange combinations of individual traits that add up the overall pattern of the eggs, Caves says. She enlisted the help of Duke statistician Edwin Iversen to help her assess the “differential entropy” of the patterns.

Multi-component visual signatures that are individually distinctive like this are important to other species in the animal world, such as paper wasps, which have individual patterns on their faces and abdomens to help identify nest-mates.

And understanding how to make individually distinctive signals from just a few components might also have security uses, like devising a bank note that’s more difficult to forge, Caves says.

For more information about this and other cuckoo research in Zambia, see www.africancuckoos.com.