(Credit: © Art Wolfe/www.artwolfe.com via U. Washington) 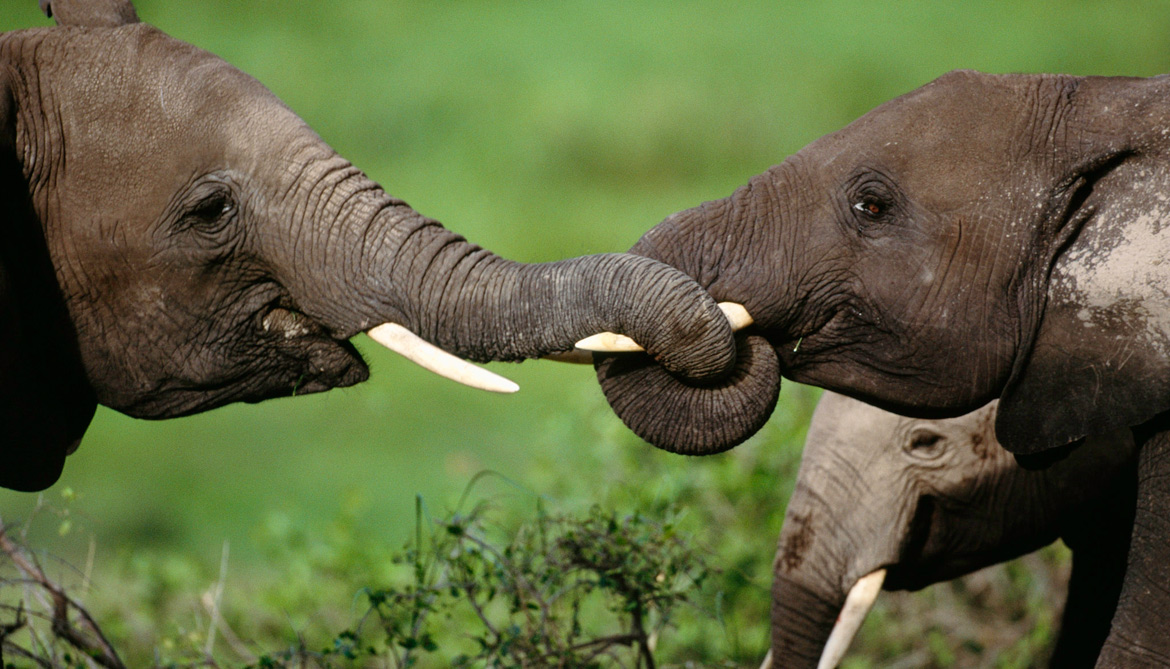 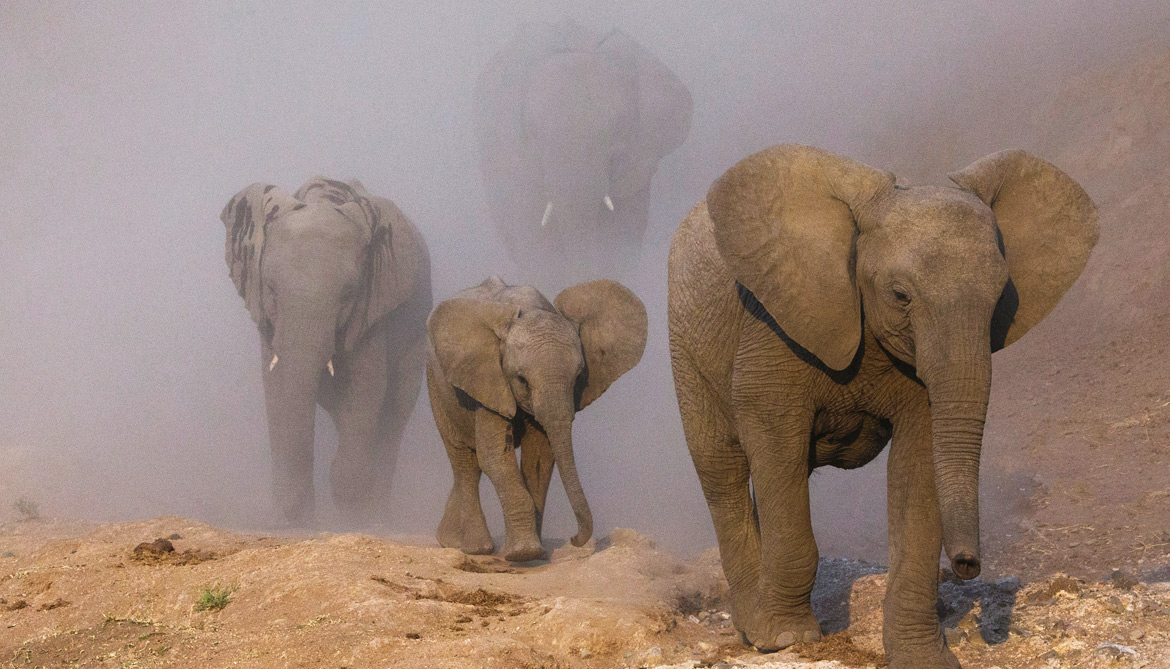 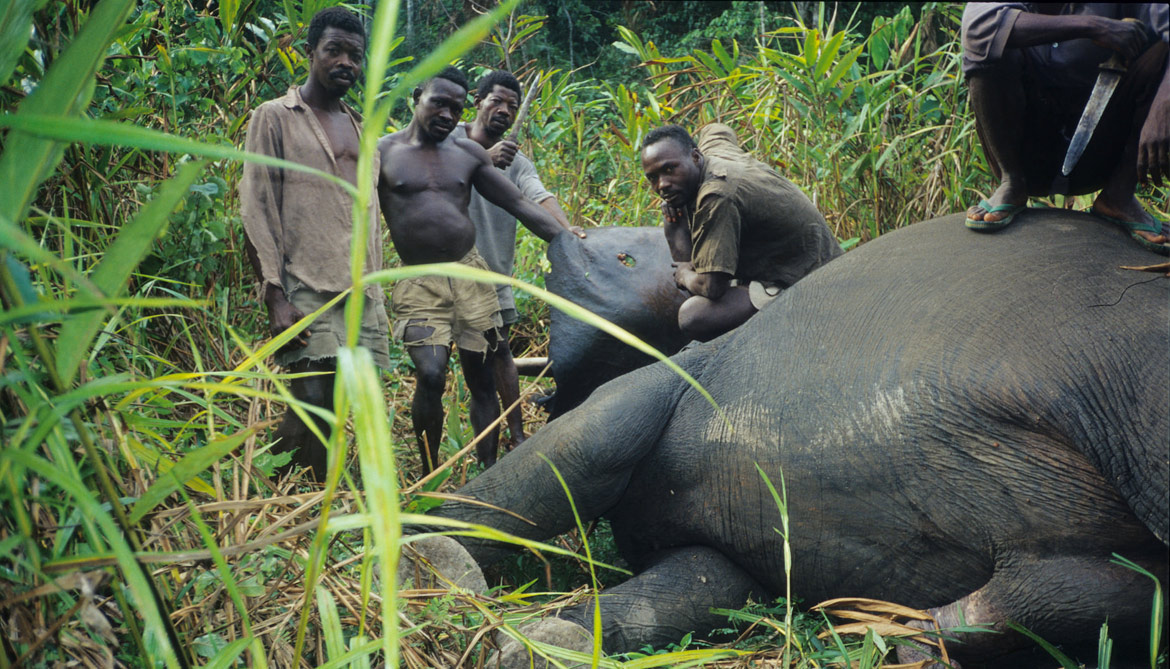 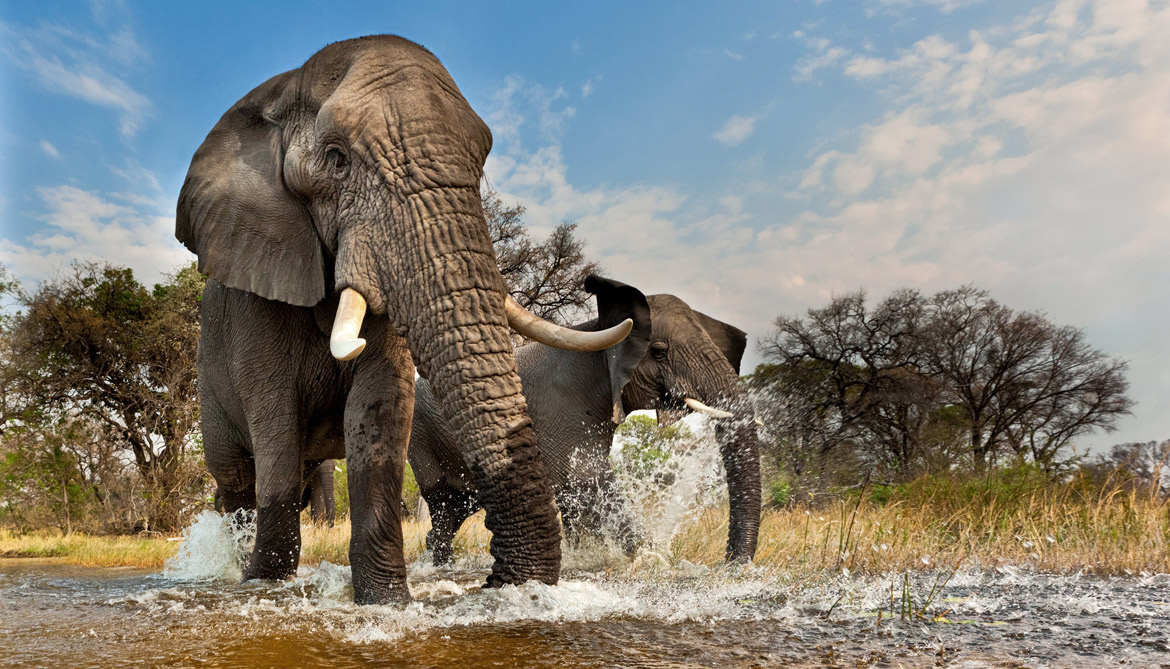 Roughly 50,000 African elephants are now being killed each year from a population of fewer than 500,000 animals.

Poaching is driving these iconic animals toward extinction, says Samuel Wasser, a biology professor at the University of Washington.

Wasser has developed ways to extract DNA from illegal ivory, allowing him to analyze seized contraband and determine the elephant’s original population.

Results show that over the past decade, ivory has largely come from just two areas in Africa—one each for the forest and savanna elephants. The findings are published in the journal Science.

“Africa is a huge continent, and poaching is occurring everywhere. When you look at it that way it seems like a daunting task to tackle this problem,” Wasser says. “But when you look at large ivory seizures, which represent 70 percent of illegal ivory by weight, you get a different picture.”

Knowing the primary areas where elephants are poached could help combat ivory trafficking at its source.

“Understanding that vast amounts of this major transnational trade is focused on two primary areas makes it possible to focus law enforcement on those areas and eliminate the largest amount of illegal killing,” Wasser says.

His lab has been getting ivory samples, roughly half-dollar shaped disks from near the base of the tusk, since 2005. The number of seizures sent to his lab has greatly increased since 2013, when an international body unanimously decided that all large shipments of seized ivory should be subjected to forensic DNA testing to pinpoint their origin.

These large shipments are associated with major transnational organized crime syndicates, and profits have been tied to the funding of African terrorist organizations.

In the new paper, the researchers analyzed 28 large ivory seizures, each more than half a ton, made between 1996 and 2014. The samples include 61 percent of all large seizures made worldwide between 2012 and 2014.

What the results show

More than 85 percent of the forest elephant ivory seized between 2006 and 2014 was traced to the central African Tridom protected ecosystem that spans northeastern Gabon, northwestern Republic of Congo, and southeastern Cameroon, and the adjacent reserve in southwestern Central African Republic.

More than 85 percent of the savanna elephant ivory seized between 2006 and 2014 was traced to East Africa, mainly from the Selous Game Reserve in southeastern Tanzania and the Niassa Reserve in adjacent northern Mozambique.

In 2011 the savanna elephant hotspot began shifting northward, from southeastern Tanzania toward the Ruaha National Park and Rungwa Game Reserve in the country’s center, gradually creeping northward toward Kenya.

The few seizures that did not fit the dominant geographic pattern showed other unusual signs, such as more complicated shipping strategies and a broader distribution of tusks.

One of the biggest seizures contained large amounts of ivory from both hotspots, suggesting a link between the major dealers operating in these two areas.

Of the 28 total seizures, 23 were genetically assigned to a different main country of origin than the country from which they were being shipped.

The investigations show a shift in poaching hotspots beginning in 2006. During the earlier years, 1996-2005, most forest elephant ivory Wasser analyzed was assigned to eastern Democratic Republic of Congo, but none of the forest elephant samples after 2005 came from that area. Two seizures of savanna elephant ivory, in 2002 and 2007, came from Zambia, but the country was not represented in any of the samples after 2007.

Recent efforts to curb trafficking have focused on curbing demand, but Wasser believes that process happens too slowly.

“When you’re losing a tenth of the population a year, you have to do something more urgent—nail down where the major killing is happening and stop it at the source,” Wasser says. “Hopefully our results will force the primary source countries to accept more responsibility for their part in this illegal trade, encourage the international community to work closely with these countries to contain the poaching, and these actions will choke the criminal networks that enable this transnational organized crime to operate.”

The US Fish and Wildlife Service, the Leonard X. Bosack and Bette M. Kruger Charitable Foundation, the United Nations Office on Drugs and Crime, the World Bank, the Woodtiger Fund, the Paul G. Allen Family Foundation, INTERPOL, the US State Department’s Bureau of International Narcotics and Law Enforcement Affairs as part of President Obama’s executive order to combat wildlife trafficking, the Wildcat Foundation, a Fulbright-Nehru Doctoral and Professional Fellowship, and the US National Institute of Justice funded the work.

Book: Benefits from greenways are totally worth the cost