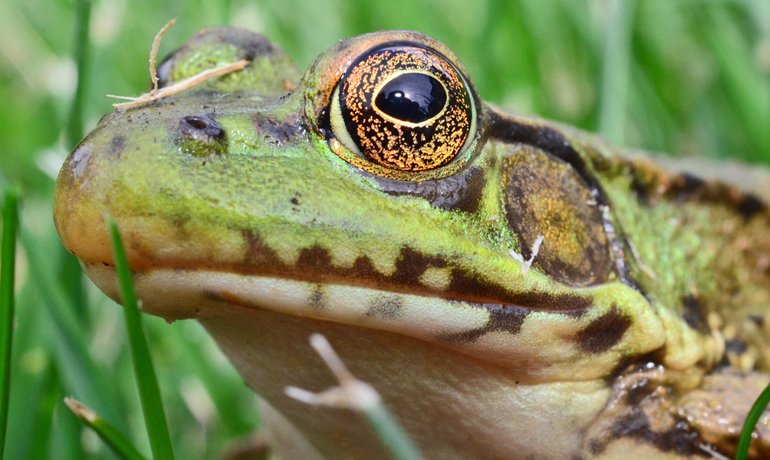 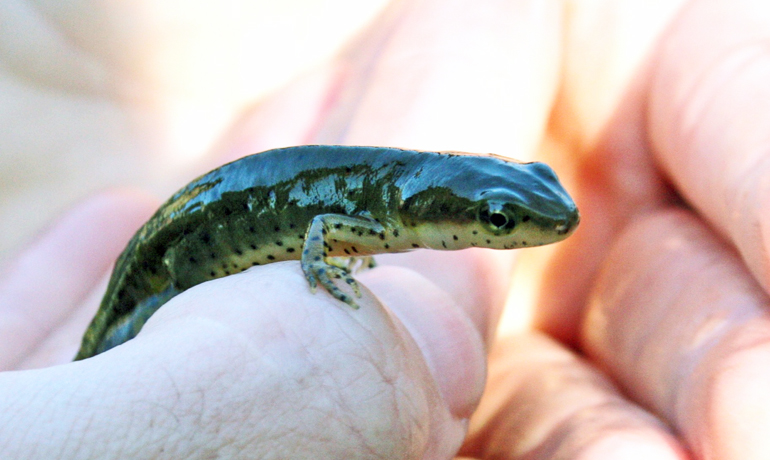 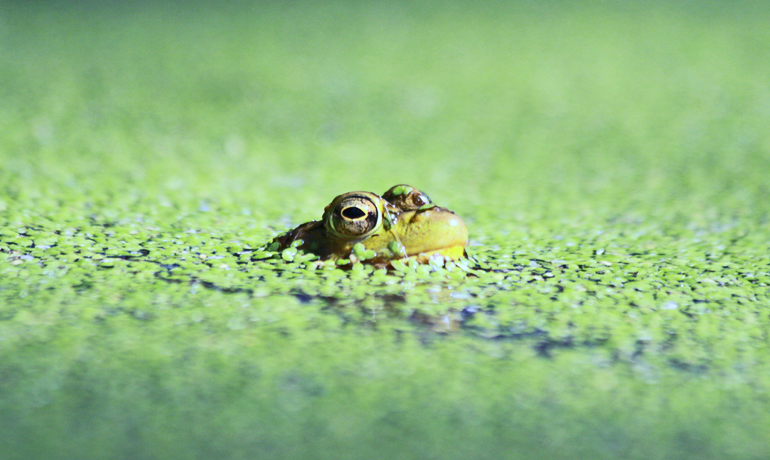 An ancient skin fungus that has been killing frogs, salamanders, and other amphibians may be hiding in invertebrates such as insects.

The skin fungus, Batrachochytrium dendrobatidis (Bd), also known as amphibian chytrid, got attention in 1993 when dead and dying frogs began turning up in Queensland, Australia. Since then it has driven hundreds of species worldwide to extinction.

Kevin Smith, an adjunct professor of biology at Washington University in St. Louis, studied Bd in South Africa during postdoctoral research. South Africa is home to the African clawed frog, a suspected vector for the fungus.

Smith collected tadpoles and checked their mouth parts (often a fungal hot spot) under the microscope. He found the fungus in about a third of the ponds whose tadpoles he checked. The obvious questions were: Why only a third? Why didn’t it occur in all amphibian populations in a region where it is found?

The amphibians and the fungus have reached an evolutionary truce in Missouri, where the chytrid is endemic rather than epidemic. Because there was no pressure to rescue an amphibian population, Smith had the time and the opportunity to look more broadly and to study the entire pond ecosystem.

He and then-undergraduate student Alex Strauss collected physical and chemical data and surveyed the species living in 29 ponds in east-central Missouri. They found it was statistically possible to distinguish infected from noninfected ponds, a finding Smith likens to being able to predict that influenza will circulate in some cities but not others.

“We don’t know exactly what the key factors are but just knowing that not every pond appears to be suitable for chytrid in a given year is a very big step,” he says.

Published in PLOS ONE, the study also suggests that patterns of Bd infection might be an indirect effect of variations in invertebrate communities. What this meant was unclear, since chytrid was thought to be an amphibian specialist.

But while the pond study was under way, other researchers announced that crayfish and nematodes can be infected with chytrid, raising the possibility that invertebrates act as alternative hosts or biological reservoirs for the fungus.

“Alternative hosts and reservoirs have been a key missing piece in our understanding of chytrid epidemiology,” Smith says. The fungus, like any pathogen, cannot be effectively controlled unless all its hiding places are known.

Chytrid—or more properly amphibian chytrid, since there are about 1,000 species of fungus in the class Chytridiomycetes—specializes on keratin, a structural protein found in the skin, hair, nails and similar tissues of vertebrates.

“As far as we know, it doesn’t infect any other animal protein,” Smith says. ” So that’s one of the most important restrictions on where it lives.”

In amphibians, chytrid infects and damages the skin, which amphibians use to breathe and absorb water. Once the fungus takes hold, it causes a disease called chytridiomycosis, which is usually fatal.

“You can sometimes tell when a frog is infected,” Smith says, “by the way it walks. It is slow and spraddles its legs, as though its skin is painful or chafed. When we grabbed frogs like those in South Africa and took samples, they were always heavily infected with the fungus.”

Unlike more familiar fungi such as mushrooms, which release spores that drift through the air, chytrids, among the earliest fungi to evolve, are aquatic and release flagellated zoospores that swim through the water.

“Laboratory studies suggest the zoospores can live independently only about a day or so. They’re considered to be very fragile,” Smith says. “They get expunged from the fungal cell inside the amphibian skin, they swim around for about a day, and if they don’t infect something with keratin, they’re no longer viable. That’s what’s generally thought.

The researchers suspected the answer couldn’t be found by selectively studying the amphibians dying of chytrid. Scientists racing to save amphibian species from extinction have understandably tended to narrow their focus to the pathogen and its victims.

“It’s the crisis of amphibians dying and going extinct that makes us focus so narrowly,” Smith says.

But Smith has never seen any evidence that chytrid causes mortality in Missouri, although it is one of many factors leading to the decline of hellbenders, a large salamander native to the Ozarks.

Because chytrid is an endemic disease in Missouri, Smith realized he could back up, slow down and study it as an ecologist. “That hasn’t happened as often as it should,” he said.

So Smith recruited a team of students to study the ecosystems of 29 ponds. The team assayed larval amphibians for chytrid, collected physical and chemical data, and identified amphibian, macroinvertebrate, and zooplankton species living in the ponds.

“That’s a very powerful finding,” he says. “The thinking had been that chytrid required keratin, appropriate temperatures and water—and that was it. That’s what we were stuck with. Now we know that there must be additional constraints because some ponds that meet these criteria don’t harbor the fungus.”

A statistical technique for ferreting out causal relationships suggested that this pattern was an indirect effect mediated by the ponds’ invertebrate communities.

“They may be alternative hosts,” Smith says. “That would be the most parsimonious explanation.” But they might also be reservoirs (sites where the fungus can survive when there is no available host).

“The presence or absence of alternative hosts or reservoirs has a huge effect on the dynamics of the disease, and ultimately on the fate of the amphibians it attacks. If there are reservoirs we need to know about them, because otherwise it will be impossible to interrupt the chain of transmission,” he says.

More evidence has since accumulated against the suspect group that fell out of the statistics of the pond study.

One group, looking for a model organism that could be used to study chytrid, showed that it can infect and kill the nematode Caenorhabditis elegans. Another team reported that crayfish are able to transmit chytrid, which infects the lining of their gastrointestinal tracts.

Gene-editing gets fungi to spill secrets to new drugs

Glassfrogs hide their blood to sleep in camouflage