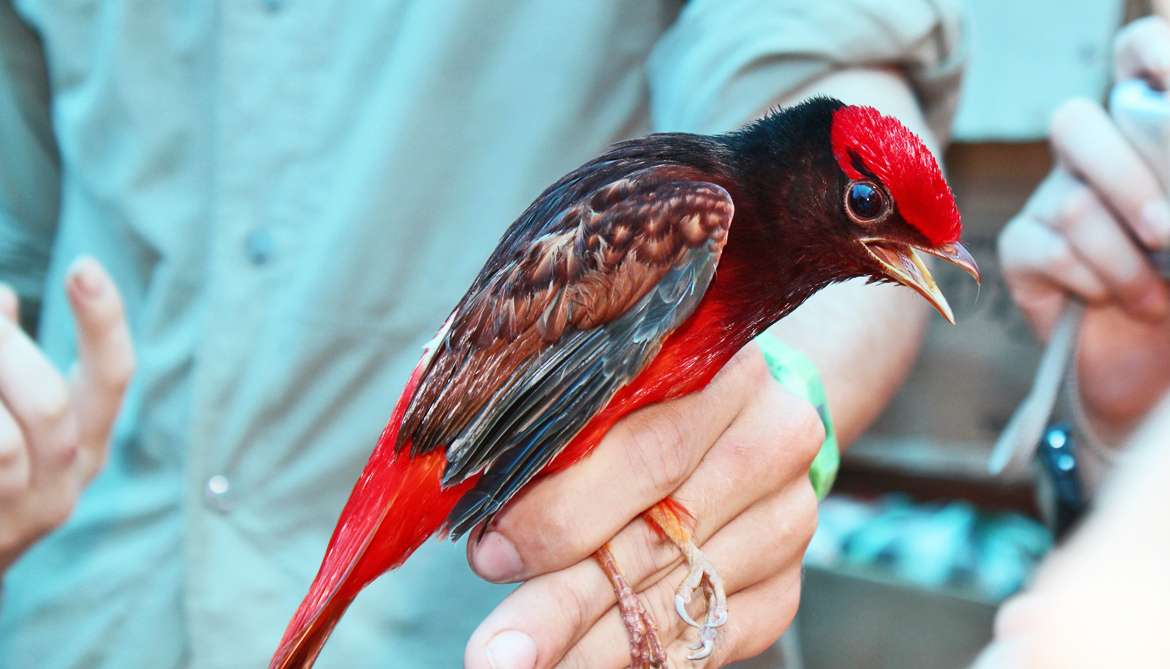 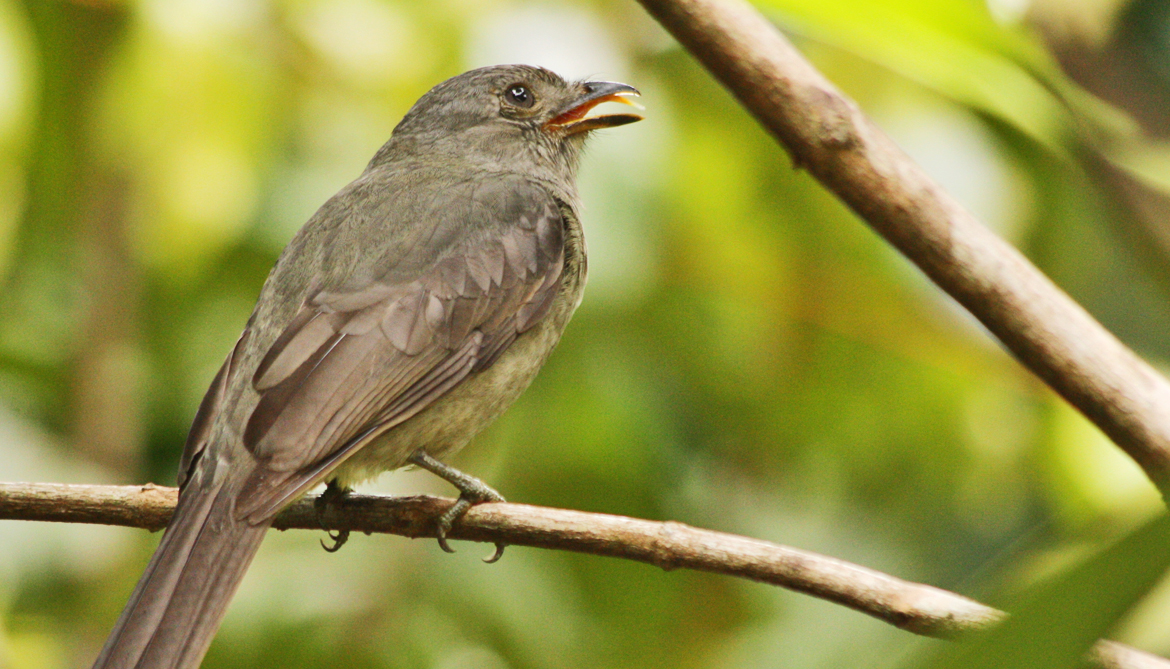 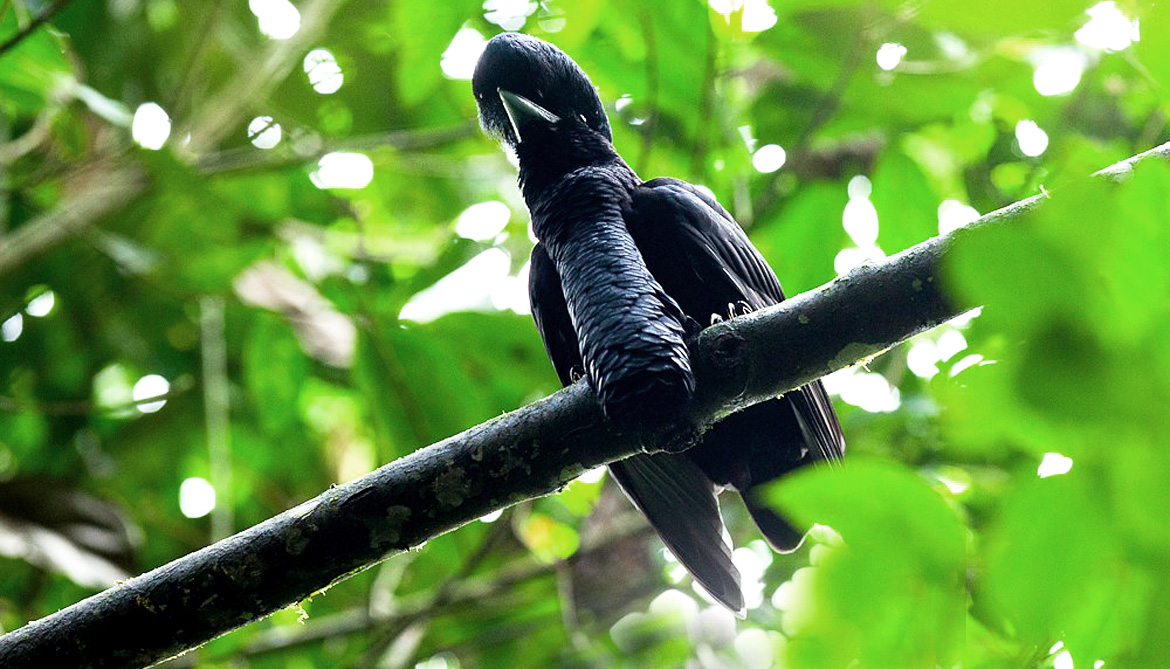 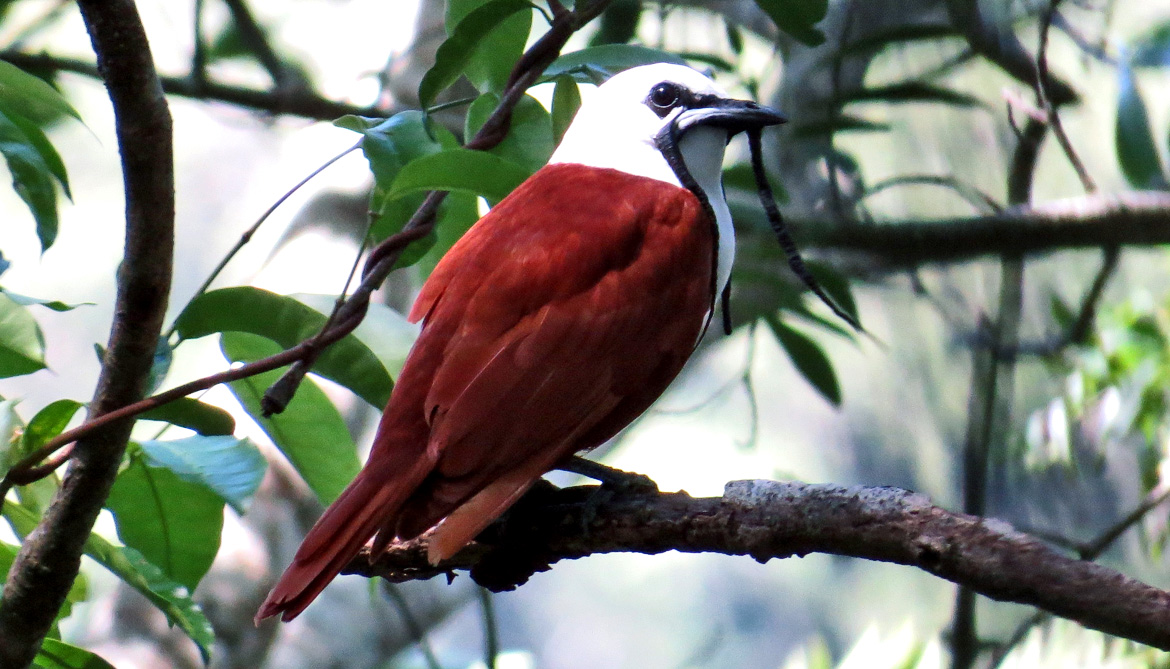 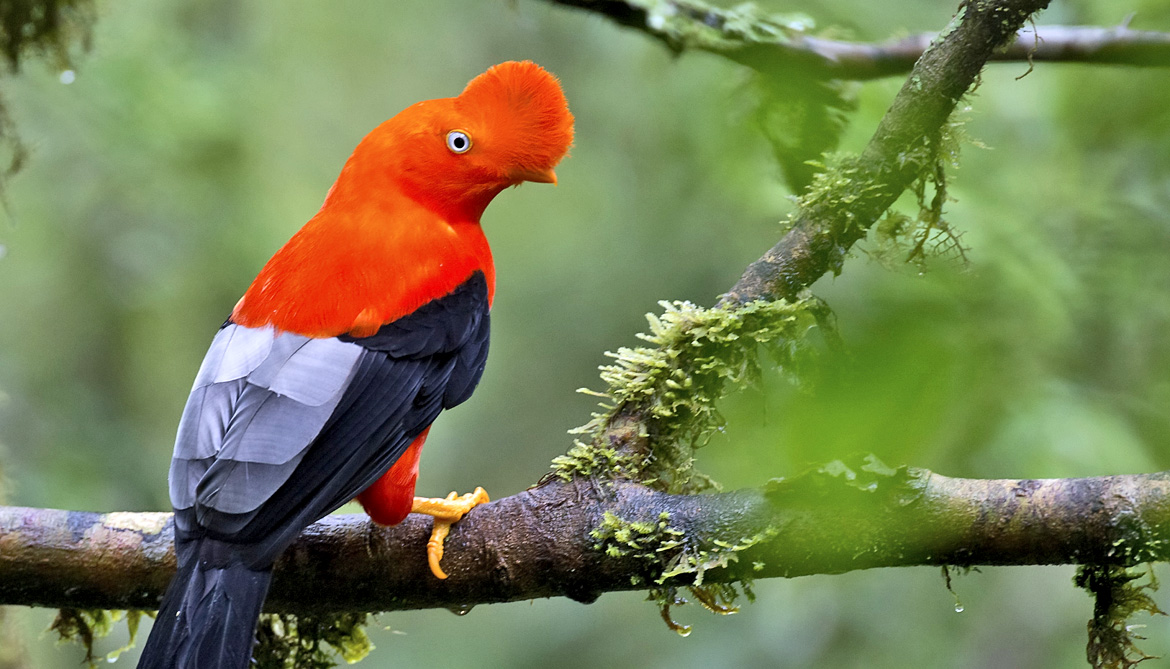 A family called cotingas include some of the loudest, weirdest-looking, brightest, least-understood birds on the planet. Some have bulbous crests, long fleshy wattles, or Elvis-worthy pompadours. Others have shockingly bright feathers—electric blue, deep purple, or screaming orange.

How did they get that way? What twisting evolutionary path resulted in the origin of more than 60 species that barely seem to be related each other?

A new phylogeny, or evolutionary “tree of life,” makes finding answers to these questions possible. The findings make possible new discoveries about the cotingas, which are native to Central and South America.

“They are so variable that even defining just what a cotinga is has been a difficult question,” says lead author Jake Berv, a PhD student in the Fuller Evolutionary Biology Lab at the Cornell Lab of Ornithology.

“Our study provides comprehensive insight into how nearly all the cotinga species are related to each other going all the way back to their common ancestor. No previous attempts to understand the evolutionary history of this group have included genetic samples from nearly all the existing species,” says Berv.

Berv began sequencing DNA samples and compiling data in late 2010 while working as a lab technician at Yale University with coauthor Rick Prum, a leading expert on cotingas. For species whose DNA had never been sequenced before, the researchers took small tissue samples from the toe pads of museum specimens.

Understanding how one species is related to another within this group allows scientists to trace the evolution of specific traits and behaviors.

For example, Berv and Prum wanted to learn if the evolution of differently colored males and females in this bird group (known as sexual dimorphism) is directly linked to a breeding system in which males have multiple mates (known as polygyny—a fairly widespread practice in some birds, including the familiar Red-winged Blackbird).

Darwin first theorized that the increased pressure of sexual selection in polygynous birds spurred the development of color differences between the sexes. That is to say, in situations where males have the chance to mate with many female birds, there’s pressure for them to step up their game by adopting brilliant colors. This appears to be true for many species—but not the cotingas.

When Berv and Prum examined patterns of evolution for these two traits across their new tree of life, there was no significant match. There have been many more evolutionary changes in color than there have been for breeding system. Berv says these traits may be evolutionarily “decoupled” in the cotingas.

However, sexual selection appears to have played a role in the evolution of sexual differences other than color in some cotingas.

“In one case, the Screaming Piha, the males and females look alike but the male sings one of the loudest songs on the planet,” says Yale’s Rick Prum. “That means male-female plumage difference alone is not evidence for sexual selection because sexual selection is also driving other traits such as voice and behavior.”

Though the researchers didn’t find a link between the coloration of males and females and the evolution of polygynous breeding systems, Prum says some form of sexual selection almost certainly did play a role in the eye-popping colors some cotingas display.

Some species have evolved a variety of colors seen only in this group of birds, such as the glowing orange cowl of the Andean Cock-of-the-Rock, the fluorescence of the Turquoise Cotinga, or the blue-and-maroon combo of the Banded Cotinga.

“Some cotinga colors are not produced by pigments,” Berv explains. “Some of these birds have evolved cool nanoscale feather structures made with feather protein molecules. The nanostructures scatter light and produce visible color the birds use in sexual signaling.”

Figuring out how these feather structures evolved is an area of future study. In fact, “the sky’s the limit,” according to Prum, who notes other areas of study could include the evolution of elaborate courtship displays, clutch sizes, or the vocal organs that produce the ear-splitting sounds of the raucous bellbirds and pihas. Even the color question can be studied on a much more refined scale.

Beyond ‘yes or no’

“Rather than just asking whether males and females of a species are dimorphic, yes or no, we will next measure various color patches and quantify brilliance,” says Prum.

“For example, male and female robins look different, so that would be a ‘yes’ for dimorphism. But they’re not as different as the male and female Scarlet Tanager. On the ‘yes-no’ scale they would be scored the same. If we actually measure the colors we’d be able to say ‘Wow, males and females of one species are really a lot more different than the other.’ That would reflect the impact of sexual selection a lot better.”

“One of the biggest analytical differences between what we’ve done and past work is that we used a ‘species tree’ approach, which is potentially more accurate than what is typically applied to genetic data,” Berv says.

“We ran our data through more traditional types of analyses as well, and all of them strongly supported a consistent evolutionary ‘tree of life.’ We hope other scientists who are interested in these birds take our phylogeny and do all sorts of great things with it.”

The paper appears in Molecular Phylogenetics and Evolution.

W. R. Coe funds from Yale University supported the work, as did the facilities and staff of the Yale University Faculty of Arts and Sciences High Performance Computing Center. The DNA work was performed at Yale; Berv did the data analysis and writing at the Cornell Lab.