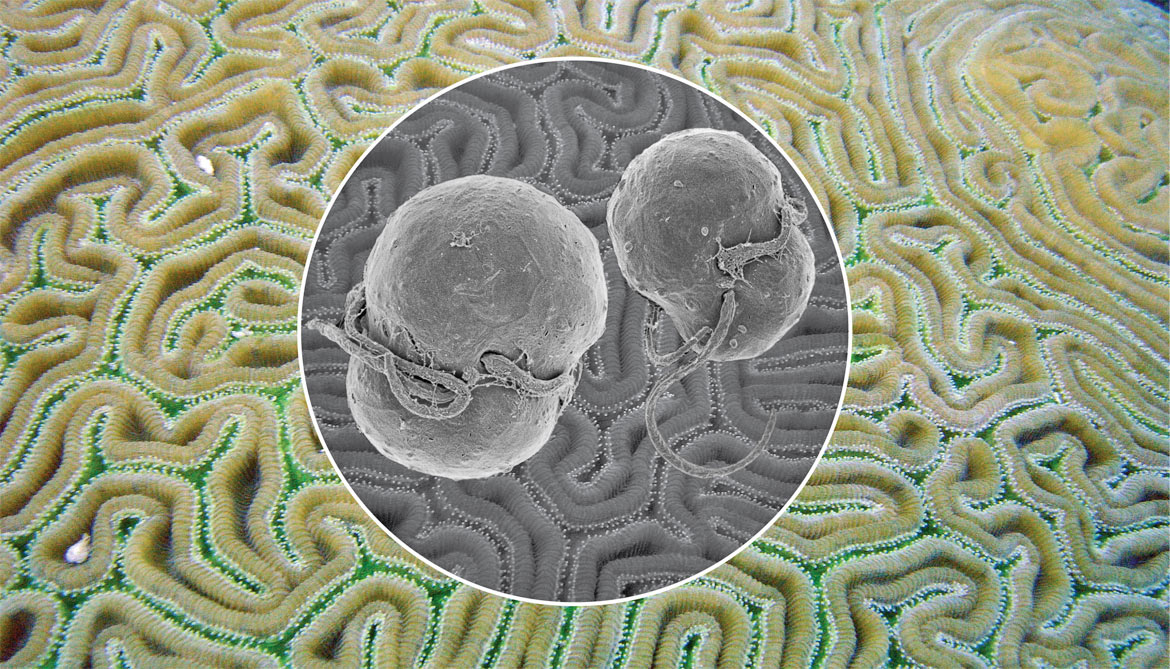 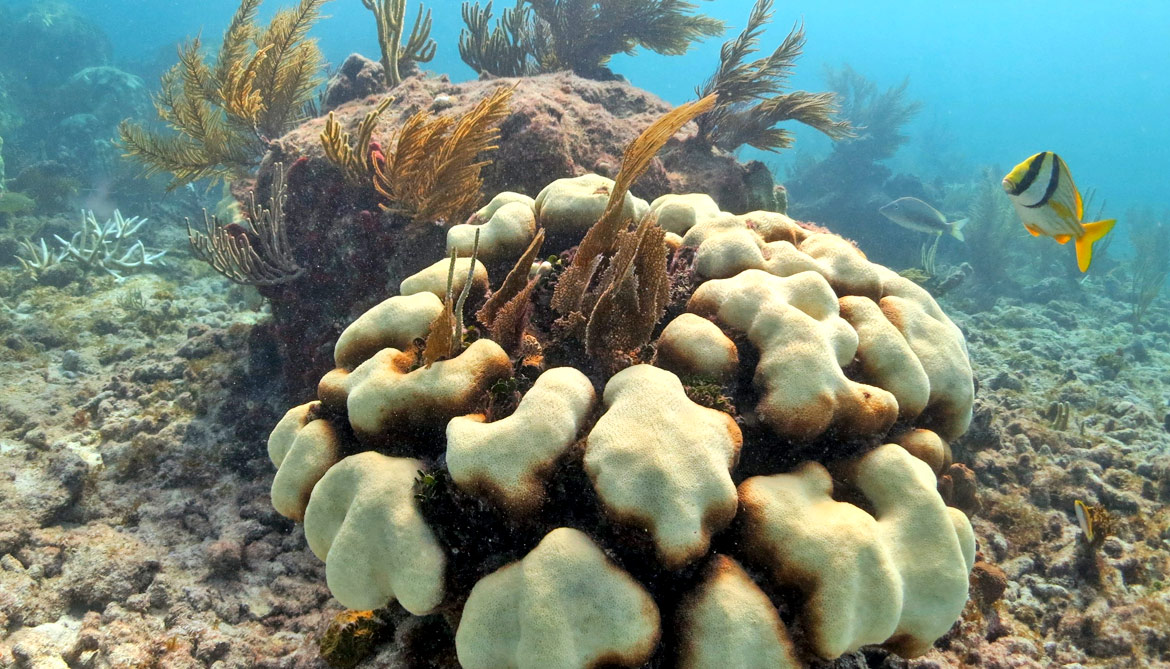 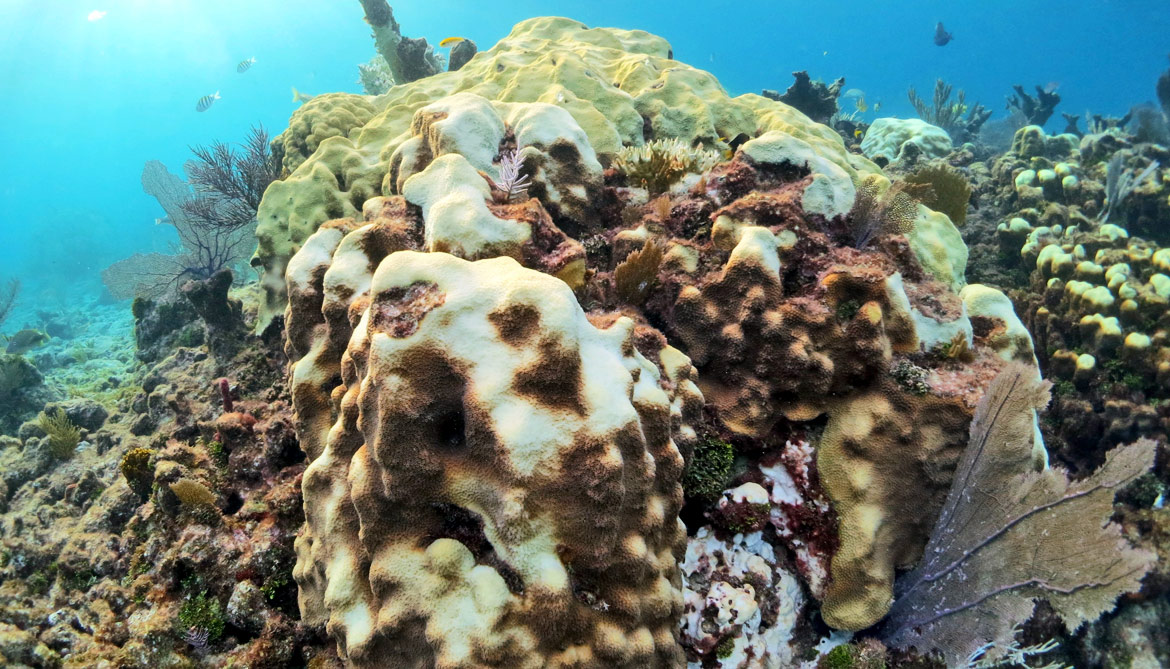 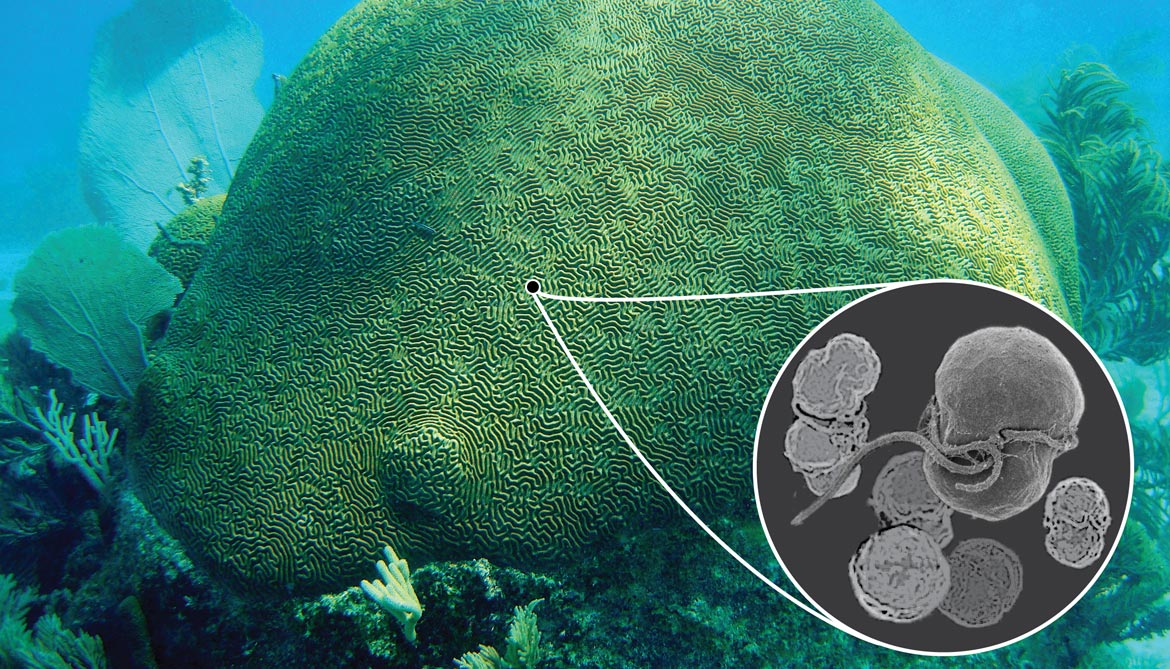 An invasive species of single-cell algae has spread across the Caribbean Sea, report researchers.

These micro-algae, which live within the cells of coral animals, are improving the resilience of coral communities to heat stress caused by global warming, but also are diminishing the abilities of corals to build reefs.

“The results raise a potentially contentious issue about whether this invasion is relatively good or bad for the long-term productivity of reef corals in the Atlantic Ocean and the ecosystems they support,” says Todd LaJeunesse, associate professor of biology at Penn State.

According to LaJeunesse, relationships between corals and photosynthetic algae evolved over millions of years and are generally mutually beneficial. Corals derive energy and nutrients from algae, and in turn algae obtain nutrients and protection by living in the tissues of corals.

LaJeunesse and his team used DNA sequencing techniques to document this possible new threat to coral reefs—the spread of non-native Symbiodinium trenchii, which comes from the Indo-Pacific.

“We found that the Caribbean population of S. trenchii contains very little genetic diversity and is highly inbred,” says Tye Pettay, recent PhD in biology from Penn State and current postdoctoral fellow at the University of Delaware.

“In contrast, S. trenchii in the Indian and Pacific oceans is extremely diverse and contains far more genetic diversity on a single reef the size of a football field than it does in the entire Caribbean Sea. Our evidence indicates that the introduction of S. trenchii to the Caribbean was relatively recent. There has been no time for it to evolve any novel genetic diversity.”

In its new home in the Caribbean, the team found, S. trenchii behaves opportunistically and proliferates within coral colonies during periods of increased sea-surface temperatures, enabling the corals to survive these episodes. During these warming events, S. trenchii replaces the more sensitive native species of algae, which are expelled by their hosts when the environment becomes too warm—a process known as bleaching. S. trenchii eventually is replaced by native species of algae after environmental conditions return to normal.

“For some time now researchers have focused on identifying stress-tolerant Symbiodinium that may allow reef corals to better cope with future increases in temperatures,” says Pettay. “Symbiodinium trenchii in the Caribbean possesses those attributes. It turns out, however, that because this species was introduced to the region, its symbioses may be suboptimal, which may significantly diminish coral growth under normal conditions.”

Specifically, the researchers found that S. trenchii benefits some colonies of coral by providing them with thermal tolerance under conditions up to 3.6 degrees Fahrenheit higher than normal, yet the team also found that for one group of dominant reef-building corals, Mountainous Star Coral S. trenchii reduces rates of calcification—the process by which reefs are built—by half.

“Our results indicate that S. trenchii may not translocate as many nutrients to the coral host as do native species, which is why we see reduced calcification rates among the corals,” says LaJeunesse.

The retention of more nutrients to invest in its own growth and physiology may explain, in part, why S. trenchii can continue to function under heat stress and is not expelled by the host during warming events, he added. As a result, corals with S. trenchii tend not to bleach.

“Invasive species pose major threats to biodiversity, ecosystem function, and economic well-being,” says LaJeunesse. “Growing evidence indicates that microbes, which include micro-algae, are being successfully introduced to new places around the world, but we still have little understanding of the negative or positive outcomes from such introductions.

“This work highlights how microbial introductions, many of which may be unknown to science, can affect ecosystem stability and function—in this case, reduced calcification of corals in the Caribbean.”

The team’s findings appear in the Proceedings of the National Academy of Sciences. The National Science Foundation Division of Integrative Organismal Systems supported the work.