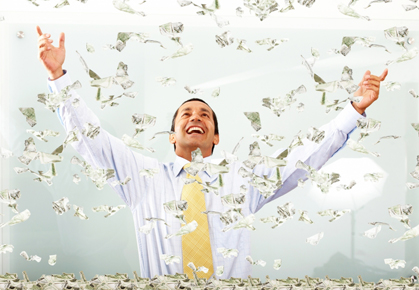 30 years ago executive salaries were 30 times larger than worker salaries. By the turn of the century, the ratio raced to 648 to one.

CORNELL (US)—In the 1970s, executive salaries were about 30 times larger than worker salaries. By 2000, the ratio zoomed to 648 to one. A recent Web seminar hosted by Cornell University’s IRL School suggests the dramatic surge is linked to stock options and record stock market growth.

Charlie Tharp, an ILR lecturer who took part in the seminar, says during the last 40 years a larger proportion of executive pay has become equity-based compensation versus salary. Many executives are rewarded for performance with stocks and stock options.

Add to that the enormous growth of companies and of the stock market over this time period, Tharp says, “It’s logical executive pay would grow.”

On average, the proportion of salary to other forms of compensation such as stocks goes down as company size goes up, says Kevin Hallock, director of research for the Center for Advanced Human Resource Studies.

Hallock suspects American shareholders are not clamoring for the proxy vote. He contacted 20 of the largest 25 institutional investors in the United States in spring 2008. At the time, about half were against say-on-pay, one quarter were for it and one quarter were indifferent. It is not clear, Hallock adds, whether their views have changed during the current financial crisis.

42% of jobs lost during COVID-19 may not come back

Cities are slow to ease rent and evictions

Rush back to work risks hundreds of thousands of lives