CARNEGIE MELLON (US) — Talking on a cellphone while driving does not increase the likelihood of a car accident, according to a new analysis.

Published in the American Economic Journal: Economic Policy, the study uses data from a major cellphone provider and accident reports to contradict previous findings that connected cellphone use to increased crash risk.

Such findings include the influential 1997 paper in the New England Journal of Medicine, which concluded that cellphone use by drivers increased crash risk by a factor of 4.3—effectively equating its danger to that of illicit levels of alcohol. 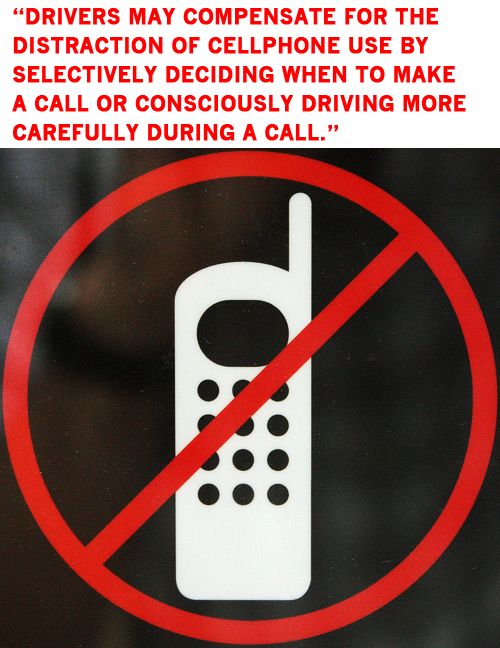 The findings also raise doubts about the traditional cost-benefit analyses used by states that have, or are, implementing cellphone-driving bans as a way to promote safety.

“Using a cellphone while driving may be distracting, but it does not lead to higher crash risk in the setting we examined,” says Saurabh Bhargava, assistant professor of social and decision sciences at Carnegie Mellon University.

“While our findings may strike many as counterintuitive, our results are precise enough to statistically call into question the effects typically found in the academic literature. Our study differs from most prior work in that it leverages a naturally occurring experiment in a real-world context.”

For the study, Bhargava and the London School of Economics and Political Science’s Vikram S. Pathania examined calling and crash data from 2002 to 2005, a period when most cellphone carriers offered pricing plans with free calls on weekdays after 9 p.m. Identifying drivers as those whose cellphone calls were routed through multiple cellular towers, they first showed that drivers increased call volume by more than 7 percent at 9 p.m.

They then compared the relative crash rate before and after 9 p.m. using data on approximately 8 million crashes across nine states and all fatal crashes across the nation.

They found that the increased cellphone use by drivers at 9 p.m. had no corresponding effect on crash rates.

Additionally, the researchers analyzed the effects of legislation banning cellphone use, enacted in several states, and similarly found that the legislation had no effect on the crash rate.

“One thought is that drivers may compensate for the distraction of cellphone use by selectively deciding when to make a call or consciously driving more carefully during a call,” Bhargava says. “This is one of a few explanations that could explain why laboratory studies have shown different results.

“The implications for policymakers considering bans depend on what is actually driving this lack of an effect. For example, if drivers do compensate for distraction, then penalizing cellphone use as a secondary rather than a primary offense could make sense.

“In the least, this study and others like it, suggest we should revisit the presumption that talking on a cellphone while driving is as dangerous as widely perceived.”

Pathania, a fellow in the London School of Economics Managerial Economics and Strategy group, adds a cautionary note. “Our study focused solely on talking on one’s cellphone. We did not, for example, analyze the effects of texting or internet browsing, which has become much more popular in recent years. It is certainly possible that these activities pose a real hazard.”