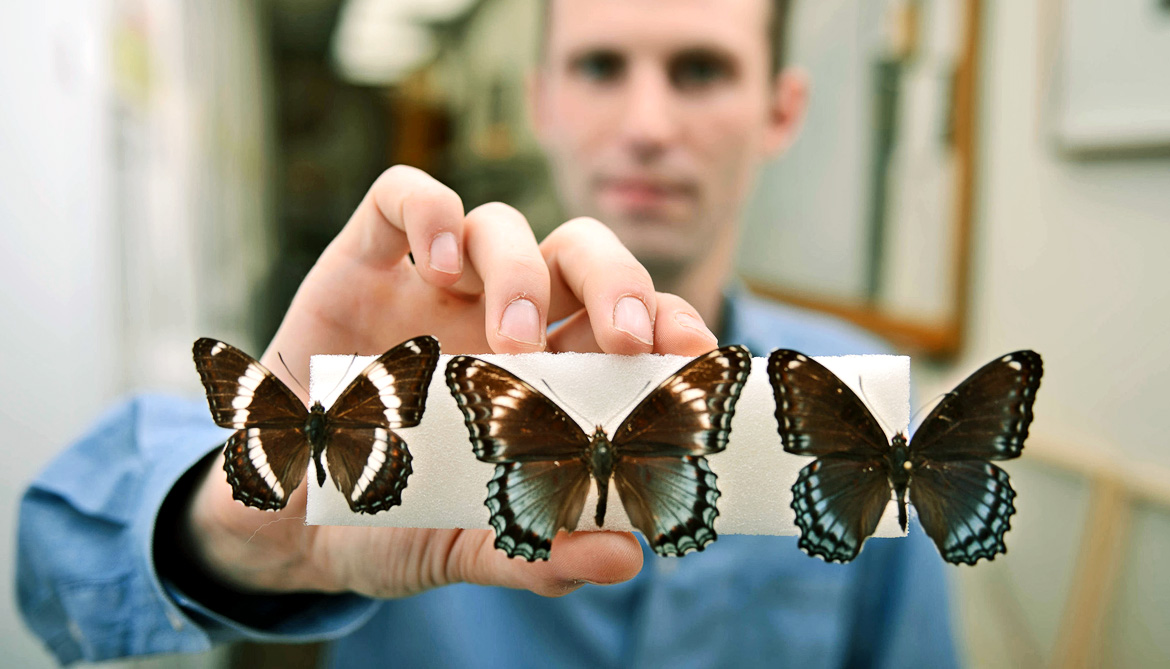 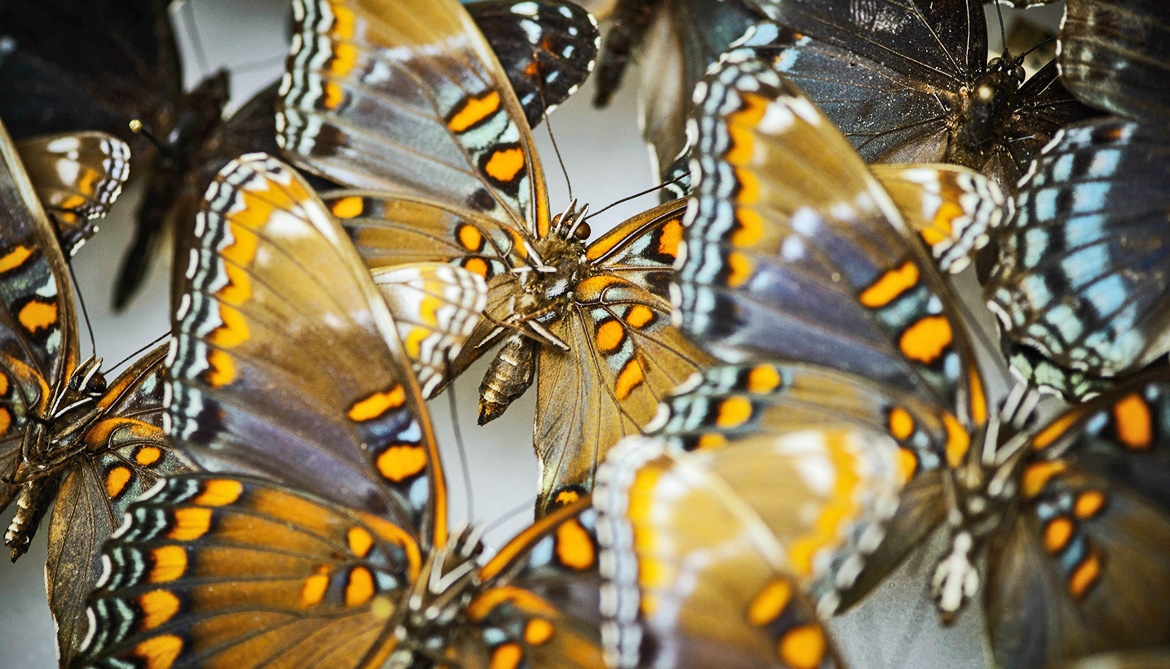 Scientists have discovered that a single gene is responsible for two different butterfly families’ flashy markings.

A well-known biologist once theorized that many roads led to Rome when it comes to two distantly related organisms evolving a similar trait.

The new paper suggests that when it comes to evolving some traits—especially simple ones—there may be a shared gene, one road, that’s the source.

Jason Gallant, zoologist at Michigan State University and the paper’s first author, focused on butterflies to test these ideas.

Butterfly wings are important biological models. While some butterflies are poisonous and notify their predators via colorful wing markings, others are nontoxic but have evolved similar color patterns to avoid being eaten.

The North American and South American species in question last had a common ancestor more than 65 million years ago. So, rather than evolve these traits independently using two unique mechanisms, the genetic control of particular butterfly markings can be traced to a single gene present in their ancient ancestors, says Gallant.

“This result represents the culmination of a decade’s worth of effort, but we identified the mechanism for a single aspect of wing patterns in a lineage,” says Gallant, who worked with coauthor Sean Mullen, a Boston University biologist.

“Is this the rule or the exception? For simple traits, it’s beginning to look like it could be the rule. The jury is still out on complicated traits, but there may be fewer roads leading to Rome than we once thought.”

The decade-long journey began as a butterfly mapping study and later involved the 30,000 genes that comprise white admiral butterflies and red-spotted purple butterflies in North America. They are the same species of butterflies, but to a common observer, they look completely unrelated.

In the southern United States, the red-spotted purples have dark-blue wings that mimic the poisonous pipevine swallowtail. The white admirals, with distinctive white bands on their wings, reside in northern climes where the swallowtail is not found. A hybrid of the two can be found in a region near Pennsylvania.

Out of the 30,000 genes, Gallant, Mullen, and their team narrowed the candidates to three. In one of these genes, WntA, they discovered the presence of a retrotransposon, a DNA virus of sorts, which appears to cause the deviations in wing pattern.

“It’s the same type of DNA ‘virus’ that causes random-colored kernels in Indian corn,” Gallant says. “It was present in 100 percent of the red-spotted purples, 50 percent of the hybrids, and zero percent of the white admirals; I’ve never seen such clean data like this—ever.”

For comparison, a different species of South American butterflies, studied by team members at Cornell University and the University of Chicago, were folded into the experiment. A mountain range, rather than a continent, divides this species, but the genetic patterns were the same. The group with dark wing markings had a deletion in the WntA gene in the same spot that the retrotransposon occurred in the North American butterflies.

Can we predict evolution?

When asked to comment on the significance of the work, Mullen states the main goal of evolutionary biology is to understand the origin and maintenance of biodiversity. Within this context, a major unanswered question is whether or not evolution is predictable, and, if so, over what evolutionary time scales?

“We addressed this question by identifying the specific genetic changes responsible for the repeated evolution of similar color pattern traits in two butterfly lineages that last shared a common ancestor some 65 million years ago,” he says.

“Surprisingly, we found that changes in the expression of the same gene during development were responsible in both cases. This result implies an unprecedented level of predictability in the evolutionary process over deep time.”

Since this evolutionary trait was triggered, perhaps somewhat accidentally, it stirs questions as to what other changes are taking place before our eyes.

“Copying errors and genomic viruses directly lead to the wing patterns of these beautiful butterflies,” Gallant says. “It’s these accidents that allow the evolutionary process to move forward.

“When I look over a field of butterflies, it makes me wonder what types of ‘mistakes’ are happening right now that may lead to important evolutionary changes years from now? What evolutionary processes will we someday be able to predict?”

The paper appears in Nature Communications.

Virus discovery offers clues to the start of complex life