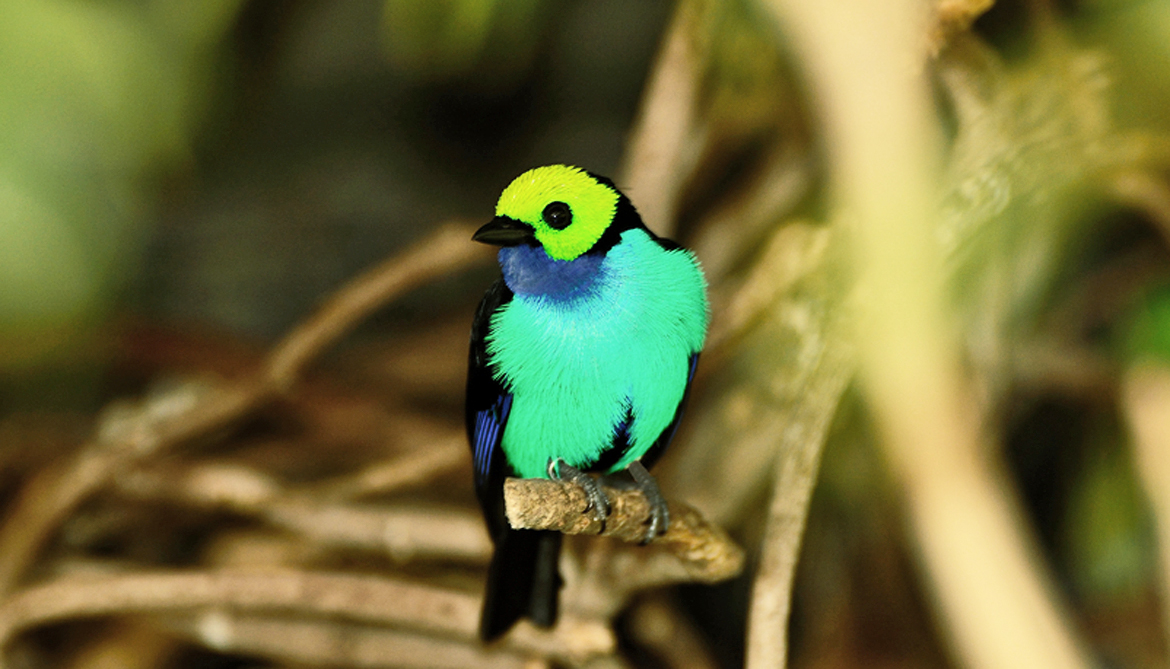 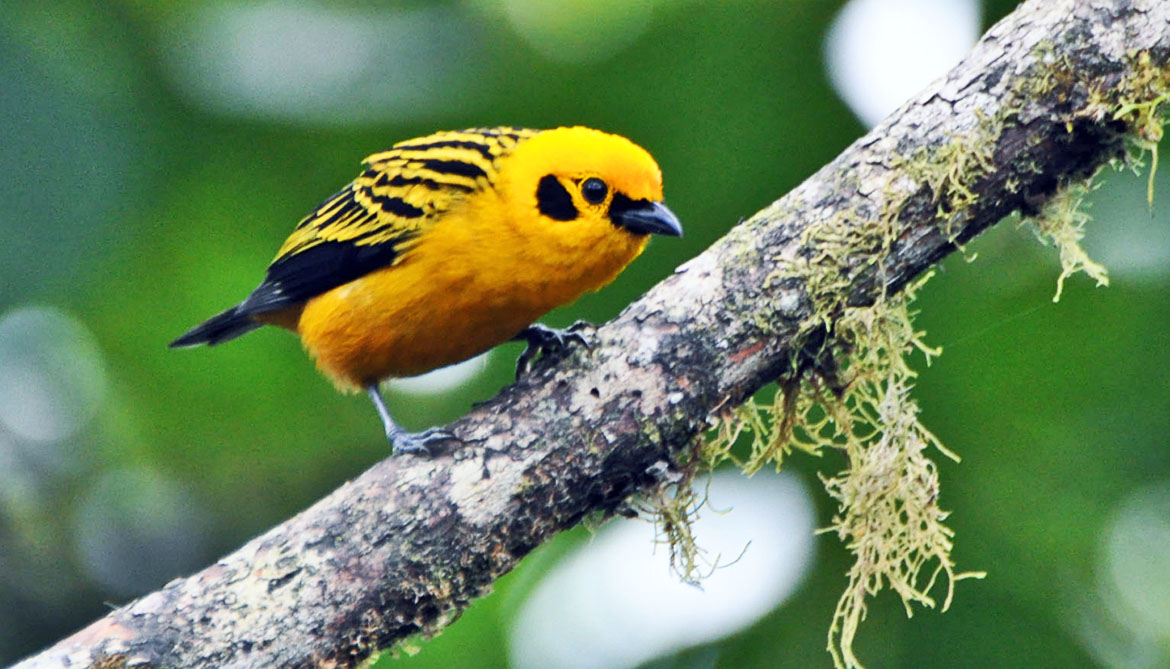 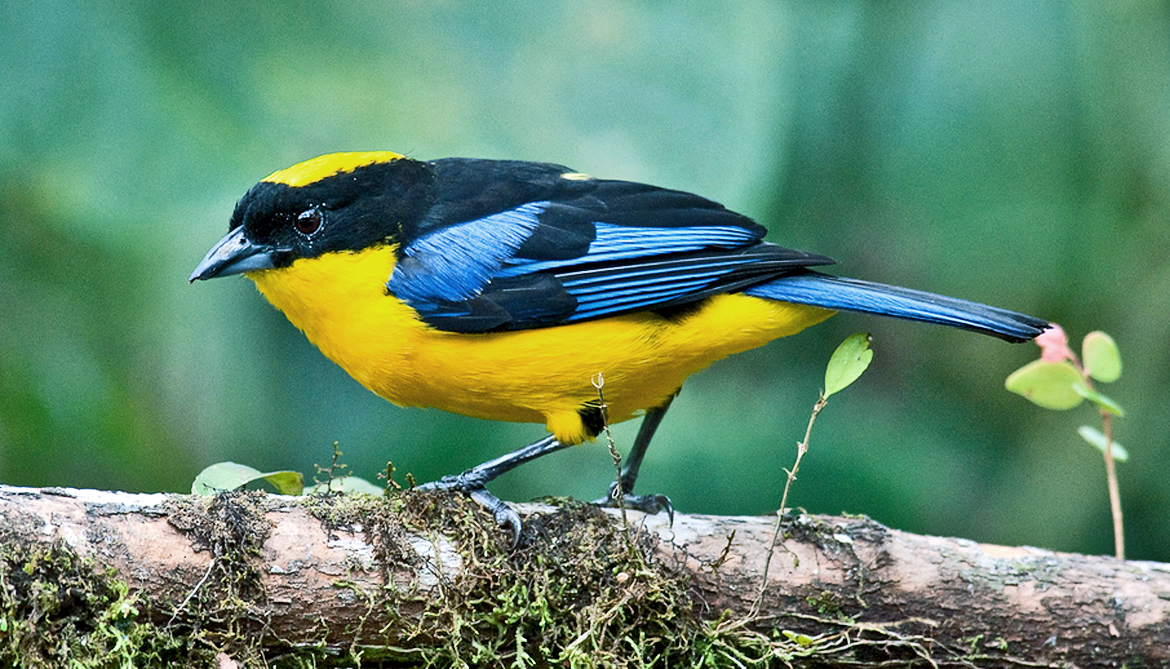 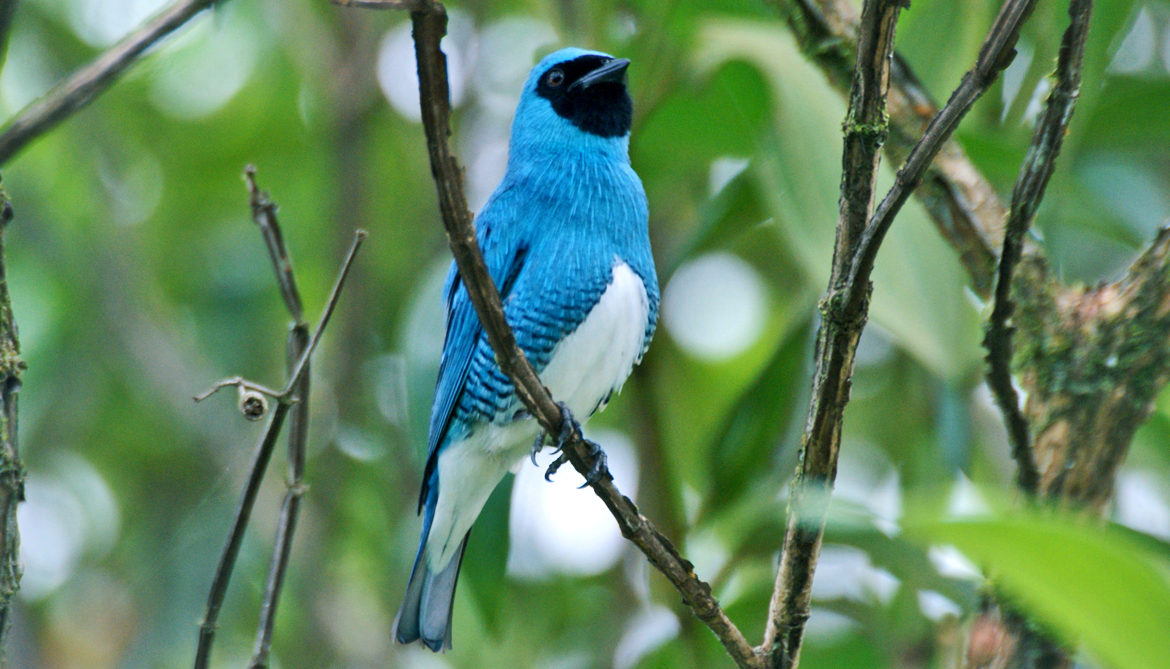 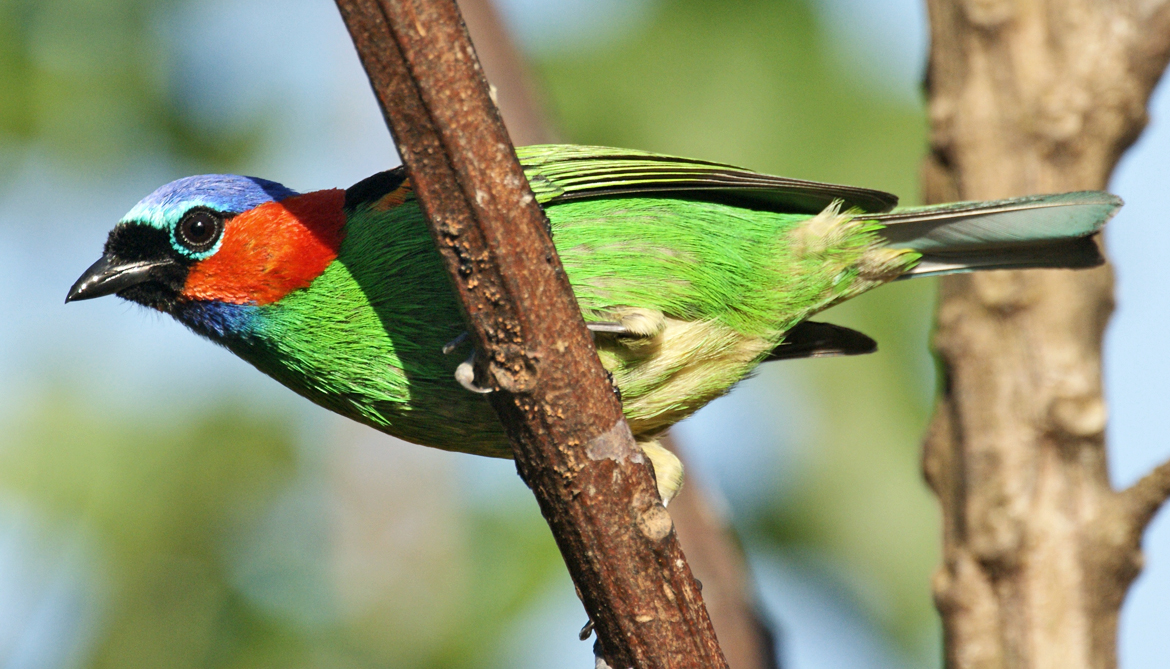 New research overturns an idea, first proposed by Charles Darwin, that birds are limited in their ways of showing off. Beautiful plumage and complex songs aren’t mutually exclusive.

A study of one of the world’s largest and most colorful bird families has dispelled the long-held notion. The study—the largest of its kind—appears in the Proceedings of the Royal Society B.

The natural world is full of showstoppers—birds with brilliant colors, exaggerated crests and tails, intricate dance routines, or virtuosic singing. But it’s long been thought that these abilities are the result of trade-offs. For a species to excel in one area, it must give up its edge in another.

For example, male Northern Cardinals are a dazzling scarlet but sing a fairly simple whistle, whereas the dull brown House Wren sings one of the most complicated songs in nature.

“Animals have limited resources, and they have to spend those in order to develop showy plumage or precision singing that help them attract mates and defend territories,” says Nick Mason, the paper’s lead author.

“So it seems to make sense that you can’t have both. But our study took a more detailed look and suggests that actually, some species can.” Mason did the research as a master’s student at San Diego State University. He is now a PhD student at the Cornell Lab of Ornithology.

Mason and his colleagues tested the idea of trade-offs by looking at a very large family of songbirds from Central and South America, the tanagers. This group consists of 371 species—nearly 10 percent of all songbirds.

It includes some of the most spectacularly colorful birds in the world such as the Paradise Tanager as well as more drab birds such the Black-bellied Seedeater. The group also includes both accomplished and weak songsters alike.

“If there were going to be any group of birds at all that would show this trade-off, the tanagers would be a very good candidate, because there’s all this variation in song and plumage complexity,” Mason says, noting that the group’s large size lends confidence to the statistical analysis.

“But when we dive into it and do some rigorous statistics, it turns out that there is no overall trend. Tanagers can be drab and plain-sounding, or colorful and musical, or anything in between.”

The study puts a significant dent in the idea of evolutionary trade-offs between plumage and song. It’s still possible that trade-offs take place at the level of genus, Mason says, or that they influence species relatively fleetingly as evolutionary pressures appear and disappear. But as a broad effect on an entire family of birds, a voice–plumage tradeoff doesn’t seem to exist.

One possibility is that the resources needed to develop fancy plumage are different from the ones required for complex songs, freeing tanagers to invest in both forms of showiness simultaneously.

The National Science Foundation and the National Geographic Society provided partial funding for the work.