Righting behavior probably evolved because "nobody wants to be upside down, and it's particularly dangerous if you're falling in midair," says Robert Dudley. (Credit: Byron Chin/Flickr) 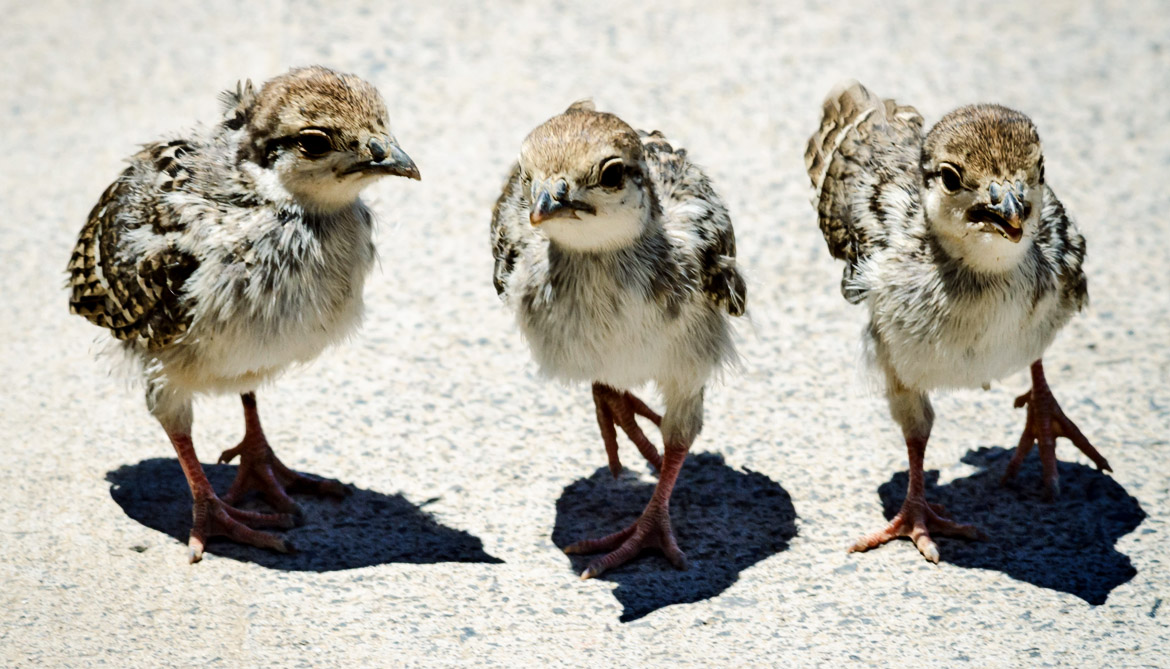 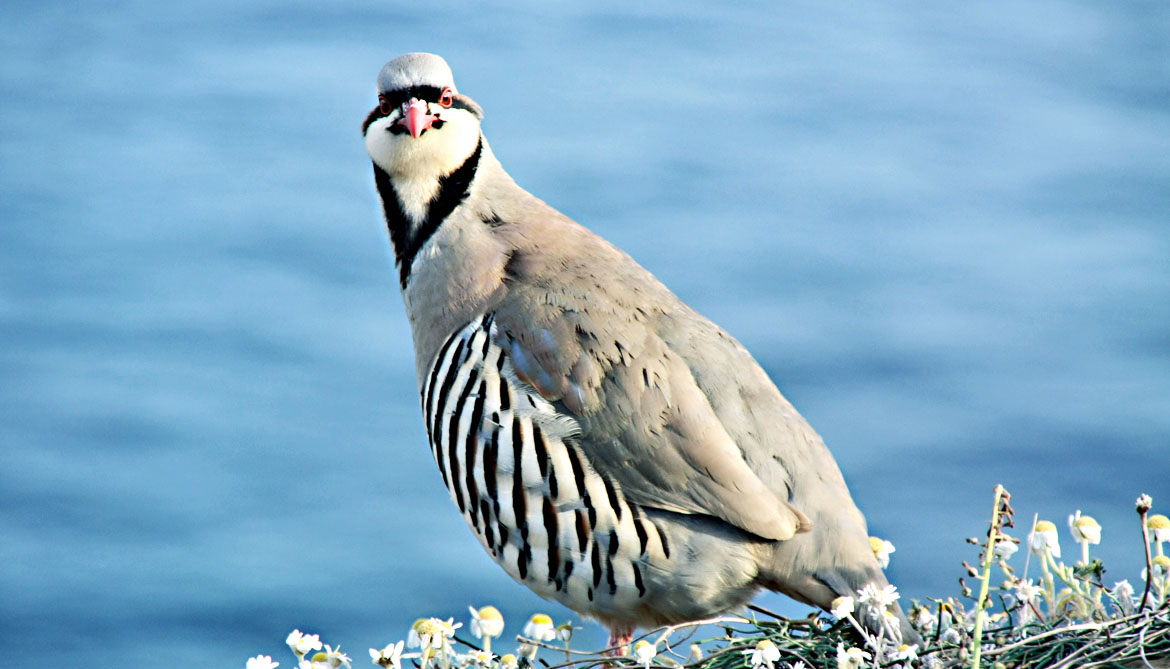 When the first birds started flying, did they fall out of trees and learn to flap on the way down? Or did they run along the ground while pumping their “arms” to get in the air?

New research helps solve the 150-million-year-old mystery—birds have an innate ability to maneuver in midair, a talent that could have helped their ancestors learn to fly rather than fall from a perch.

The study, published online in Biology Letters, looks at how baby birds, in this case chukar partridges, pheasant-like game birds from Eurasia, react when they fall upside down.

The researchers found that even ungainly, day-old baby birds successfully use their flapping wings to right themselves when they fall from a nest, a skill that improves with age until they become coordinated and graceful flyers.

“From day one, post-hatching, 25 percent of these birds can basically roll in midair and land on their feet when you drop them,” says Robert Dudley, professor of integrative biology at University of California, Berkeley. “This suggests that even rudimentary wings can serve a very useful aerodynamic purpose.”

Learning to flap and roll

The nestlings right themselves by pumping their wings asymmetrically to flip or roll. By nine days after hatching, 100 percent of the birds in the study had developed coordinated or symmetric flapping, plus body pitch control to right themselves.

“These abilities develop very quickly after hatching, and occur before other previously described uses of the wings, such as for weight support during wing-assisted incline running,” says coauthor Dennis Evangelista, now a postdoctoral researcher at the University of North Carolina, Chapel Hill.

He emphasizes that no chukar chicks were injured in the process.

“The results highlight the importance of maneuvering and control in development and evolution of flight in birds.”

Dudley has argued for a decade that midair maneuverability preceded the development of flapping flight and allowed the ancestors of today’s birds to effectively use their forelimbs as rudimentary wings.

Righting behavior probably evolved because “nobody wants to be upside down, and it’s particularly dangerous if you’re falling in midair,” Dudley says. “But once animals without wings have this innate aerial righting behavior, when wings came along it became easier, quicker, and more efficient.”

Dudley notes that some scientists hypothesize that true powered flight originated in the theropod dinosaurs, the ancestors to birds, when they used symmetric wing flapping while running up an incline, a behavior known as wing-assisted incline running, or WAIR.

WAIR proponents argue that the wings assist running by providing lift, like the spoiler on a race car, and that the ability to steer or maneuver is absent early in evolution.

Running uphill or falling from trees?

Such activity has never been regularly observed in nature, however, and Dudley favors the scenario that flight developed in tree-dwelling animals falling and eventually evolving the ability to glide and fly.

He has documented many ways that animals in the wild, from lizards and lemurs to ants, use various parts of their bodies to avoid hard landings on the ground.

Practically every animal that has been tested is able to turn upright, and a great many, even ones that do not look like fliers, have some ability to steer or maneuver in the air.

Contrary to WAIR, maneuvering is very important at all stages of flight evolution and must have been present early, Evangelista says. Seeing it develop first in very young chicks indirectly supports this idea.

“Symmetric flapping while running is certainly one possible context in which rudimentary wings could have been used, but it kicks in rather late in development relative to asymmetric flapping,” Dudley adds.

“This experiment illustrates that there is a much broader range of aerodynamic capacity available for animals with these tiny, tiny wings than has been previously realized.”

The researchers also tested the young chicks to see if they flapped their wings while running up an incline. None did.