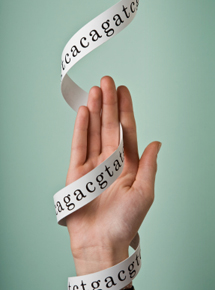 “This is the first study to suggest that a tendency to be more empathetic and stress reactive than others may be influenced by a single gene,” notes study coauthor Sarina Rodrigues. Informally known as the “cuddle” or “love” hormone, oxytocin is secreted into the bloodstream and the brain, where it promotes social interaction, bonding and romantic love, among other functions.

UC BERKELEY (US)—Researchers have found compelling evidence that people who are more empathetic possess a particular variation of the oxytocin receptor gene.

Published in the journal Proceedings in the National Academy of Sciences, the findings by researchers at the University of California, Berkeley, support other research showing that oxytocin plays a major role in countering stress. Previous studies have also linked this genetic variation with autism and parenting styles, says study coauthor Sarina Rodrigues, assistant professor of psychology at Oregon State University.

All humans inherit a variation of this gene or “allele” from each parent. The study looked at the three combinations of gene variations of the oxytocin receptor. The most empathetic—able to get an accurate read on others’ emotions—had two copies of the “G allele.” In contrast, members of the AA and AG allele groups were found to be less capable of putting themselves in the shoes of others and more likely to get stressed out in difficult situations.

“This is the first study to suggest that a tendency to be more empathetic and stress reactive than others may be influenced by a single gene,” notes Rodrigues.

Informally known as the “cuddle” or “love” hormone, oxytocin is secreted into the bloodstream and the brain, where it promotes social interaction, bonding and romantic love, among other functions. It is also key to procreation, activating uterine contractions during childbirth and lactation for breastfeeding.

But while nature might have given some of us the DNA to be more empathetic, those who are not in the GG group should not despair, Rodrigues says. “There are plenty of people in the AA or AG gene pool who are empathetic, caring individuals,” adds Rodrigues, who is not a double G but counts herself as caring and empathetic.

If you know you’re not in the GG group, you might just have to work harder at making social connections, she explains.

In the study of some 200 young men and women of diverse ethnicities, participants, who provided DNA samples, filled out questionnaires that gauged their levels of empathy and their ability to read emotions displayed in eye expressions. Those with the GG variation were better at reading eye expressions than their AA and AG counterparts.

Participants were also were given stress reactivity tests, including one that measured their heart rate as they awaited loud blasts of noise. While female participants were found overall to be more sensitive to stress, both men and women in the GG group maintained a lower heart rate in the face of the sound blasts.

While the findings might inspire science fiction musings about genetic screening for caring professions or even for sociopaths, they point to positive applications, Rodrigues says.

“Not everyone is going to be a touchy-feely person,” she adds. “We should reach out to people who aren’t because research shows it’s better for everyone to be socially connected.”

The study was funded by the Metanexus Institute and UC Berkeley’s Greater Good Science Center.

‘Hero’ protein has a helper for DNA repair

This signal indicates when plants are under stress

Many kids with autism don’t get mandated early intervention