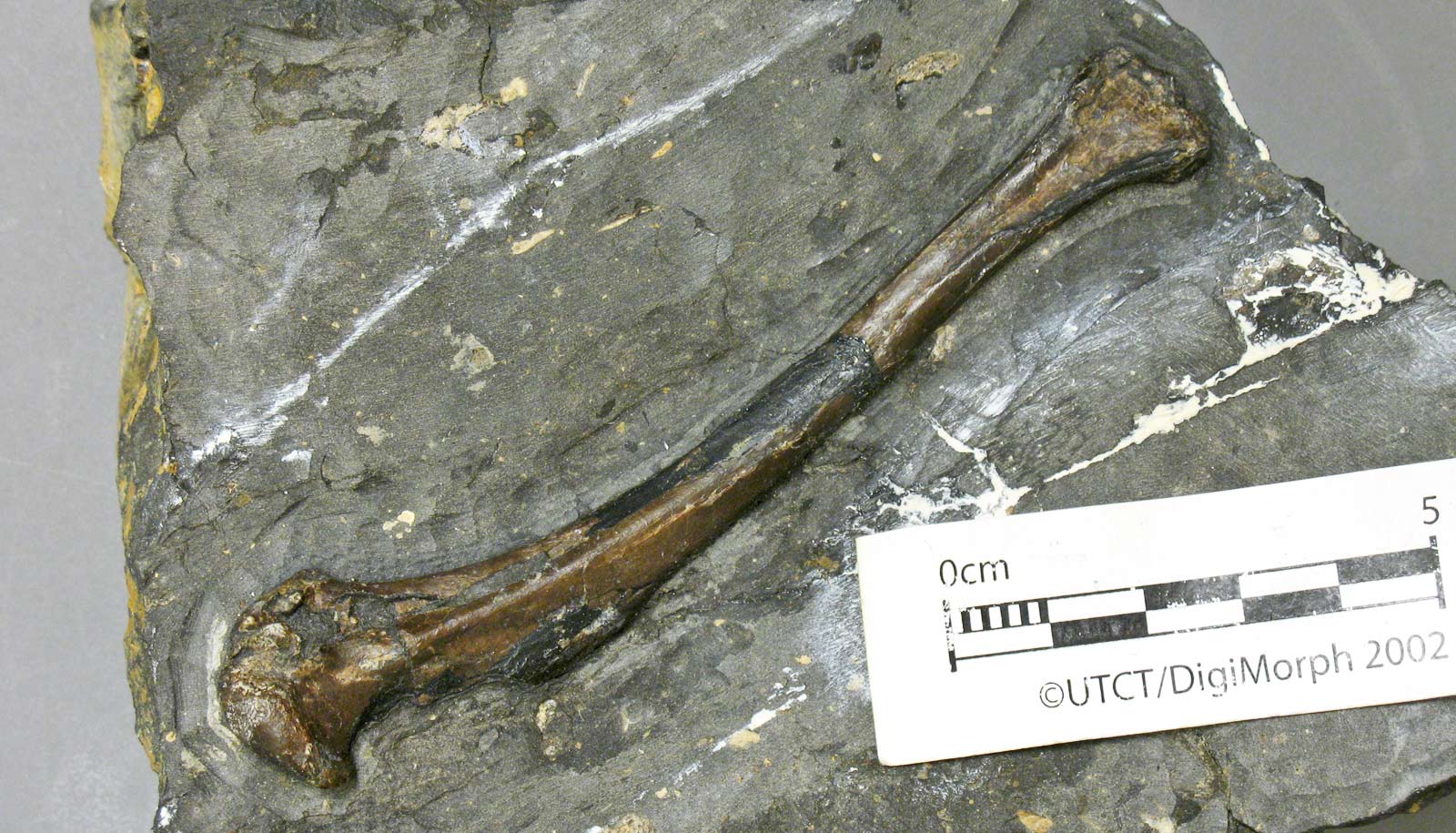 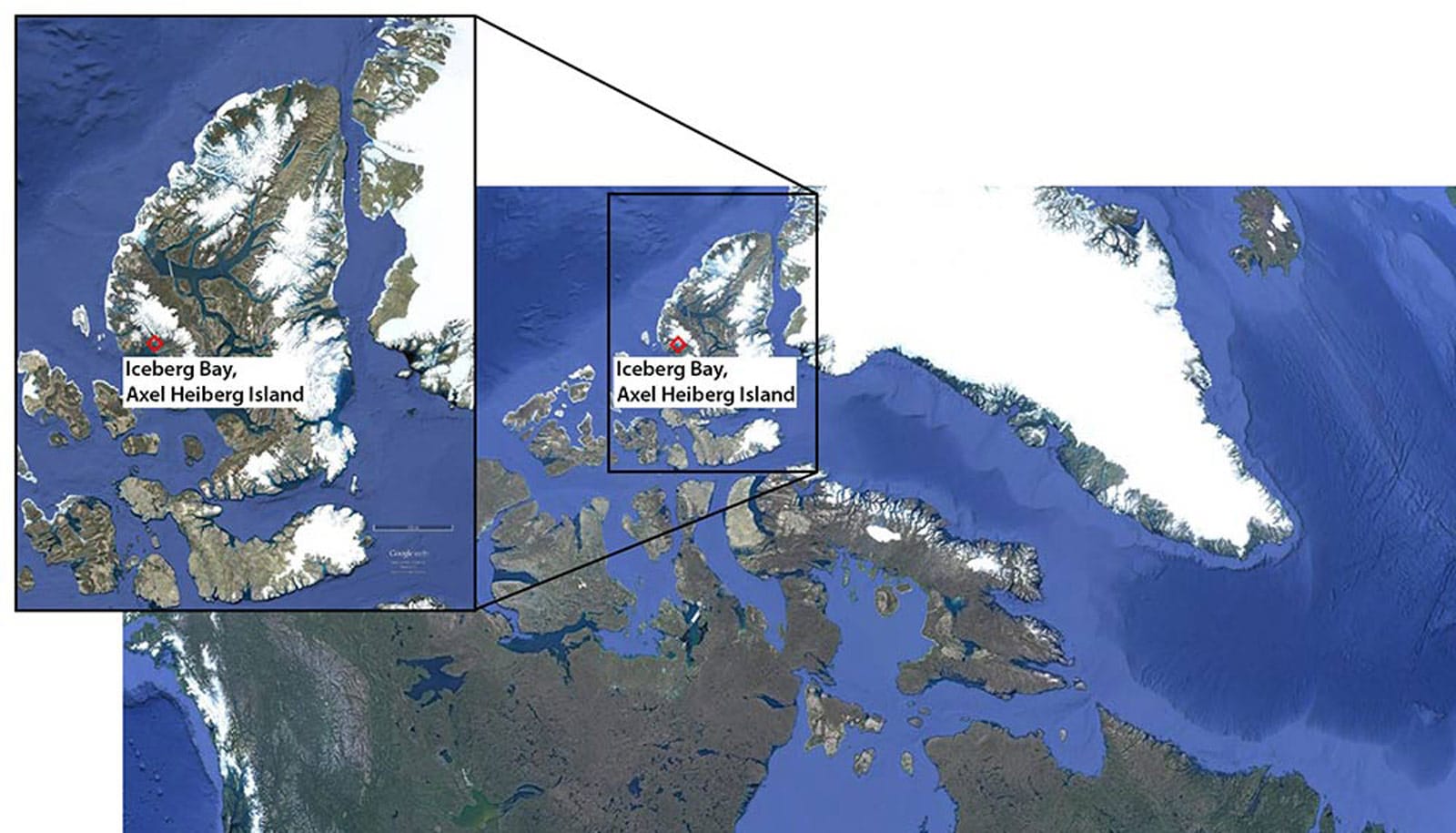 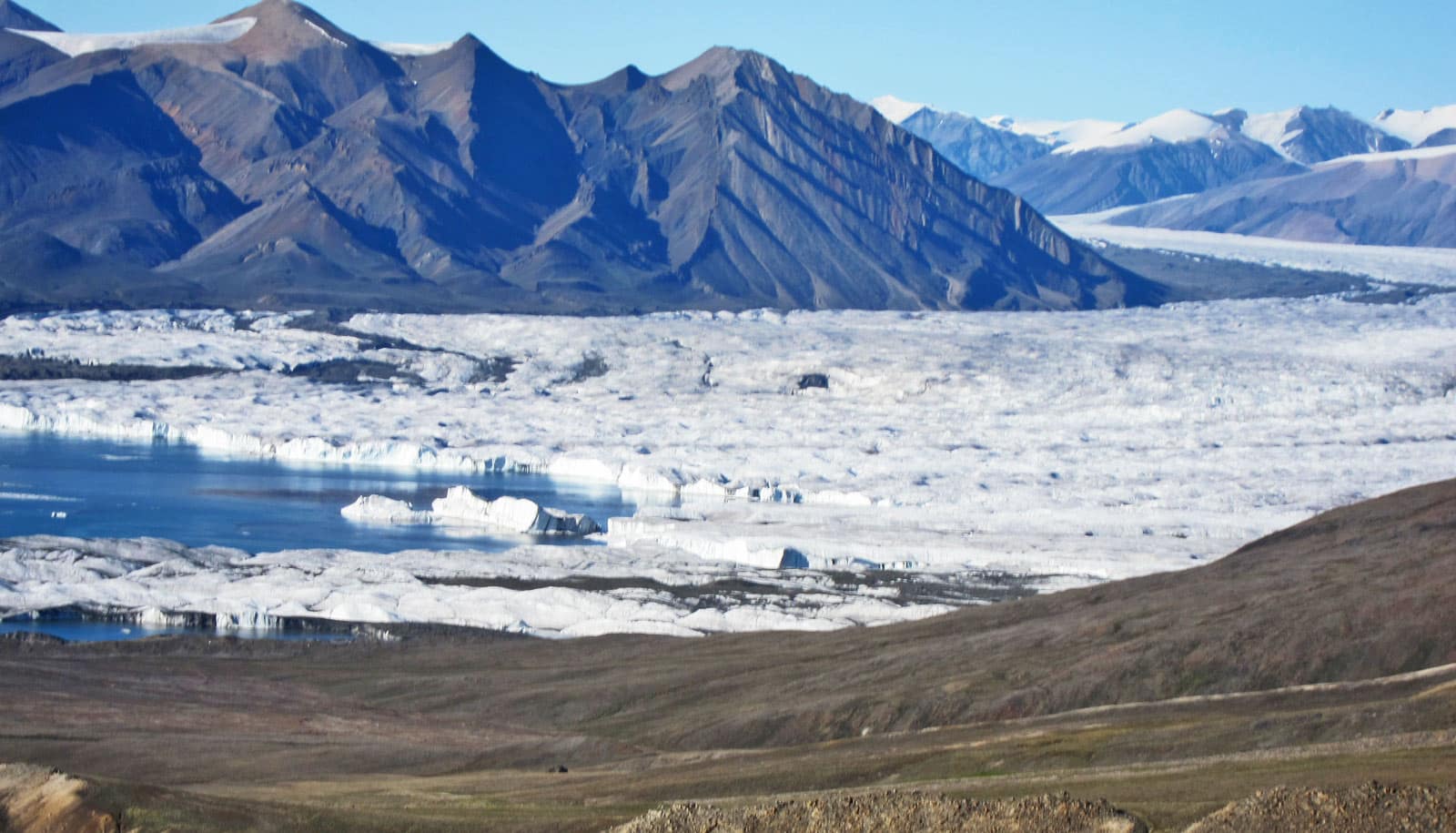 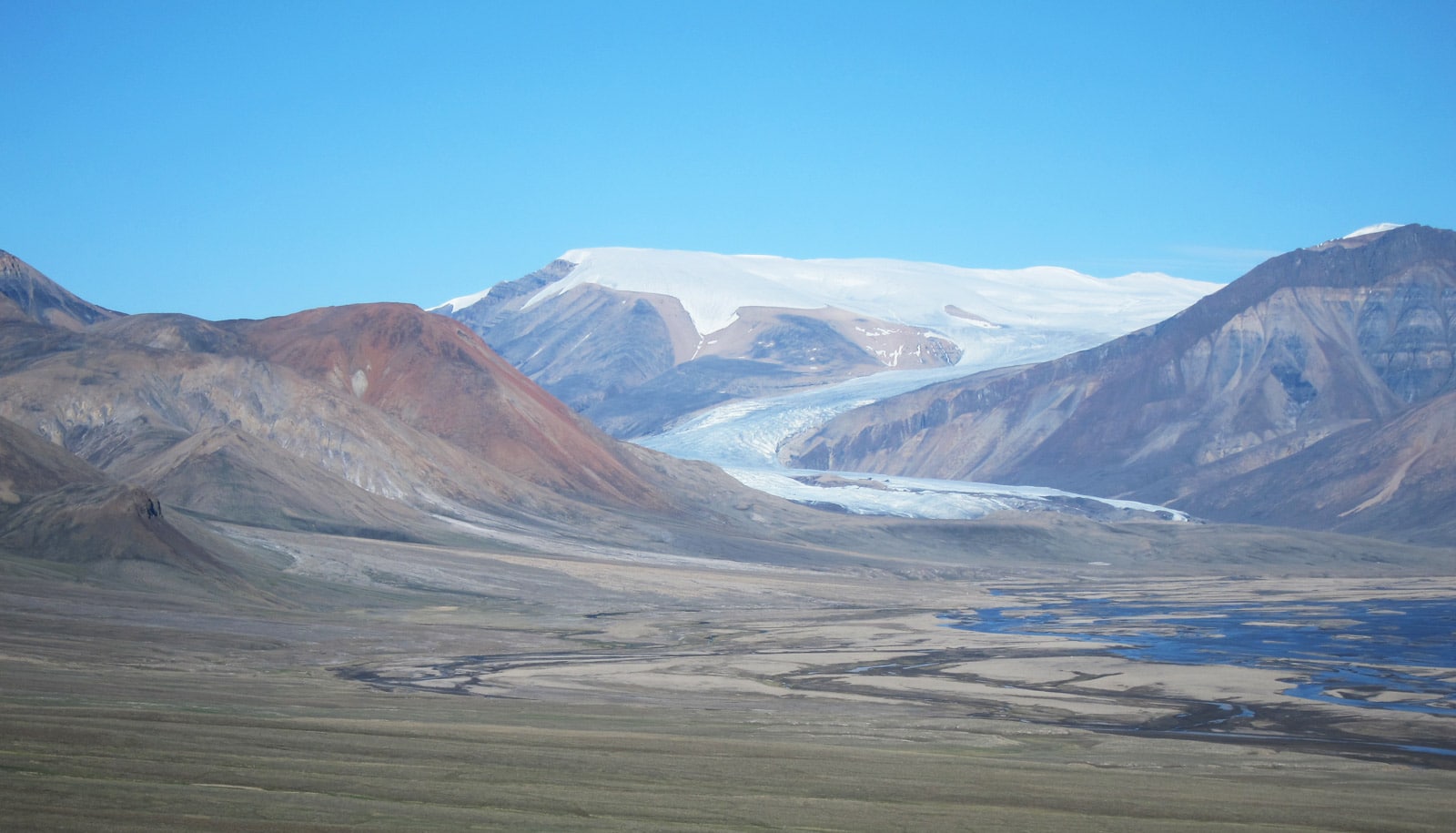 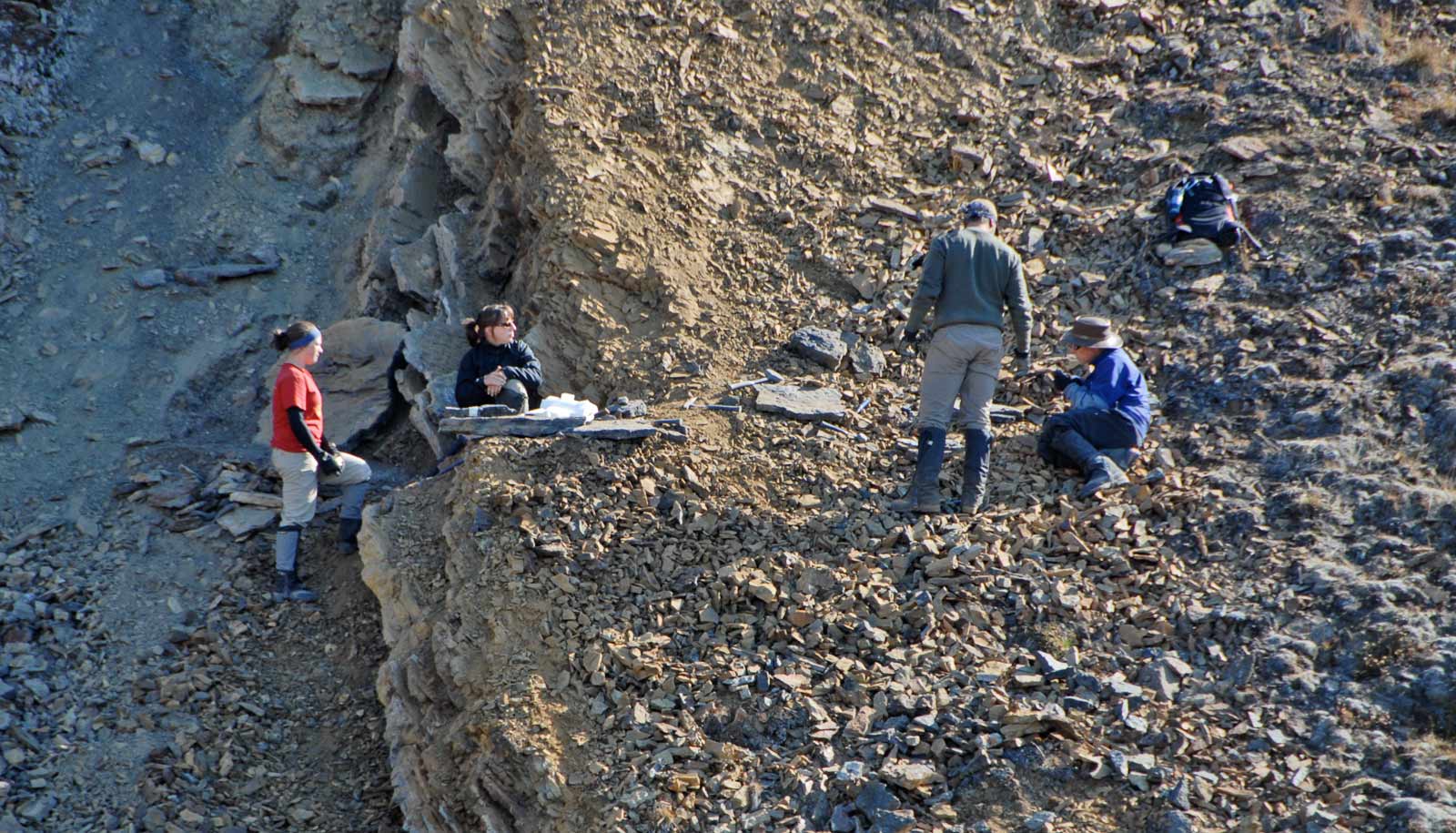 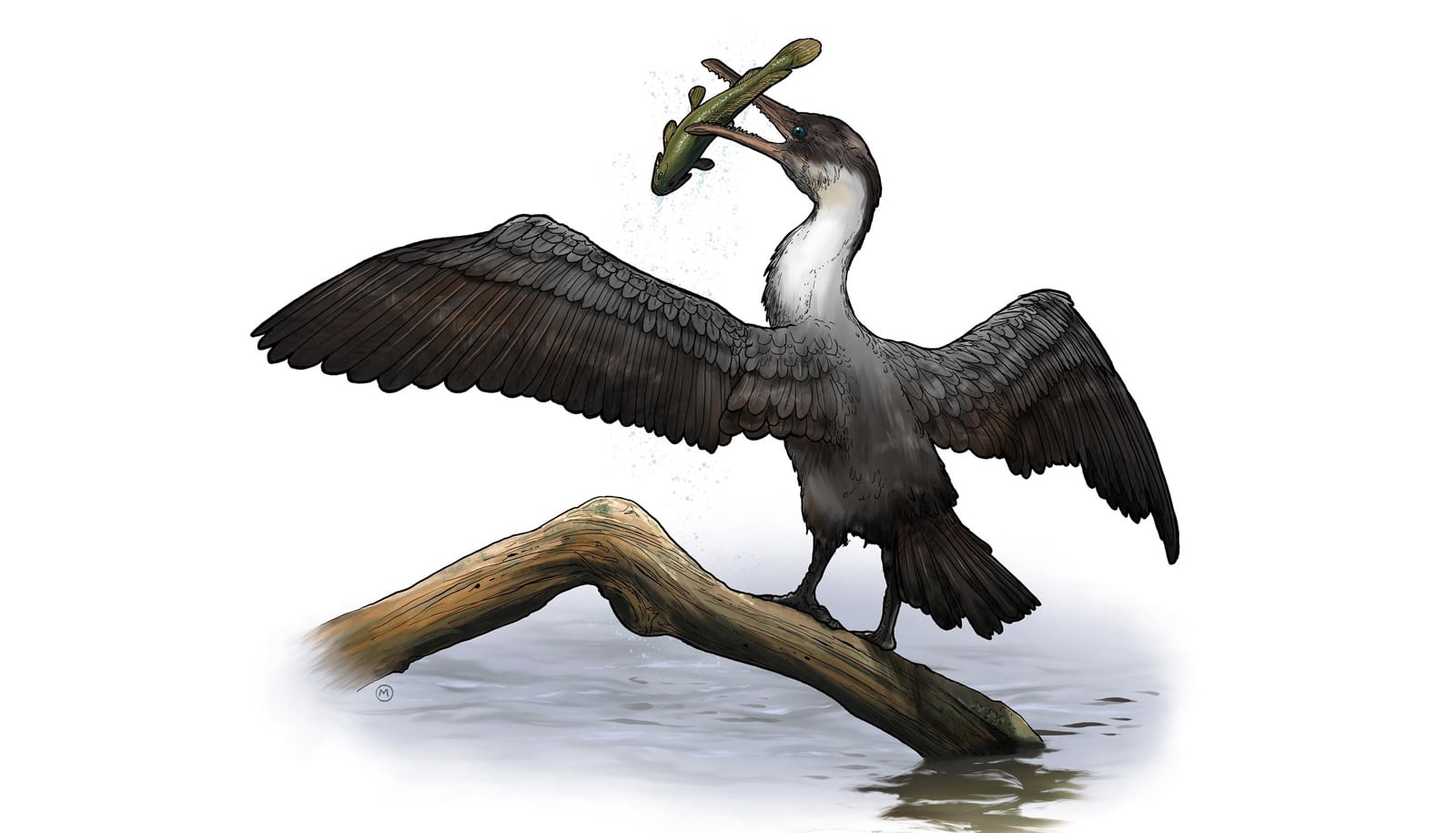 Geologists have discovered a new species of bird in the Canadian Arctic. At approximately 90 million years old, the bird fossils are among the oldest avian records found in the northernmost latitude, and offer further evidence of an intense warming event during the late Cretaceous period.

“The bird would have been a cross between a large seagull and a diving bird like a cormorant, but likely had teeth,” says John Tarduno, professor and chair of the department of earth and environmental sciences at the University of Rochester and leader of the expedition.

Tarduno and his team named the bird Tingmiatornis arctica; “Tingmiat” means “those that fly” in the Inuktitut language spoken in the central and eastern Canadian Arctic (Nunavut territory).

Their findings, published in Scientific Reports, add to previous fossil records Tarduno uncovered from the same geological time period and location on previous expeditions. Taken together, the fossils paint a clearer picture of an ecosystem that would have existed in the Canadian Arctic during the Cretaceous period’s Turonian age, which lasted from approximately 93.9 to 89.8 million years ago.

“These fossils allow us to flesh out the community and add to our understanding of the community’s composition and how it differed from other places in the world,” says Donald Brinkman, vertebrate paleontologist and director of preservation and research at the Royal Tyrrell Museum in Alberta, Canada.

Building historic climate records further helps scientists determine the effects of climate on various communities, ecosystems, and the distribution of species and could help predict the effects of future climatic events.

“Before our fossil, people were suggesting that it was warm, but you still would have had seasonal ice,” Tarduno says. “We’re suggesting that’s not even the case, and that it’s one of these hyper-warm intervals because the bird’s food sources and the whole part of the ecosystem could not have survived in ice.”

Pigments stick around in fossil feathers

From the fossil and sediment records, Tarduno and his team were able to conjecture that the bird’s environment in the Canadian Arctic during the Turonian age would have been characterized by volcanic activity, a calm freshwater bay, temperatures comparable to those in northern Florida today, and creatures such as turtles, large freshwater fish, and champsosaurs—now-extinct, crocodile-like reptiles.

“The fossils tell us what that world could look like, a world without ice at the arctic,” says Richard Bono, a PhD candidate in earth and environmental sciences at the University of Rochester and a member of Tarduno’s expedition. “It would have looked very different than today where you have tundra and fewer animals.”

The Tingmiatornis arctica fossils were found above basalt lava fields, created from a series of volcanic eruptions. Scientists believe volcanoes pumped carbon dioxide into the Earth’s atmosphere, causing a greenhouse effect and a period of extraordinary polar heat. This created an ecosystem allowing large birds, including Tingmiatornis arctica, to thrive.

Tarduno’s team unearthed three bird bones: part of the ulna and portions of the humerus, which, in birds, are located in the wings. From the bone features, as well as thickness and proportions, the team’s paleontologist, Julia Clarke of the University of Texas, determined the evolutionary relationships of the new birds as well as characteristics that indicate whether it likely was able to fly or dive.

“These birds are comparatively close cousins of all living birds and they comprise some of the oldest records of fossil birds from North America,” Clarke says. “Details of the upper arm bones tell us about how features of the flightstroke seen in living species came to be.”

Previous fossil discoveries indicate the presence of carnivorous fish such as the 0.3-0.6 meter-long bowfin. Birds feeding on these fish would need to be larger and have teeth, offering additional clues to Tingmiatornis arctica’s characteristics.

Physiological factors, such as a rapid growth and maturation rate, might explain how this line of bird was able to survive the Cretaceous-Paleogene mass extinction event that occurred approximately 66 million years ago and eliminated approximately three-quarters of the plant and animal species on Earth.

These physiological characteristics are still conjecture, Tarduno emphasizes, but he says the bird’s environment gives clear indications as to why the bird fossils were found in this location.

“It’s there because everything is right,” Tarduno says. “The food supply was there, there was a freshwater environment, and the climate became so warm that all of the background ecological factors were established to make it a great place.”