Aurelius Polion's letter to his brother, sister, and his mother "the bread seller," reads like one of a man who is very desperate to reach his family after sending six letters that have gone unanswered. A portion of the letter is pictured above. See the full image below. (Courtesy of University of California, Berkley's Bancroft Library)

Scholars have deciphered an 1,800-year-old letter from an Egyptian solider serving in a Roman legion in Europe. The soldier was writing to his family back home, and the letter shows striking similarities to what some soldiers may be feeling here and now.

The private letter sent home by Roman military recruit Aurelius Polion was originally discovered in 1899 by the expedition team of Grenfell and Hunt in the ancient Egyptian city of Tebtunis. It had been catalogued and described briefly before, but to this point no one had deciphered and published the letter, which was written mostly in Greek.

“This letter was just one of many documents that Grenfell and Hunt unearthed,” says Grant Adamson, a religious studies graduate student at Rice University. “And because it was in such bad shape, no one had worked much on it for about 100 years.” Even now portions of the letter’s contents are uncertain or missing and not possible to reconstruct.

Polion’s letter to his brother, sister, and his mother “the bread seller,” reads like one of a man who is very desperate to reach his family after sending six letters that have gone unanswered. He wrote in part:

‘You never wrote back’

“I pray that you are in good health night and day, and I always make obeisance before all the gods on your behalf. I do not cease writing to you, but you do not have me in mind. But I do my part writing to you always and do not cease bearing you (in mind) and having you in my heart. But you never wrote to me concerning your health, how you are doing. I am worried about you because although you received letters from me often, you never wrote back to me so that I may know how you.

“I sent six letters to you. The moment you have (?) me in mind, I shall obtain leave from the consular (commander), and I shall come to you so that you may know that I am your brother. For I demanded (?) nothing from you for the army, but I fault you because although I write to you, none of you (?) … has consideration. Look, your (?) neighbor … I am your brother.”

Adamson believes that Polion was stationed in the Roman province of Pannonia Inferior at Aquincum (modern day Budapest), but that the legion to which Polion belonged is known to have been mobile and may have traveled as far as Byzantium (modern day Istanbul).

“Polion was literate, and literacy was rarer then that it is now, but his handwriting, spelling, and Greek grammar are erratic,” Adamson says, which made English translation of the damaged letter even more difficult.

Adamson believes Polion wrote home in Greek because writing home in Egyptian was not really an option at the time, and because his family in Egypt most likely did not know much Latin.

To establish an approximate date for the letter, Adamson depended on handwriting styles and a few other more specific hints.

“Dating ancient papyri is generally hard to do very specifically unless there happens to be a date or known event mentioned in the text,” Adamson says. “But you can make a preliminary decision based on the handwriting.”

Another hint is the soldier’s Roman name Aurelius; he could have acquired it as part of a widespread granting of Roman citizenship in the year 212. And another hint is Polion’s reference to a “consular commander,” which suggests a date after 214 when the Roman province of Pannonia Inferior came under consular governance.

“One thing that I think is important about this letter is that it reflects the emotions of a solider in the ancient world,” said April DeConick, chair of the religious studies department and Adamson’s faculty adviser. “His emotions are really no different than those of soldiers today, who are longing to go home.”

Adamson began working on the letter in 2011 when he was assigned the papyrus to work on during a summer institute hosted at Brigham Young University. The letter, published in the Bulletin of the American Society of Papryologists, is housed at the University of California, Berkeley. 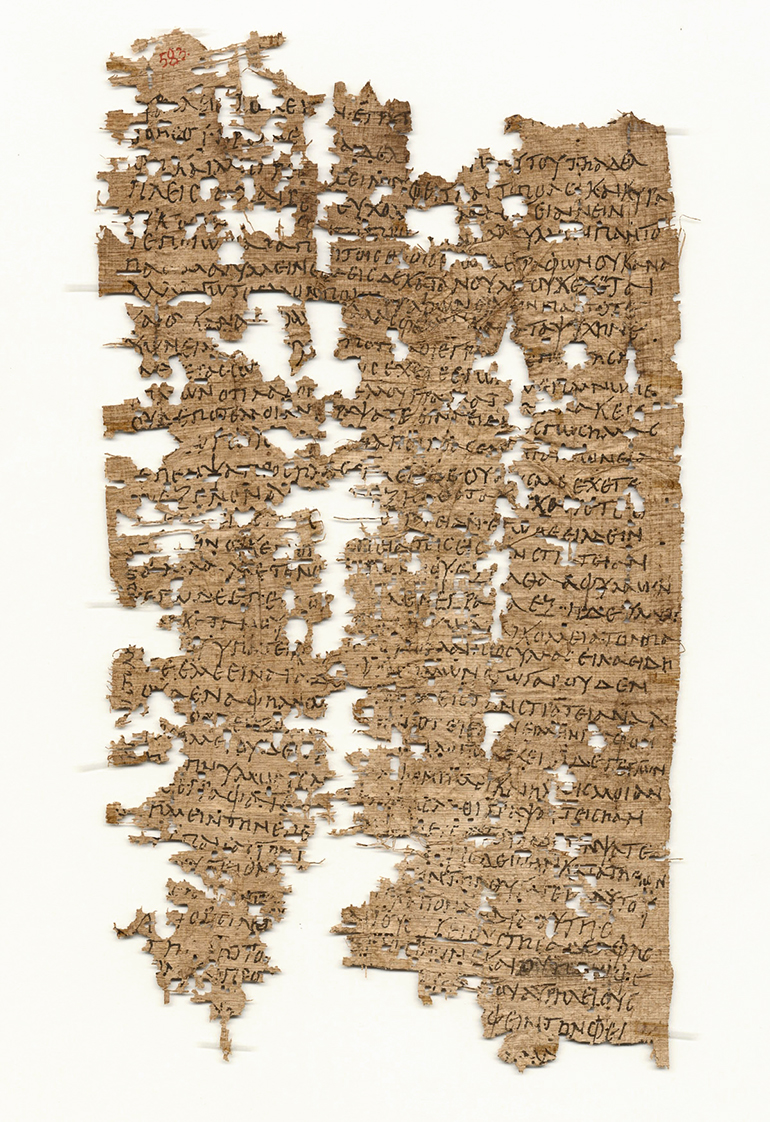 Expert: Risk of nuclear war over Ukraine is low

Will Russia start a war with Ukraine?