A magnified cross-section of a shell. The lines in the outer layer come from growth during low tides, and help to put a time on the temperature measurements. (Credit: M. Carre/University of Montpellier) 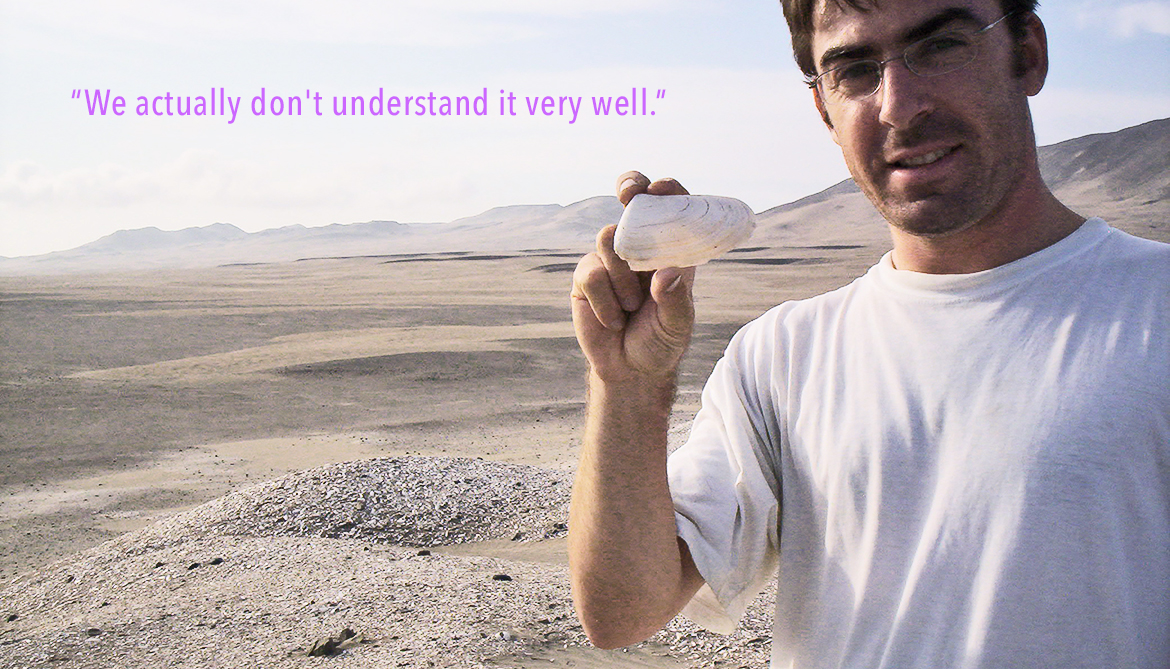 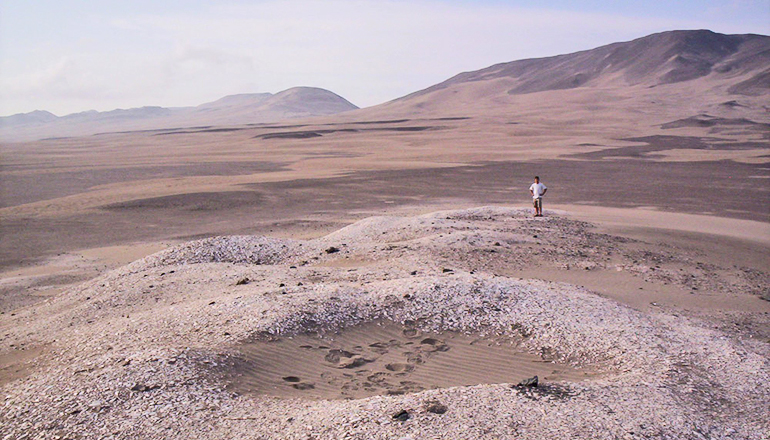 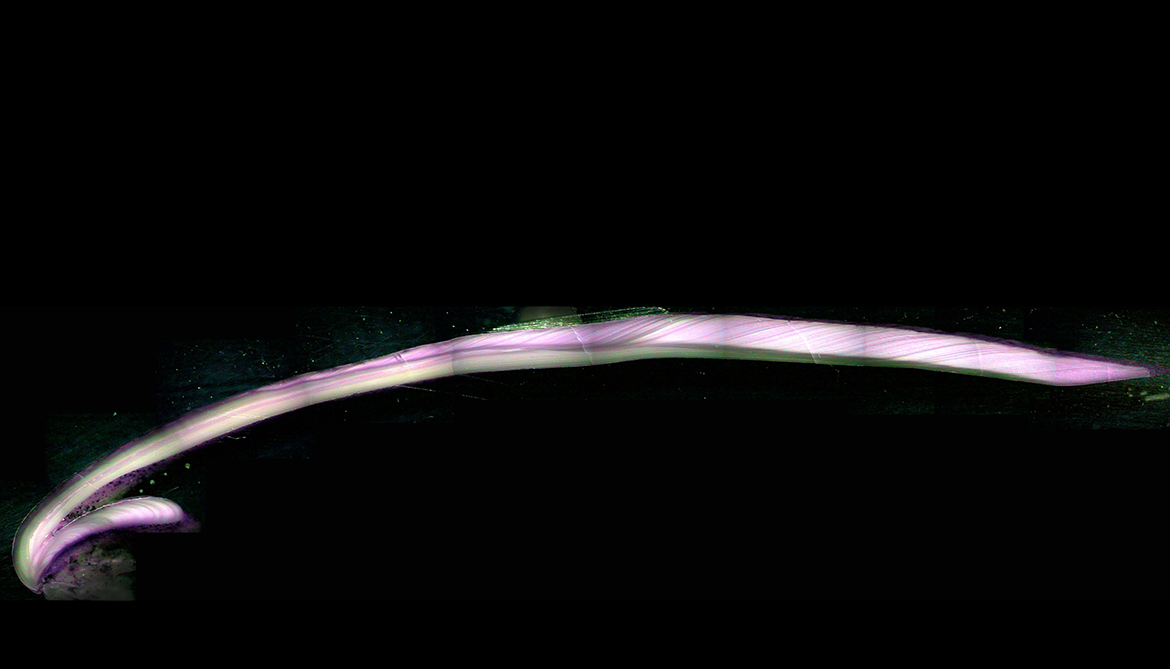 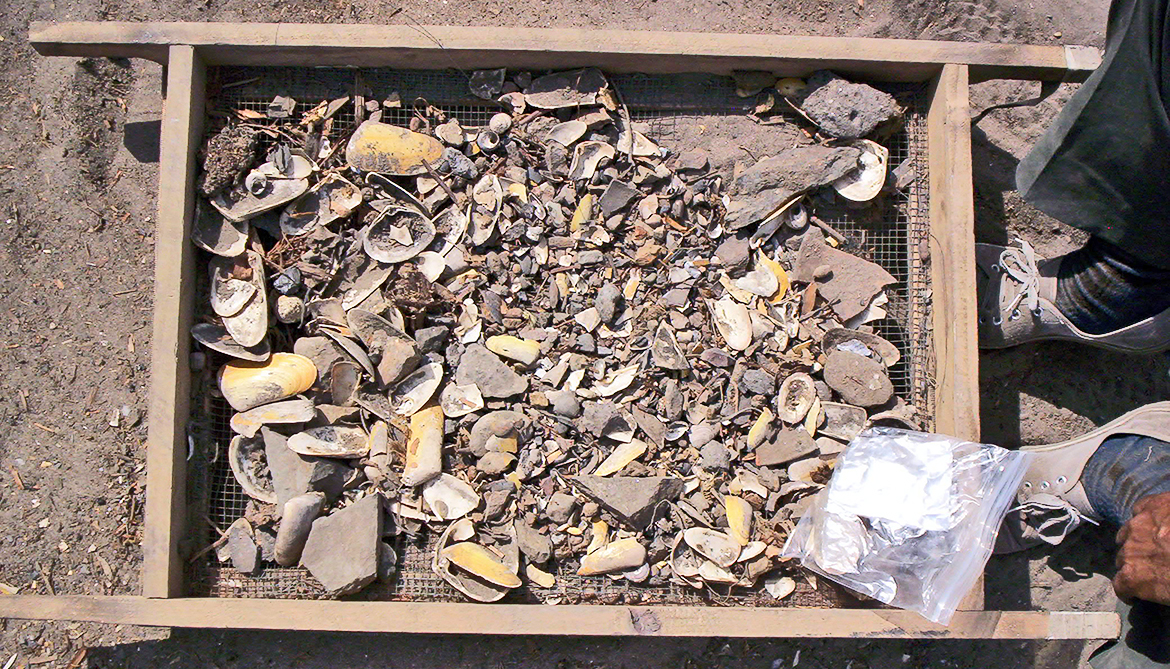 Using a dating technique based on 10,000-year-old mollusk shells, scientist have cast doubt on computer models that point to El Niño’s weakling past.

Scientists have suspected that El Niño was weaker in ancient times because of a different configuration of the Earth’s orbit. But an analysis of ancient shells suggests that the El Niños 10,000 years ago were as strong and frequent as the ones we experience today.

The results question how well computer models can reproduce historical El Niño cycles—or predict how they could change under future climates. The research appears in Science.

“We thought we understood what influences the El Niño mode of climate variation, and we’ve been able to show that we actually don’t understand it very well,” says Julian Sachs, a University of Washington professor of oceanography.

“Our data contradicts the hypothesis that El Niño activity was very reduced 10,000 years ago, and then slowly increased since then,” says first author Matthieu Carré, who conducted the study as a postdoctoral researcher and now holds a faculty position at the University of Montpellier in France.

In 2007 Carré accompanied archaeologists to seven sites in coastal Peru. Together they sampled 25-foot-tall piles of shells from Mesodesma donacium clams eaten and then discarded over centuries into piles that archaeologists call middens.

The shells provide 1- to 3-year-long records of monthly temperature of the Pacific Ocean along the coast of Peru. Combining layers of shells from each site gives water temperatures for intervals spanning 100 to 1,000 years during the past 10,000 years.

The new record shows that 10,000 years ago the El Niño cycles were strong, contradicting the current leading interpretations. Roughly 7,000 years ago the shells show a shift to the central Pacific of the most severe El Niño impacts, followed by a lull in the strength and occurrence of El Niño from about 6,000 to 4,000 years ago.

One possible explanation for the surprising finding of a strong El Niño 10,000 years ago was that some other factor was compensating for the dampening effect expected from cyclical changes in Earth’s orbit around the sun during that period.

“The best candidate is the polar ice sheet, which was melting very fast in this period and may have increased El Niño activity by changing ocean currents,” Carré says.

Around 6,000 years ago most of the ice age floes would have finished melting, so the effect of Earth’s orbital geometry might have taken over then to cause the period of weak El Niños.

In previous studies, warm-water shells and evidence of flooding in Andean lakes had been interpreted as signs of a much weaker El Niño around 10,000 years ago.

The new data is more reliable, Carré says, for three reasons: the Peruvian coast is strongly affected by El Niño; the shells record ocean temperature, which is the most important parameter for the El Niño cycles; and the ability to record seasonal changes, the timescale at which El Niño can be observed.

“Climate models and a variety of datasets had concluded that El Niños were essentially nonexistent, did not occur, before 6,000 to 8,000 years ago,” Sachs says. “Our results very clearly show that this is not the case, and suggest that current understanding of the El Niño system is incomplete.”

The US National Science Foundation, the US National Oceanic and Atmospheric Administration, and the French National Research Agency funded the research.

Rising temps could kill millions a year by century’s end