A researcher takes a laser scan of the rock shelter and its landscape. (Credit: K. Walsh) 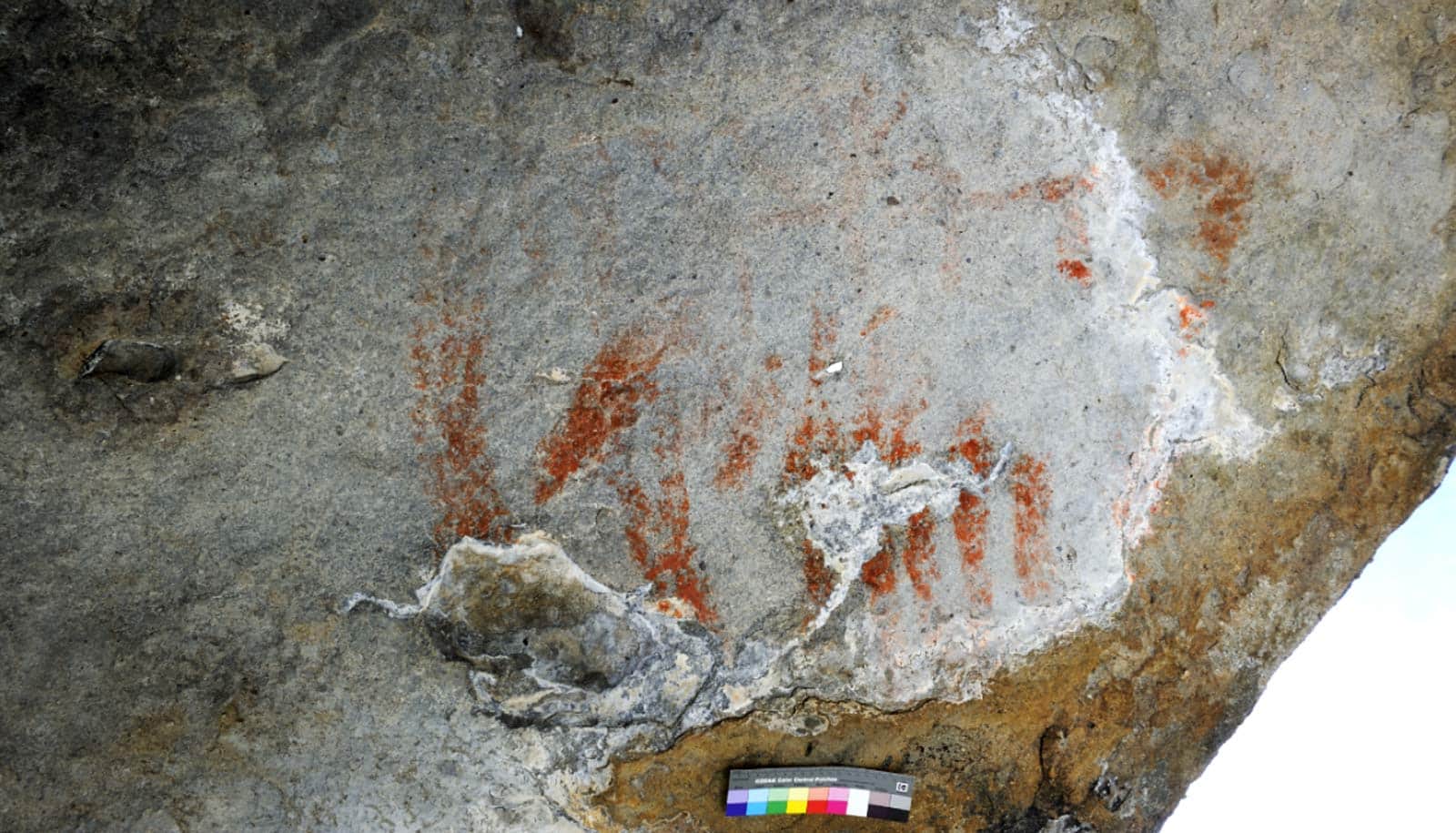 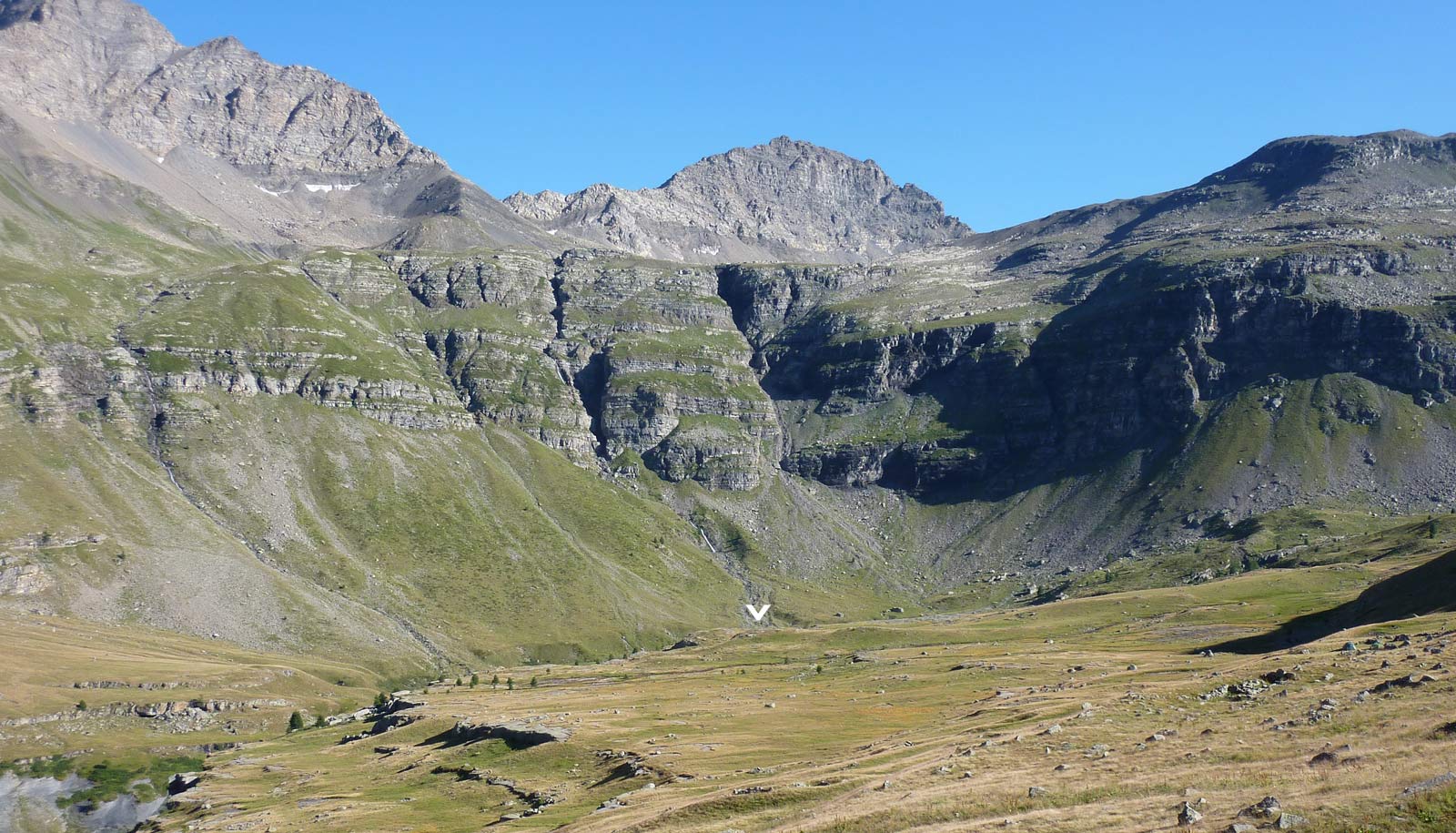 The Faravel plateau viewed from the north. The arrow indicates the location of the Abri Faravel. (Credit: K. Walsh) 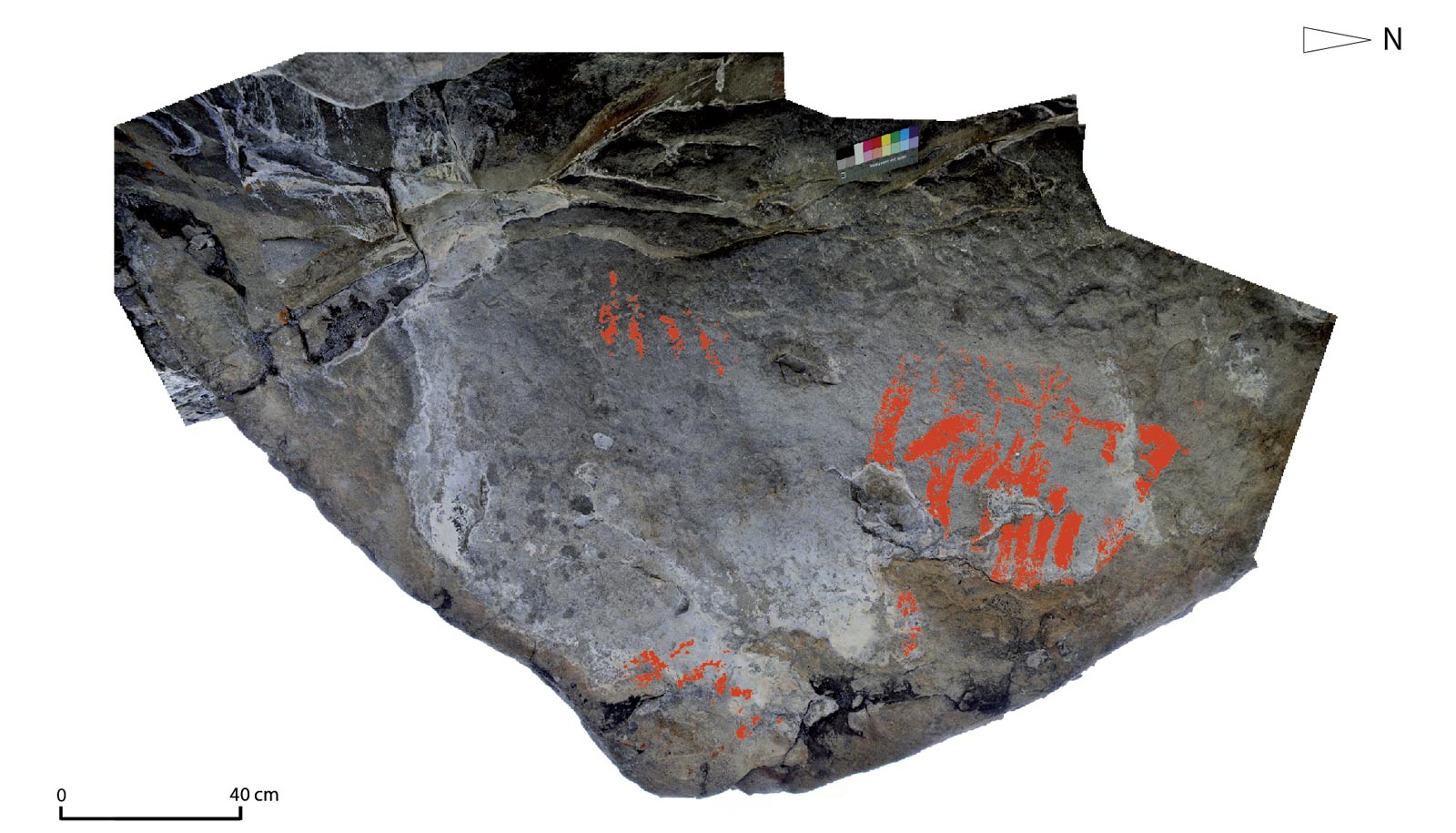 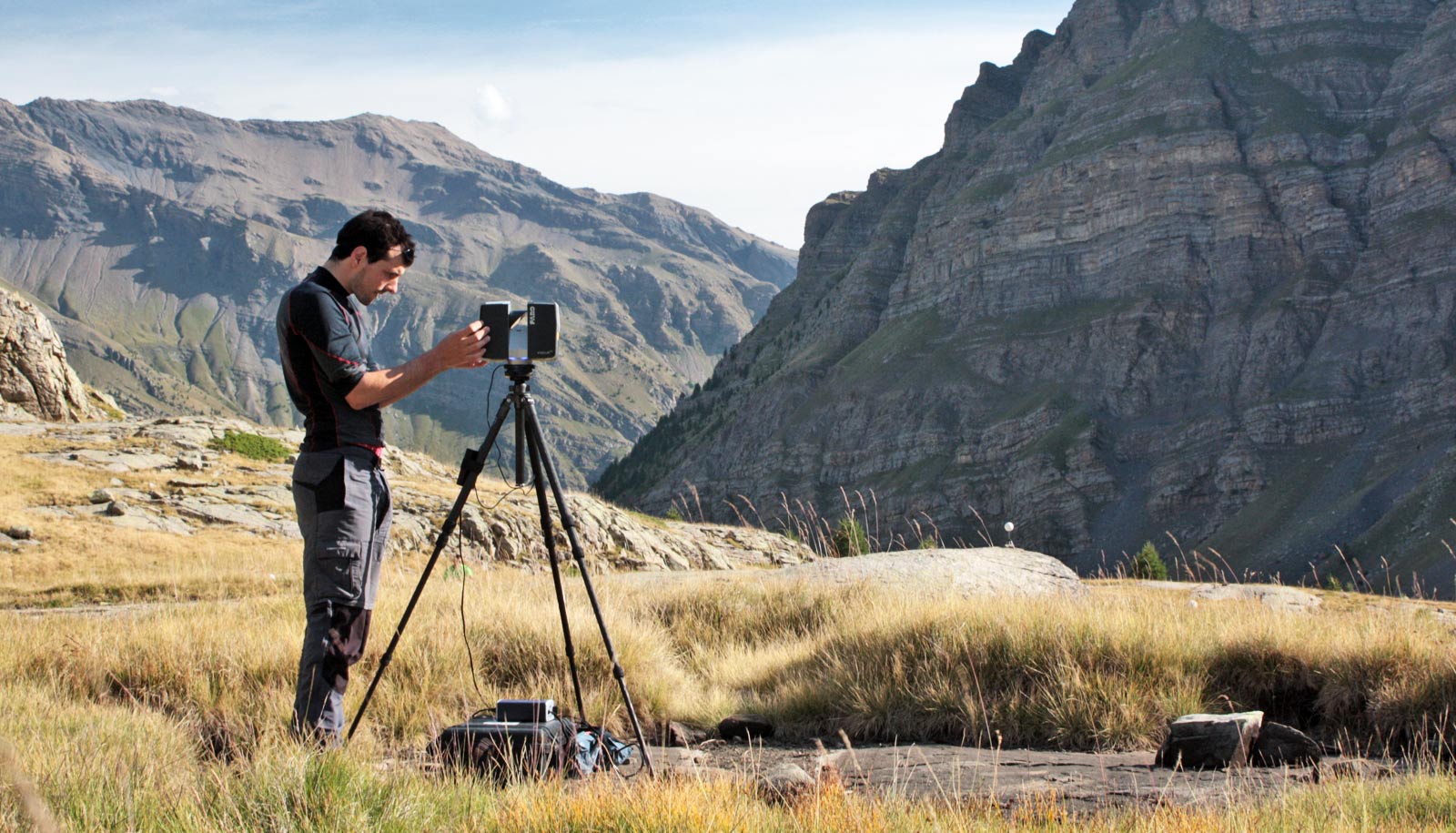 A researcher takes a laser scan of the rock shelter and its landscape. (Credit: K. Walsh)
Previous Next

With only car batteries for power, archaeologists have managed to scan prehistoric rock paintings located in the Southern French Alps.

“After years of research in this valley, the day we discovered these paintings was undeniably the highlight of the research program,” says project leader Kevin Walsh, a senior lecturer in the University of York’s archeology department.

“Whilst we thought that we might discover engravings, such as in the Vallée des Merveilles to the southeast, we never expected to find prehistoric paintings in this exposed area that affords so few natural shelters.

“As this site is so unusual, we made the decision to carry out a laser-scan of the rock shelter and the surrounding landscape, plus a white-light scan of the actual paintings. The scanning was logistically complex as our only source of electricity was car batteries, which, along with all of the scanning equipment, had to be carried up to the site,” he explains.

The team reports their work in the journal Internet Archaeology.

Discovered in 2010, the rock shelter has seen phases of human activity from the Mesolithic to the medieval period, and its prehistoric rock paintings are known to be the highest painted representations of animals in Europe.

The study of Abri Faravel and its paintings is part of a wider project of the University of York and the Centre Camille Jullian in Aix-en-Provence, France. The long-running study, taking place in the Parc National des Écrins, investigates the development of human activity over the last 8,000 years at high altitude in the Southern Alps.

So far, the researchers have excavated a series of stone animal enclosures and human dwellings from the Bronze Age. Artifacts found in Abri Faravel also include Mesolithic and Neolithic flint tools, Iron Age hand-thrown pottery, a Roman fibula, and some medieval metalwork.

However, the paintings are the most unique feature of the site, revealing a story of human occupation and activity in one of the world’s most challenging environments from the Mesolithic to Post-Medieval period.

The case for eating pulses (and what they are)